Pfc. Cristina Fuentes Montenegro, one of the first 3 women to graduate from the Infantry Training Battalion course

The military's gender integration problem is about cultural, not physical, barriers. Here's why they should start at the top, with special operations forces. By Elliot Ackerman

Last month, three women became the first of their sex to graduate from the Marine Corps’ famously grueling Advanced Infantry Training Course. The Marine Corps was asking a simple question by running small groups through these courses in experimental test batches, two to five women at a time: Can the female body withstand the rigors of infantry training? The answer, these women showed, is that it can.

So far much of the debate surrounding integration has focused on the physical capabilities of women, as if this were the singular issue. Admittedly the strain of infantry training, or even combat, is relatively easier for a 6-foot tall, 180-pound man, but there are women fit enough to survive these punishing courses. As for combat, well, if we’ve proved anything over the last decade of war, it’s that women can sustain its rigors.

So if the barrier to integrating women into the infantry isn’t a physical one then what is it?

It’s cultural. And that’s why the infantry may not be the best place to start in military gender integration. Instead, as counterintuitive as it might sound, the military should begin with its Special Operations Forces: elite units such as the Green Berets and SEALs. Although not the obvious move, starting here would likely make for a smoother transition over all.

(Related: TRADOC Commander: Train on Ability, Regardless of Gender)

The infantry, our nation’s foot soldiers, exist in a hyper-masculine culture, awash with 19-year old riflemen, “grunts” as they call themselves. For what the infantry does—combat at close quarters—that type of hyper-masculinity works. It creates an unshakable determination to accomplish the mission and to protect your friends. When fighting house-to-house in Fallujah, or valley-to-valley in Kunar Province, technology counts for very little. Culture counts for everything. That doesn’t mean it can’t be altered to accept women, but it will be different. Not better, not worse, but different.

So how do you responsibly alter the culture so women are accepted and the force remains effective?

The solution currently being proposed is to conduct these test cases and then, based on the results, add a small number of women to a 140,000-man infantry force in the Army, Marine Corps, and National Guard while leaving our much smaller 8,500-man force of special operators all male for the foreseeable future. This would drop a very small number of female infantrymen and infantry officers into a culture they’d be too small to affect, putting them at an enormous disadvantage.

The women who pass through the Marine Corps Infantry Officer Course or the Army Ranger School are going to be pretty tough—they’ll have to be. The problem won’t be them. The problem will be convincing the 19-year-old grunts to accept their presence. Grunts are trained to believe they’re the toughest thing wearing two combat boots, a conviction that helps them withstand the brutality that is the very essence of their job. But most will concede there is one thing tougher than them: the special operator.

And therein lies a solution.

The culture of our Special Operations Forces values physical toughness, but it puts its highest premium on attributes such as creative thinking and maturity. The average special operator is in his late twenties. In fact, women already serve in significant, albeit restricted capacities, among the most elite and secretive special operations communities in the Joint Special Operations Command and Central Intelligence Agency. By contrast, in an infantry battalion, women aren’t even allowed to have their names on the rolls.

If the military were to integrate elite formations such as the SEALs, Marine Special Operations and Army Special Forces, a few highly capable women in those communities would provide cultural proof that females can hang with “the toughest of the tough.”

Instead of being dropped into the less nuanced and hyper-masculine infantry culture, these women would prove their mettle operating in a more liberal and flexible special operations culture—and one with more cachet when it comes to convincing infantrymen of their tactical prowess. Once their contributions have been made and seen, some 19-year-old grunt in the 2d Marine Division will have a hard time rationalizing how he’s tougher than a female Captain whose seen active service as a Team Leader with 7th Special Forces Group.

This proposal would also result in a higher initial ratio of women to men, because of the smaller size of our Special Operations Forces. The effect of the higher ratio alone will facilitate a smoother transition.  As General Martin Dempsey said in January when announcing the intention to integrate the military, “we got to have enough [women] so that they have mentors and leaders above them … we have to [have] kind of the critical mass, if you will, to make this work.” Although women would still be significantly outnumbered among special operators, it would be on a much smaller scale.

Integration is happening across our armed forces. My daughter is three and, when she’s eighteen, I expect to have the same conversations with her about combat service as I’ll have with her little brother. I anticipate she’ll have those choices, if she wants them.

The infantry is where I learned what words like courage and friendship truly meant. To my brothers still on active service, the ones who will be shepherding in an integrated military, I’d encourage you to embrace another word: welcome. 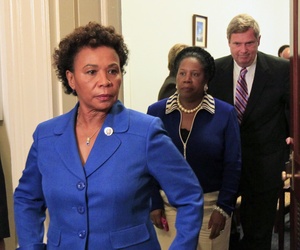 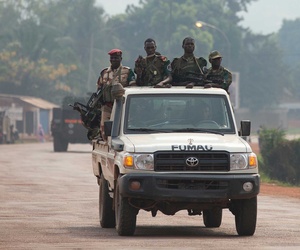 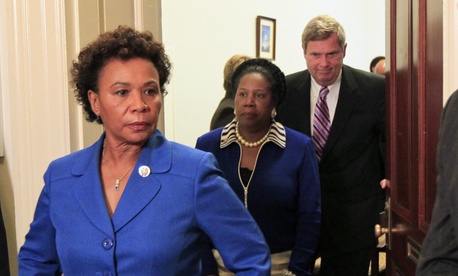 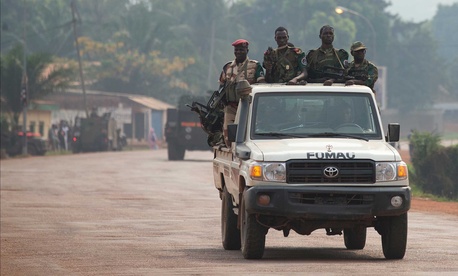