Eric Fanning, under secretary of the Air Force, comes from a military family. But he knew, even back when he was deciding his own career path, that he could not serve in the military if he were to come out as openly gay. Fanning’s six-month stint as acting Air Force secretary that ended in December made him the highest ranking openly gay official at the Defense Department. Now a senior leader in a very different Pentagon, Fanning provides National Journal with an inside perspective on its changed policies.  Edited excerpts follow.

NJ: What was it like to be at the Pentagon when “don’t ask, don’t tell” was repealed?

NJ: Did you notice service members’ or senior leaders’ attitudes change after the full repeal?

EF: The senior uniformed leaders – the generals and the admirals of the Department of Defense – care deeply about the people who serve under them and serve in their uniforms. Whatever they thought about the repeal of DADT, when it was repealed, they had openly gays and lesbians now serving the Army, the Navy, Air Force and Marine Corps. And you watched their attitudes, for those who may have had issues with the repeal, change very quickly— because now all of a sudden [they realized] ‘These are my people, they are serving in my force, and they have volunteered to go into harm’s way, so I’m going to treat them with the respect and dignity and equality of everyone else who wears the uniform.’ That’s part of the ethos of the military and one of the things that made the implementation.

NJ: How did giving equal benefits fit into the repeal process?

EF: We moved to extend benefits as quickly as possible again within the laws that existed outside the Department of Defense, outside of our control… I think DOMA was an awful law, but it helped smooth, I think, the repeal of DADT. Its existence took a number of issues off the table that were outside the scope of our control as the Department of Defense— some of the more contentious issues, like spousal benefits. So we were able to break [the repeal process] into two parts.

NJ: Providing equal benefits, though, was a complex process.

EF: DOMA being struck down opened a whole new set of benefits that weren’t accessible before. But you have systematic, bureaucratic process issues involved. For example, you set up IT systems to prevent false entries. So if you had someone listed as a male and then you put in a spouse that is a male the system might, say, kick it out because it was set up to say that wasn’t right, someone has typed in a problem. We had to go back and change a lot of systems, change a lot of processes, change a lot of instructions that had all been written before the implementation.

Internationally, you have Status of Forces Agreements with countries in which we have forces, in which we have bases, so we had to work with the State Department to make sure we were updating all of those agreements and not violating anything. It just took a lot of time to work through the legalities of it and then extend those benefits. Secretary Hagel was clear that we respect all who serve and everyone is entitled to the same benefits as everyone else who serves. There was a tremendous amount of leadership oversight and pressure to move forward on this as quickly as possible.

NJ: What still needs to be implemented?

EF: An organization that’s this large, that’s global, that’s dealing with multiple governments, we’re still finding things that we need to stamp out or fix. The thing, from my perspective watching this, that’s taken the longest are same sex couples, married couples, that are deployed overseas. That’s just been the most difficult because it’s complicated in terms of the number of benefits and the steps involved here in the Department of Defense, but also, as I said earlier, working with foreign governments to make sure that our SOFA agreements are all updated and current. That’s taken a little bit more time than we realized.

NJ: How do you see your role in the gay community?

EF: It’s interesting: Twenty years ago, openly gay people were activists. They were working on behalf of the community, within the community. Now we’re kind of everywhere. I’ve never been secretive about it, but it wasn’t a big part of who I was— until I was nominated for this job. Certainly when I became the acting secretary, it became the first or second sentence after the name in the first paragraph of any article. I think a lot of people are proud that someone now can come this far in an institution that didn’t seem welcome to LGBT individuals. And I think a lot of people are proud that you can do what you want to do now— That you can be active and not just have to be politically within the community, but wherever it is within government or outside government.

NJ: Was it hard to work for DoD under DADT?

EF: It was very difficult. It never applied to me as a civilian. That’s one of the reason I never served— because I knew that I couldn’t. When I first came to Washington, I wasn’t out, but knew that I would be and didn’t want to have to deal with that or keep that secret when that point came. It was very difficult to work for an organization for which some people did not have the same opportunities I had. If you were in the uniform you couldn’t be openly gay.

I joined this administration at the start. President Obama made clear that repealing DADT was one of his priorities. That’s an exciting thing to be a part of. That gives you the hope to keep caring for an institution that was discriminating. When it was coming down to the wire at the end of the first two years and we weren’t sure whether we were going to be successful in the repeal, I did start to question whether I could continue to work here or not – work for an organization where there was discrimination for one part of the organization. Luckily didn’t have to face that question, because we did get that repeal through. Being here for that, being a part of the institution, part of the political leadership was a tremendous experience. 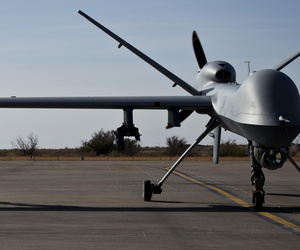 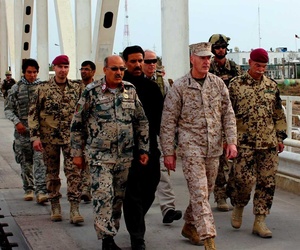 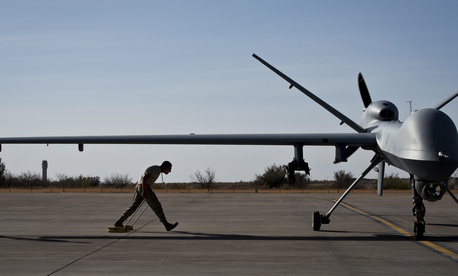 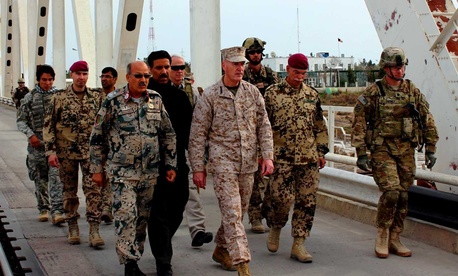