The $397 billion F-35 Joint Strike Fighter program suffers from such severe software problems that it could not conduct operational missions today. By Bob Brewin

The $397 billion F-35 Joint Strike Fighter program suffers from such severe software problems that aircraft could not conduct operational missions today, the Pentagon’s chief tester said in his annual report to Congress, which was released to the public yesterday.

Contractor Lockheed Martin Corp. develops the F-35 software in three blocks. The first is designed to support training, followed by a second block for initial combat operations. The final block for full combat operations is expected in 2019, 23 years after the Pentagon signed the contract to acquire just under 2,500 of the aircraft for all four services.

The report from J. Michael Gilmore, director of operational test and evaluation for Defense, said Lockheed Martin delivered an incremental version of the Block 2 F-35 software for installation on the Air Force F-35A variant and the Marine Corps F-35B vertical takeoff aircraft in early 2013, but that software was far from complete.

“The teams at both test centers [Edwards Air Force Base and Naval Air Station Patuxent River] determined the initial version of 2AS3 to be deficient in providing the necessary capabilities for unmonitored flight operations under night and instrument meteorological conditions,” Gilmore wrote, noting: “The test centers completed testing of Block 2AS3.1 in June; however, the certification to allow F-35A and F-35B production aircraft to fly at night or in [instrument meteorological conditions] had not been released as of the time of this report.”

Although the software was intended to provide more mission systems capability, “poor sensor performance and stability, excessive nuisance warnings, and disproportionate pilot workload required for workarounds and system resets made the software of limited utility for training,” the test report said.

“In any type of operational mission scenario, the performance of the software would be unacceptable,” the report warned. Gilmore projected the final version of the 2B software will not be released until July 2016, 13 months behind schedule.

Another area of concern for testers is the helmet-mounted display system that F-35 pilots use to operate the aircraft. Problems have plagued the system for years, and continue to do so, Gilmore reported.

The system displays navigation and weapons information as well as the location of enemy aircraft based on radar feeds. According to the report, Lockheed Martin managed to fix problems with jitter in the display, but these fixes introduced instability or “swimming” of the projected symbology. Also, night vision acuity was unacceptable and light leaks into the helmet required pilots to fine tune the symbology brightness, adding to their workload, the report said.

System maintenance over time also is a concern. Lockheed Martin has developed an Autonomic Logistics Information System, which the company describes as the “information infrastructure” to support maintenance of the aircraft and supply chain management based on transmission of aircraft “health” data while in flight.

However, Gilmore noted, “The ALIS is immature and behind schedule, which adversely affects maintainability and sortie generation. Shortfalls in functionality and data quality integrity require workarounds and manual intervention.” 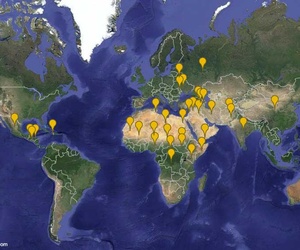 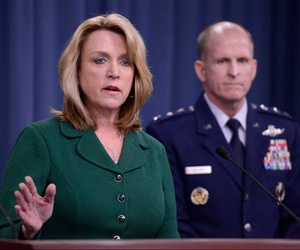 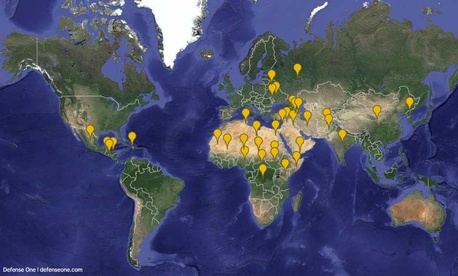 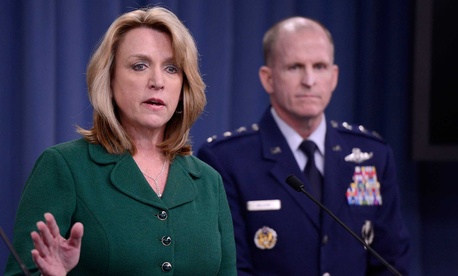