In a Crisis and Beyond: Platforms Make Scalable Government Innovation, Modernization a Reality
Skip to Content
What you need to know about the defense industry - in your inbox.
Business
One Does Not Simply Embed US Troops In Iraq

It may be tempting to put U.S. troops alongside Iraqis on the front lines against ISIS, but it would be far more difficult and complicated than it may seem, the military’s top officer told Congress Wednesday.

Augmenting an Iraqi unit with a U.S. specialist — say, a joint terminal attack controller, skilled in guiding air strikes — would require a lot of hidden support.

“This not just about putting three JTACs forward. It’s about putting a medevac capability, and a combat search-and-rescue, a personnel recovery capability and a [quick reaction force],” Gen. Martin Dempsey, chairman of the Joint Chiefs of Staff, said at a House Armed Services Committee hearing. “So 15 people might require 150.”

Currently, American forces in Iraq are limited to training and advising military units and tribal forces at bases and operations centers throughout the country. Last week, the Obama administration announced it would send an additional 450 U.S. troops for that purpose to Taqaddum, an air base about 70 miles west of Baghdad in eastern Anbar province.

The U.S. military has combat search-and-rescue and medevac forces positioned to rescue pilots downed on strike missions inside Iraq and Syria. These units, including the elite Air Force units that fly the HH-60 Pave Hawk CSAR helicopter, are based in neighboring countries, Dempsey said. 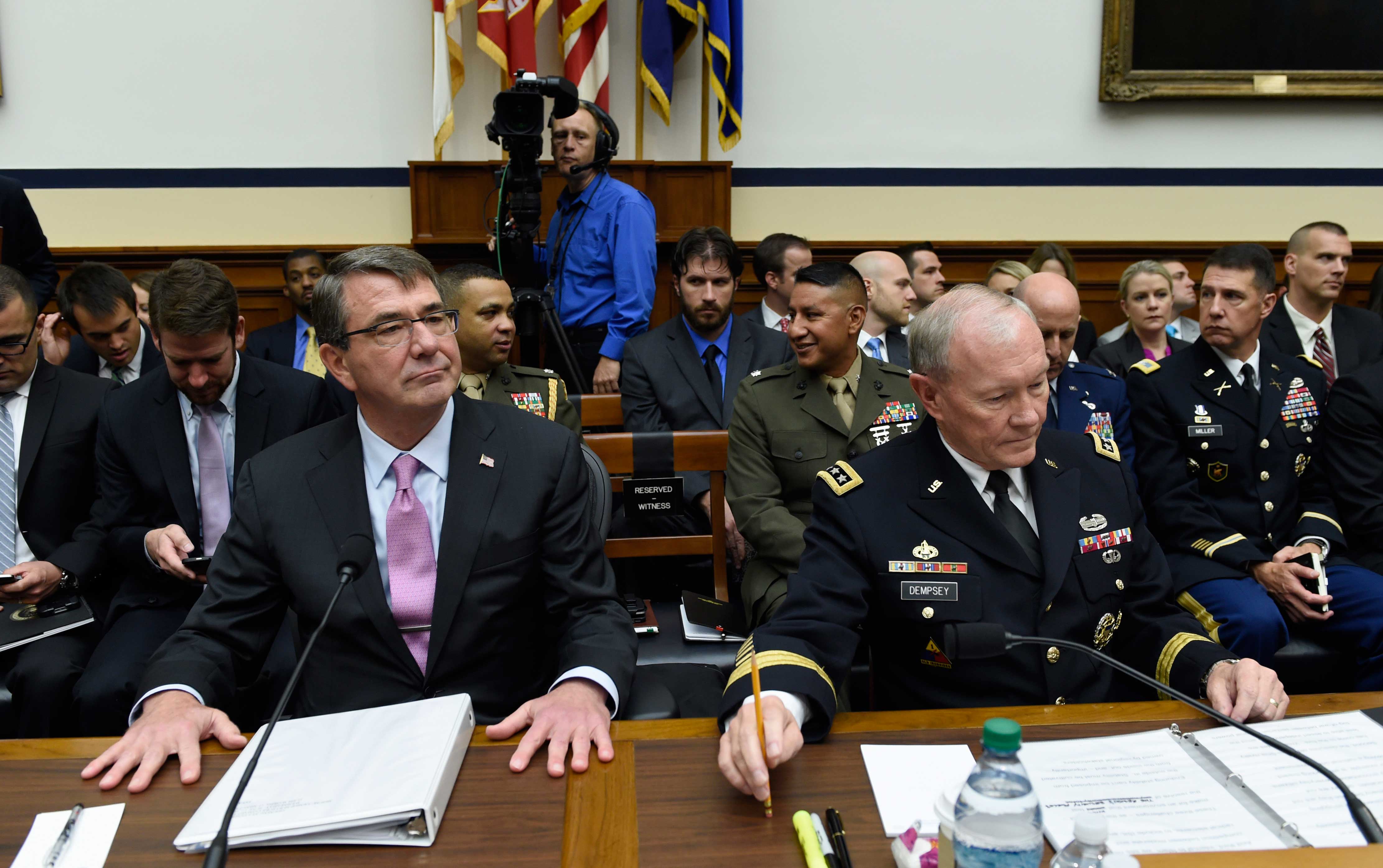 But if JTACs were embedded with Iraqi forces, these rescue and medevac units might need to be moved closer to the battlefield. “If we expand this, we’ll have to address it,” Dempsey said.

Basing aircraft in a warzone is not as simple as sending pilots, pararescuemen and maintenance crews to a base. Additional forces are needed to make sure the aircraft are secure. Security personnel can easily outnumber aircrew.

But keeping a safe distance also has its costs. Late last year, the United Arab Emirates reportedly suspended its participation in airstrike missions over concerns that American V-22 Osprey aircraft were positioned too far from the battlefield.

Last month, Gen. Raymond Odierno, the Army chief of staff, said he was okay with more Army trainers deploying to Iraq, and even accompanying Iraqi forces onto the battlefield. “Embedded advisors, with increased risk to our soldiers, probably would make this more effective,” Odierno said.

NEXT STORY: What The Pentagon Has To Do To Recruit Silicon Valley's Nerds