Students work in the Innovations Lab on the Singularity University campus on Tuesday, August 6, 2013 in Moffett Field, Calif.

Defense Department and national security political leaders are eager to attract tech minds. But are they willing to change enough?

Last week, Sen. John McCain took to WIRED to explain how various provisions in the National Defense Authorization Act, or NDAA, would help bring young tech minds to bear on the military’s various problems. “By removing barriers to new entrants into the defense market. By adopting commercial buying practices,” by adding protections for intellectual property and technical data that contractors develop at their own expense, the Arizona Republican wrote, the Defense Department will attract the services of fast-moving Silicon Valley companies and the people who work in them.

Meanwhile, Pentagon leaders are opening a satellite office next to Google headquarters, soon. “One of the reasons that we’re establishing this new presence in Silicon Valley is to have a visual presence out there and get people to think about the DoD as a source of financing and as a potential customer,” Frank Kendall, the department’s undersecretary for acquisition, said at a recent lab day at the Pentagon.

Will all this be enough to draw the attention of the world’s top software engineers? If one were to judge from reader responses to McCain’s op-ed, optimism would seem unwarranted. One of the more polite comments read, “Why would a reputable tech publication such as WIRED allow a politician that doesn’t fully understand the technology he references to write an op-ed that is nothing more than propaganda for increased militarism and corrupt cyber-surveillance?”

“It will be the execution that matters most, and, in my opinion, it will take more than acquisition reform to do it,” said Peter Newell, a former director of the Army’s Rapid Equipping Force who became a managing partner at the Palo Alto-based consultancy BMNT. “My experience tells me our challenge in the future will be less about how long it takes to acquire technology than it is about how long it takes us to realize we have a problem and translate that understanding into something that energizes an ecosystem to take action, an ecosystem that must go well beyond the walls of the Defense Department.”

It will be the execution that matters most, and, in my opinion, it will take more than acquisition reform to do it.
Peter Newell, former director, Army Rapid Equipping Force

Newell said the entire department needs to overhaul its approach to with new ideas. “Within the walls of the Pentagon, they will need to reeducate a generation of civil servants to look for ways to say ‘yes’ to trying innovative concepts rather than excuses to say ‘no.’ Most importantly, at all levels, they will need to develop a new lexicon that embraces the pursuit of disruptive innovation rather than treat it as a threat to the efficiency of the system,” he told Defense One.

Dan Ward has written extensively about how a nimbler approach would benefit the military. “I’d call [McCain’s ideas] a good step,” he said, “a positive move towards resetting the Pentagon’s default away from slow, expensive, complex programs and towards lighter, faster, more agile efforts. I think the next step to really getting Silicon Valley on board is for the DoD — and Congress — to reconsider how it treats failure,” said Ward, a retired Air Force Lt. Col and acquisitions officer. “That is, to let failed projects die like the Valley does, and also to see failure as an investment in learning and a springboard for next time.”

Newell said the Defense Department also needs to foster innovation, experimentation, and research by individual soldiers. “In only rare cases today will you find a military base that offer STEM-based educational programming to its servicemembers,” he said. “If you want to find a 3D printer, the best place to look will be in a barracks room because there isn’t a Maker Space or TechShop on any installation today.” These are DIY havens where people can collaborate and receive tutorials on everything from modifying consumer drones to 3D-printing plumbing parts. “Nowhere will you find a FIRST Robotics competition for military servicemembers, nor will you find ‘hacking problems’ to be the intramural sport that it should be,” he said. “All represent problems that will take a coalition beyond the Pentagon to fix.”

Of course, the government can’t fund the enterprise of providing for a common defense in the same way that a VC outfit in Palo Alto can fund a dating app. The latter needs only to provide a service to a user base at below cost and prove that it can do so at scale. The former must be fully accountable to the public, and Congressional oversight is rather different from a board of directors.

But while acquisition rules have definite benefits like reducing unfair competition, “those same checks and balances when applied in the innovation space tend to kill it,” Newell said. In virtually every study on innovation within corporations, he said, “researchers acknowledge the need to create a sandbox or playground where the gritty, rough and tumble work of innovators can be done without being held to the same standard of scrutiny of the rest of the system while also protecting the system from the destructive behavior of the innovators. Work in these boxes should be judged or scrutinized not on what they are currently doing but rather on what they have finished and only after they have finished.”

The government can’t fund the enterprise of providing for a common defense in the same way that a VC outfit in Palo Alto can fund a dating app.

Newell said setting up such a space “will require some legislative ingenuity.” He recommends that lawmakers create a fund to underwrite and reward innovative solutions to mundane problems, as distinct from just funding R&D. They could also work with the Defense Department to identify areas where restrictions and requirements could be modified or suspended.

Among other things, this might encourage smart network or software engineers to do a stint in government or the military. “For example, personnel policy restrictions on the use of the Intergovernmental Personnel Act could be suspended to allow a free flow of talent from commercial organizations into government service for specific projects/periods of time while allowing them to be paid at competitive commercial rates,” he said. The act currently covers only people coming from state governments, universities, or private organizations, he said.

The Pentagon has already made some movement in that direction, announcing in April the goal of recruiting thousands of private-sector cyber security professionals as a “surge force” — in essence, a cyber National Guard.

Ward said that although a faster acquisition program would seem to offer less public accountability, the reverse is actually true. “The more time we spend, the harder is it to keep people accountable because of personnel turnover,” he said. “Who gets held accountable for a 10- or 20-year project? Is it the person who starts it and makes early decisions, or the person who’s holding the bag at the end?”

Finally, the importance of attracting top software minds is only growing as software’s importance does. Even as the Pentagon buys fewer ships and aircraft, it’s buying far more code, and that code can be produced by far more companies and at far lower risk than jets or warships. “The trick is creating a system that is flexible enough to adjust the level of oversight to the nature and risk of the acquisition,” said Jason Tama, author of a upcoming policy paper from the Brookings Institution on defense acquisition reform. “Not all acquisitions are created equal in this respect, and the current system doesn’t necessarily do a good job recognizing this.”

Ultimately, Congress must help turn smarter-and-cheaper into a key consideration for everyone in DoD. 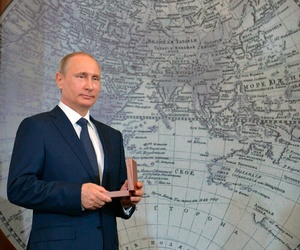 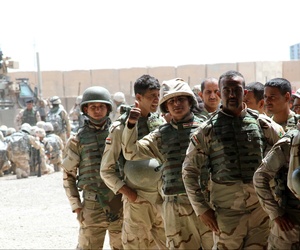 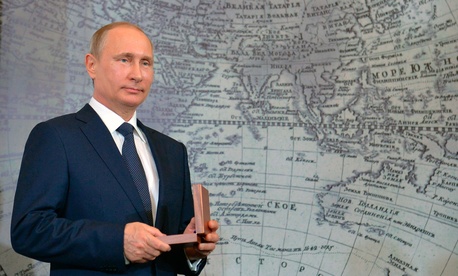 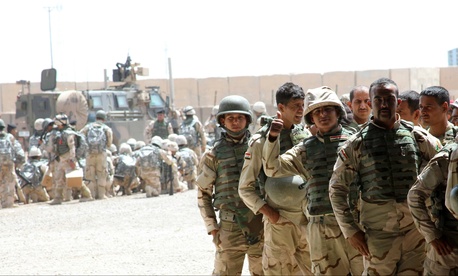