Like the US, the alliance as a whole is readying forces for a full range of combat scenarios — and planning a historically complex exercise.

NATO is preparing to hold its most complex military drills in decades — perhaps since the Cold War — as it readies allied troops for a range of hybrid combat scenarios that they might face in coming years.

Tens of thousands of troops, hundreds of aircraft, ships and submarines are expected to participate in the October-November exercises in and around Spain, Portugal and Italy. The last time NATO assembled so many forces for a wargame was in 2002; this year’s event is considered even more complicated.

“We need forces prepared to do their job and it appears that their job is more and more demanding,” French Air Force Gen. Jean-Paul Paloméros, leader of the NATO command that coordinates alliance training, told reporters in Washington Wednesday. “In terms of intensity, this exercise is stronger than NATO has been training [for], perhaps since the end of the Cold War.”

Called Trident Juncture 2015, the exercise will simulate many types of scenarios that have popped up over the past 13 years, including cyber attacks and ballistic missile defense. By contrast, NATO forces have spent most of the past decade fighting counterinsurgency in Iraq and Afghanistan.

Earlier this month, the Army conducted a similar hybrid-style exercise in California, one of its own most complex drills in more than a decade. That exercise is part of a larger push by Army leaders to prepare units for a high-end war, a form of combat that received short shrift as hundreds of thousands of troops waged counterinsurgency campaigns in Iraq and Afghanistan.

The goal of Trident Juncture is to re-train in maneuver warfare, “which is an expertise that we have lost for the last two decades because of the nature of operations in which we were involved,” Paloméros said.

The alliance now plans to run exercises like Trident Juncture every three years. “This is ambitious enough and it gives us the time to prepare, to plan and to take the full benefit of this big investment,” Paloméros said. The next exercise like this will take place in Northern Europe – Norway, the Baltic Sea and North Sea – and will include an Article 5 scenario, in which the alliance must respond to an attack on a NATO country.

More than 36,000 NATO troops from 27 alliance member countries and seven partner nations will participate in Trident Juncture, along with more than 140 aircraft, 60 ships and submarines.

The exercises will begin in mid-October with aerial combat drills in Italy before shifting to land and amphibious combat exercises in Spain and Portugal in early November. The alliance agreed to hold this exercise at its 2012 summit in Chicago, before Russia invaded Ukraine and put NATO on high alert.

The exercise will test the alliance militaries against a range of threats, including Afghanistan-type scenarios, cyber attacks, ballistic missile defense and a humanitarian crisis.

“We tried to inject the hybrid approach,” Paloméros said.

The drill include scenarios that NATO forces could face: fighting better-equipped and more traditional militaries, like Russia. Air defense and anti-access drills are parts of the exercise.

“Those are very demanding risks and threats that we have to face almost all around the globe because a lot of countries are putting a lot of money to reinvest in their defense,” Paloméros said. “We must take that into account in the NATO equation.”

Europe’s southern border and migrant trafficking from Africa and the Middle East has been a major concern of the NATO brass in recent years. Today, Austria found the decomposing bodies of dozens of suspected migrants in a truck, the New York Times reported. Military officials fear militants could find their way into Europe though these types of smuggling operations.

“In our vision of the future, we thought the south was really concerning,” Paloméros Paloméros said.

The French general, who is retiring in coming weeks after more than 40 years in the military, touted previous NATO training for allowing some alliance members to rapidly and easily coordinate with one another during the airstrike campaign against Islamic State militants in Iraq and Syria.

How JSOC Harnessed Networks To Take on Terrorists 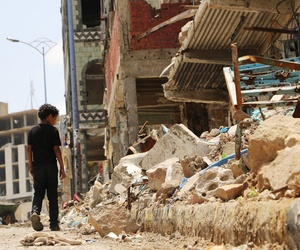 Who's Leading the World's ‘Counter Violent Extremism’ Efforts? No One

How JSOC Harnessed Networks To Take on Terrorists 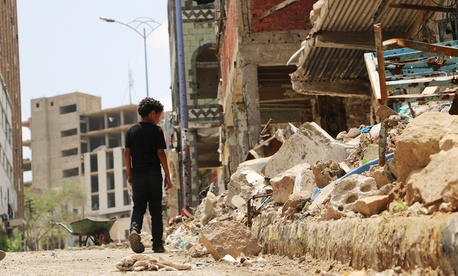 Who's Leading the World's ‘Counter Violent Extremism’ Efforts? No One