What a week. First an arms deal with Saudi Arabia worth up to $110 billion, followed by the whirlwind that is Budget Day.

Defense officials reiterated this week that the Pentagon’s $639 billion budget proposal for 2018 is not about a huge military buildup, and the newly released numbers say exactly that. President Trump’s first budget request would allocate $208.6 billion to investment accounts, the funds that create and buy equipment and weapons. That’s about 5 percent over the $198.8 billion that Congress approved for 2017. But here’s what interesting; just about all of that increase is in research-and-development spending, which is up almost 13 percent. Procurement is essentially flat year-over-year.

Overall, there weren’t many surprises — or many journalists to cover them. But more about that later.

You’ve reached the Defense One Global Business Brief by Marcus Weisgerber. Happy budget week! Find anything interesting, unique, shocking in the budget docs? Send them my way at mweisgerber@defenseone.com or on Twitter @MarcusReports. Check out the Global Business Brief archive here, and tell your friends to subscribe!

In a reversal, the service will not retire three Cold War-era planes still making an impact on the battlefield.

Company officials say the decision to let L3 pick the aircraft means a choice has already been made.

It’s still a lot of talk and no final sales, but long-stalled deals worth billions just got moving again.

The most handy budget documents for defense business types:

We’ve written a lot about a looming space war, now here’s some financial proof. The Air Force is proposing a 20 percent boost in funding for space. First the numbers: The Air Force has requested $7.755 billion for space projects in 2018. Approximately $3.4 billion is for buying stuff and about $4.3 billion is for development work. The numbers are compared to the $6.49 billion the Air Force requested for 2017 (check out the item below to see why I’m comparing the 2018 request to the 2017 request instead of the 2017 appropriation). The budget focuses on projects to make satellites more resilient, aka able to withstand an attack, Maj. Gen. Roger Teague, the director of space programs in the Air Force acquisition office.

Let’s step away from the budget. Asked if the military was considering basing missiles in space or interceptors in space (or studying the feasibility of doing so), here’s what Teague had to say: “It’s imperative that the United States preserve freedom of action and freedom of maneuver and that our abilities to preserve the capabilities and effects provided to America and our allies and friends. I won’t detail what actions we are taking to any kind of counter-space capabilities that we might have. I would just simply note that it’s important that we recognize the rising threat environment and that we are taking action to defend ourselves if necessary.”

The Pentagon did not include five-year projections in many of its budget documents, which drew criticism in Congress. Defense officials say it’s because the Trump administration has ordered a stack of reviews that will shape future investments.

The Obama administration did the same thing with its first defense spending proposal for fiscal 2010. And they were also slammed for leaving out the projections.

Another budget document faux pas: the 2017 figures listed in the budget documents come from the Pentagon’s budget proposal, not what Congress actually appropriated. Officials said that’s because lawmakers passed a 2017 appropriation just a few weeks ago. But it makes it harder to compare this budget to those of prior years.

Another group not happy about the lack of projections: Wall Street. Several analysts pointed in notes to investors that these factors make it hard to predict winners and losers. Capital Alpha Partners’ Byron Callan summed it up like this: “The Big Winner is Uncertainty.”

A New Twist in the Compass Call Saga

To summarize: The Air Force wants to move the electronic warfare electronics from the EC-130H Compass Call to a new plane. It’s wants  L3 Technologies — the company that installs the equipment on the EC-130 — to choose the new plane. Back in February, Lt. Gen. Arnold Bunch the military deputy for Air Force acquisition, wrote congress saying L3 would be named the “lead system integrator,” allowing it to choose the new plane. But at a Thursday House Armed Services seapower and projection forces subcommittee hearing, Bunch said L3 would be a “systems integrator.” Leaving off the word “lead” is a big deal since a “lead systems integrator” is an acquisition method that grants a contractor the power to make decisions typically made by the military. (Bunch also used the term “lead system integrator” in a March 20 interview with me.) At the hearing Thursday, Bunch was asked about these discrepancies. “I misspoke … and I’ll go back and clarify what we’re doing, but it is a systems integrator role is what we’re asking L3 to do. I apologise for any confusion,” he said. Bunch told lawmakers he would “go back and we will work though that to make sure that the position we’re taking is clear to the committee and what we’re trying to do.”

We’re launching a new event series, called the Global Business Briefing, in which I will sit down for one-on-one chats with top-level leaders from across the defense industry in front of a live audience. I’ll even allow attendees to ask some questions. First up, Leanne Caret, president and CEO of Boeing Defense, Space & Security. The timing is good for this briefing since it’s the week before the Paris Air Show. That’ll give us some good topics for discussion. It’ll be held at Defense One HQ in The Watergate. Want to come? Sign up here.

Catching Up on Something from the Past, Part 1

Back in February when I met with Stu Voboril, senior director of global sales and marketing for Boeing’s Phantom Works, he was super jazzed up about a big win the company had for a space project. Only problem is, he couldn’t tell me the specifics. Now we know what he was talking about. This week we found out that DARPA picked Boeing build a new space plane. My colleague Patrick Tucker has all the details here.

Catching Up on Something from the Past, Part 2

We told you about Wisconsin Gov. Scott Walker urging President Trump to buy three Littoral Combat Ships in his 2018 budget proposal. How many ships does the Navy plan to buy? Just one. Wonder if Walker will ask POTUS to give back that “Make the Bucks Great Again” hat?

And One More Thing

Budget Day has lost some of its luster, in my humble opinion. Why? Budget caps are part of the reason. Gone are the days of surprises. There are few new policy proposals; the ones that are proposed are typically small. Don’t read that as me advocating for more money, or less. It’s just an observation.

The last Budget Day of consequence was in April 2009, when Defense Secretary Robert Gates sat down at a desk in the Pentagon briefing room and killed program after program. Gates said the cuts would save taxpayers $330 billion.

Heck, many reporters don’t even show up for the Pentagon’s budget briefings anymore. This year, there were plenty of open seats around me. To be sure, many of those journalists were monitoring the briefings via webcasts so they could tweet and write at the same time. But it means fewer questions get asked.

Pentagon officials say President Trump’s military buildup will begin in 2019. That budget plan should hit the streets next February. There should be some fireworks. Hopefully, more of my colleagues will choose to show up. 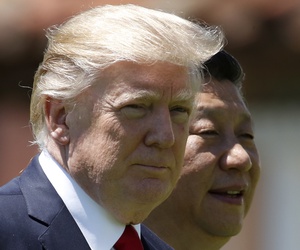 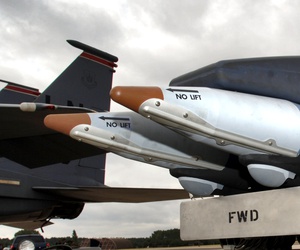 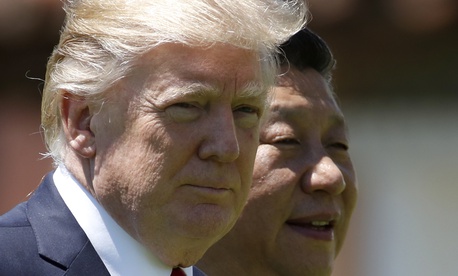 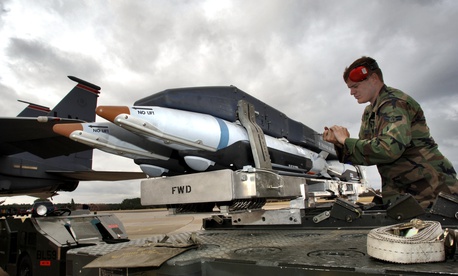