Despite Wall Street’s recent roller-coaster ride, defense firms have largely been in good shape. As they reported first-quarter earnings for 2018 this week, we got to hear what CEOs think about the budget deal passed by Congress earlier this year and how it’s changing their calculus.

Lockheed Martin is certainly a fan. In fiscal 2018 alone, the two-year budget deal added more than $7 billion for projects the company runs, Chairman-CEO-President Marillyn Hewson said on her quarterly earnings call. She called the plus-up “a clear sign of the strong support our broad portfolio has garnered from the customer community.”

During Boeing’s call, I asked Chairman-CEO-President Dennis Muilenburg how the company’s outlook is being affected by the budget deal and other politics, like President Trump’s visit to the company’s Super Hornet production line in St. Louis.

“From a macro standpoint, again we’re encouraged by the strength of the U.S. defense budget.” Muilenburg said. “I think after several years of having to endure the damage of sequestration and a challenging defense budget, we’re now seeing reemerging strength of that budget supported by both parties, and we’re encouraged by the future year plans that we’ve seen. That is something that has bolstered our expectations for our defense business going forward.”

Side note: Boeing is the only company that allows reporters to ask questions on its earnings calls. Maybe other firms should follow suit.

“We’re seeing some clear demand signals from the customer,” Raytheon Chairman and CEO Tom Kennedy said Thursday during the firm’s quarterly earning call. The 2018 appropriations bill had “significant plus-ups across many of our programs,” he said. “We expect to see some of those bookings in ’18 and we expect to see the impact of sales in 2019 and beyond.”

Northrop Grumman Chairman and CEO Wes Bush: “These actions should provide our customers a more stable and near-term funding environment in which to execute their important missions.”

JEDI Will Be Just One of Many Clouds, Says Pentagon’s No. 2 // Frank Konkel and Marcus Weisgerber

The giant, groundbreaking IT contract may cover just a fraction of the cloud-services orders to come.

The move is intended to deter Russia or China from shooting down spacecraft — and provide backups if they do.

Mattis and Dunford have open hearings at the Armed Services Committees, but will talk over their $686.1 billion request with House appropriators in private.

Missile Defense Review: It was once slated to come out months ago, but Deputy Defense Secretary Patrick Shanahan says it will be released soon. “I would expect to see something out and available probably in the next few weeks,” Shanahan said Tuesday at a Defense Writers Group breakfast. “It’s in final review right now.” The report will talk about “current capability and capacity and how we’re expanding that.” Shanahan said the report has been delayed because Pentagon leaders, including himself, spent a lot of time at the end of last year working on the new National Defense Strategy and the Nuclear Posture Review. Also, Shanahan wanted to tackle the Missile Defense Review with John Rood, the policy undersecretary who was only confirmed in January.

Industrial Base Review: Another much-anticipated report is expected around May 15, according to Ellen Lord, defense undersecretary for acquisition and sustainment. “What comes up, which is quite alarming” is that “we have an amazing amount of dependency on China,” Lord said Tuesday during a panel discussion at U.S. Chamber of Commerce event celebrating the launch of the group’s Defense and Aerospace Export Council. She said the report looks at rare-earth minerals. The report responds to an executive order issued by President Trump last year.

There’s still no deal for the 11th batch of F-35 Joint Strike Fighters, but folks at the Pentagon and Lockheed Martin seem more upbeat than they were a few months ago.

“We’re talking,” Undersecretary Lord said after her Chamber of Commerce speech on Tuesday.

Recall that F-35 program manager Vice Adm. Mat Winter in February said he was “not as satisfied with the collaboration and that cooperation by Lockheed Martin.” Soon afterward, Lockheed CFO Bruce Tanner shot back that Pentagon negotiators have in recent months become more unpredictable and willing to ignore precedent in contract talks writ large.

On Tuesday, Tanner (during Lockheed’s earnings call) said, “We’ve seen some progress recently in concert with the joint program office, closing on some open items that I think will hopefully foretell some good signs relative to getting the whole program closed in the not too distant future.”

Said Lockheed chief Hewson: “[W]e feel pretty good about getting to closure in the near term.”

Lockheed and the Pentagon are also arguing over over who will pay for fixing production errors on some F-35s. Earlier this month, the military stopped accepting planes from the contractor.

Lord: “I know the the [F-35 joint program office] is in conversations right now and Adm. Winter felt pretty bullish about it” on Tuesday.

Tanner: “Our expectation would be, come second quarter, hopefully we’ve got this behind us and there will be no impact to cash in the second quarter.”

Hewson called the dispute a “contractual issue” said the delays are not slowing production. “We’re confident we’re going to meet our delivery this year of over 90 aircraft,” she said.

So what does the Pentagon want from Lockheed? “We just need them to manage the program well and take advantage of all the opportunity that’s in front of them,” DepSecDef Shanahan told me on Tuesday’s Defense Writers Group breakfast.

Speaking of Shanahan, here’s a comparison you never would have heard him say publicly when he was working for Boeing.

“When I was on the 787, there were lots of questions about it not being a good program. It’s a great airplane,” he said at the breakfast. “The F-35 is a great airplane. The comments that I make about the F-35 are about program execution. There’s a real difference. The airplane itself is a high-performing, advanced, fifth-generation fighter.”

Lockheed Martin: A few weeks ago, we told you Lockheed would develop a supersonic X-plane for NASA. The goal: quieter sonic booms. Could a successful demonstration lead to Lockheed building commercial airliners again? “[I]n terms of our foray into the commercial aircraft aviation side, we don’t read too much into this,” CEO Hewson said, noting that NASA’s focus demonstration is “low boom” technology.

General Dynamics:  Phebe Novakovic, GD’s chairman and CEO, says China’s threat of tariffs on American-made aircraft — like the ones built by her company’s Gulfstream division — were discussed at a recent airshow in China. “The reports from our people who attended the Asian Business Aviation Airshow was that the talk of Chinese tariffs on business jets was more of a media discussion. It has not caused any deal discussions to stop. In fact, it may have stimulated some near-term activity. The Chinese customers believe that the question of tariffs will be resolved. Other than that note of caution, we are optimistic about the market and our sales activity.”

Boeing: The company plans to increase 767 production from 2.5 planes per month to three in 2020. “Today’s 767 freighters are the best they’ve ever been and the demand for the 767 continues to grow from both freight and military customers around the world,” CEO Dennis Muilenburg said. The U.S. Air Force KC-46 tanker is based on the 767. Perhaps the airliner will be the next Air Force Two or Doomsday plane?

Northrop Grumman: The firm still expects to close its acquisition of Orbital ATK in the “first half of the year,” according to Kathy Warden, Northrop president and COO. “We also continue to make good progress on integration planning including potential cost, operational and capability synergies,” she said. “We’re excited about the innovative future offerings, we expect our combination to yield for our customers.” The deal received European Commission approval in February. “[W]e continue to support the regulatory process in the U.S.,” Warden said. Bonus: CEO Bush said he sees more Pentagon projects heading under the classified umbrella. “[W]e do see a trend in the direction of additional restricted activities,” he said. “I think it is a reflection of the security environment that we are all operating in these days, that the growing understanding that drive technological superiority means that you actually need to keep a number of important aspects of activities classified.”

Textron: CEO Scott Donnelly on the V-280 tiltrotor that Bell is developing for a U.S. Army competition. “[F]ollowing the first flight of V-280 Valor in December, the aircraft continues to demonstrate its agility and maneuverability, hitting new milestones in the early stages of a flight test program as it moves towards operation in full airplane mode,” he said

Raytheon: The firm was still holding its earning call as I filed this morning, but CEO Tom Kennedy noted the Pentagon’s focus on near-peer threats and new technology. Like Northrop’s Bush, Kennedy noted that Raytheon’s classified work has increased. “We’re getting strong signals from the department that this is an important area,” he said of the focus on the near-peer threat. “We’re seeing these growth activities across all of those technology areas. We’re in the right place at the right time.”

You’re thinking of this right? No we’re talking about a swarming drones project out of the Defense Advanced Research Projects Agency. Last week, they launched the project’s third phase with a $38.6 million contract to Dynetics, a company we’ve talked about a few times. The program aims “to accelerate the ability to perform aerial launch and recovery of volley quantities of low-cost, reusable unmanned aerial systems,” Dynetics said in a statement. “This capability, once demonstrated and matured, enables a significant expansion of distributed architectures for airborne operations. We have a good projection and transparency here over the next several years for growth.

Caitlin Hayden, a former National Security Council spokeswoman during the Obama administration, has been named vice president of communications at the Aerospace Industries Association, one of the defense industry’s largest advocacy groups. She was previously an executive at Edelman. 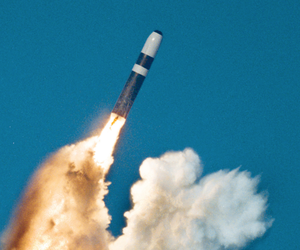 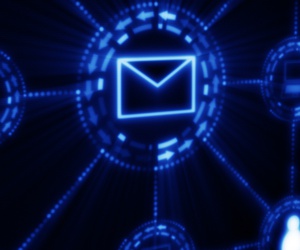 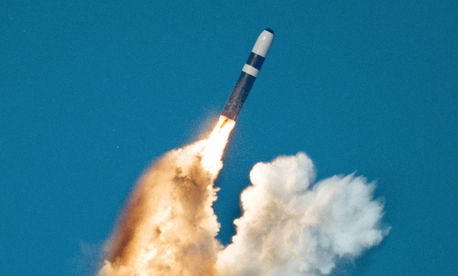 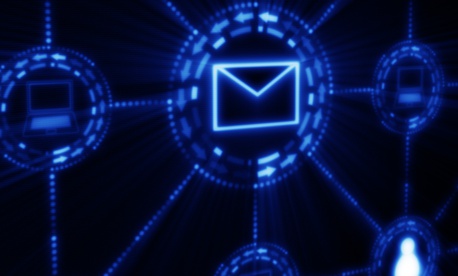