Folks attending the Farnborough Air Show in England this week talked about two things in short supply: news and noise.

To be sure, major arms deals are rarely expected here (or in Paris), both shows where the commercial market. It’s not Dubai, where a secretive government might announce a multibillion-dollar weapons purchase. Still, folks’ expectations of at least one major surprise went unfulfilled.

But a bit of reflection about the week’s themes and trends should clear up the airshow blues. Here’s one: America’s allies are starting to look toward a next generation of fighter jets, beyond today’s planes and even the F-35 Joint Strike Fighter. BAE Systems unveiled a full-scale model of a new twin-engine fighter that will replace the Eurofighter Typhoon. BAE calls it the Tempest (now there’s an incredibly English name). They say it’s a sixth-generation jet, one past the U.S. F-22 Raptor and F-35, and will first see service in the 2030s.

Separately, France and Germany are working on a new fighter jet project, led by Airbus; Japan, Turkey, and India have their own efforts. So the fighter-making game is heating up. I ran into Richard Aboulafia, vice president for analysis of the Virginia-based Teal Group (who, for some reason, I see more overseas than in Washington), who seemed a bit giddy about all of the new fighter jets in development. He said it reminded him of the early 1980s, when the current generation of fighter jets were first conceived.

The show also heard lots of talk about counter-drone technology. L3 Technologies and Raytheon held briefings on the subject, the latter showing off an ATV-mounted anti-drone laser developed on its own dime. What’s interesting is that it’s palletized and the technology is scalable. That means it can go on large and small vehicles. If you put it on a bigger truck, the laser can have more power. And unlike expensive missiles, it costs mere cents per laser shot. (Remember the story about the Patriot interceptor being used to shoot down a quadcopter drone?) Raytheon is also working with U.S. Special Operations Command and the Army to create a helicopter-mounted version. “The state of industry today has gotten us to a point where we’ve got mature [technology],” said Evan Hunt, who works business development for Raytheon’s high-energy laser projects. The system has already shot down nearly 40 drones in tests. “We’re working very closely with the U.S. government … in hopes of getting the licenses we need to provide this capability to our coalition partners that desperately need cost-effective solutions to this small drone threat.”

Back to L3. They brought two planes: a weaponized version of the Air Tractor cropduster called the Longsword, and a maritime patrol aircraft based on a Bombardier Q400. Think counterterrorism for countries that cannot afford high-performance fighter jets and high-end patrol planes like Boeing’s P-8. It was a bit strange seeing the L3 logo along the Farnborough flightline, but the firm has been out there talking more since new CEO Chris Kubasik took over earlier this year. And remember, he wants grow the company and have it viewed alongside the big prime contractors, like Boeing, Lockheed Martin, Raytheon, and Northrop Grumman. People do take note of the logo on the tail of a plane at an airshow.

Finally, Farnborough is still a place to get business done, one of the few places that brings so many aviation companies and customers together. Raytheon held 600 meetings, according one employee. That’s a lot.

Now let’s talk about the noise, or lack thereof. The flight demonstrations largely involved commercial planes, including Boeing and Airbus jetliners (though an F-16 flew on Wednesday). The planes make steep takeoffs and high-angle banks, but it’s not the twists and turns of a fighter jet. At least three people told me: “I could see this at Gravelly Point,” referring to the park on the Virginia side of the Potomac River at the end of the Ronald Reagan Washington National Airport runway. It’s a great spot for watching planes making the steep climb out or the tight right turn into DC. That largely reflects the new restrictions on airshow maneuvers installed since a 2015 plane crash killed 11 people at an air show in Shoreham, England.

You’ve reached the Defense One Global Business Brief by Marcus Weisgerber. I’m on a plane again, heading back to Washington after a week in London. For you AvGeeks, I’m on a Boeing 787 Dreamliner, which is a bit more comfortable than the much smaller 757 I hopped across the pond on last week. Reach out and say hello to: mweisgerber@defenseone.com or @MarcusReports. Check out the Global Business Brief archive here, and tell your friends to subscribe!

Boeing Is Pitching the US a New F-15, Using Its Super Hornet Game Plan // Marcus Weisgerber

The company convinced the Trump administration to buy advanced F/A-18 jets. Can it do the same with the the F-15?

The Pentagon intends to start assessing its weapons’ resistance to hacks, instead of leaving that to manufacturers.

Two very different scenes played out in Europe in the days leading up to this week’s Farnborough Air Show.

We chatted on Tuesday, day two of the Farnborough Air Show. In addition to running Raytheon, Kennedy is the chairman of the Aerospace Industries Association, one of the sector’s leading advocacy groups. Here are some excerpts and takeaways from our conversation:

Hey, a defense deal! The Netherlands said it would buy four unarmed MQ-9 Reaper drones. The deal has been in the works for more than three years. Back in 2015, the Pentagon and State Department said the deal could be worth $339 million.

Northrop had a Chalet. In 2011, Northrop CEO Wes Bush decided to scale back the firm’s presence at international events to save money. So it was a bit of a surprise to see the Northrop logo on a modest-sized chalet. Why? Because Orbital ATK, which Northrop acquired last month, had already purchased the space. My pal Aaron Mehta at Defense News has some more details.

Speaking of chalets, the big firms aren’t the only ones who get the private boardrooms with panoramic views of the airfield. The was a “partnership chalet,” which is like a WeWork office-space rental for airshows. “The secret of the Partnership Chalet’s affordable luxury at Farnborough is shared services,” reads a marketing pitch. “Personalized, concierge-level attention to you and your guests is supported behind the scenes by the efficient utilization of a central commercial kitchen, corporate-caliber business center, and trained service/operations staff.”

Lots of U.S. state delegations. More than half of the U.S. states had a presence, and not just the ones from South and Midwest that we’re accustomed to seeing here. Compare that to what I wrote last year from Paris.

Remember when I told you to take the train to the show? My British colleagues shrewdly reminded me that despite this airshow happening every two years, it takes a few days before the South West Railway makes the proper service adjustments to accommodate the large crowds. Making matters worse, a person was stuck by a train near London’s Waterloo Station on Wednesday, canceling some trains and delaying others for hours. For many (self included) the journey from the airshow grounds to London took more than three hours and required the use a combination of bus, rail and taxis.

What got people talking on my social media: Planes, of course. Not a real one, though, a model plane for sale in the air show gift shop. Why was this plane such a hit? Well it was an AirAsia plane decked out in a special Taylor Swift livery. When #AvGeeks and #Swifties collide, watch out.

Talking F-35 on Defense One Radio

Greg Ulmer, the head of the F-35 program for Lockheed Martin, joined me for a segment in this week’s Defense One Radio podcast. We chatted, literally, along the flightline at the Farnborough airport. Here’s we talked about: The 100th anniversary of the Royal Air Force, the ever growing F-35 assembly line in Fort Worth, Texas, and the Pentagon’s latest order of 141 Joint Strike Fighters. Our talk start at the 59:00 mark of the podcast, so take a listen here.

Finally, An Air Force One Deal

The Air Force has taken another step toward converting two Boeing 747-8 jumbo jetliners into new Air Force One presidential aircraft. The service said Tuesday that the project would be capped at $3.9 billion, which the White House said was the case earlier this year. What’s important is that this a “firm-fixed” price contract, essentially putting Boeing on the hook if the project ends up costing more money. The word “firm” was missing from the February announcement. We told you the significance of that back then. The contract awarded this week still isn’t “definitized” meaning Boeing and the Air Force are still working out details. 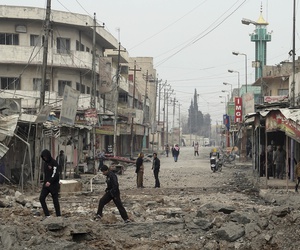 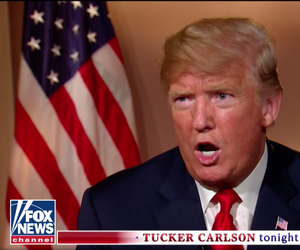 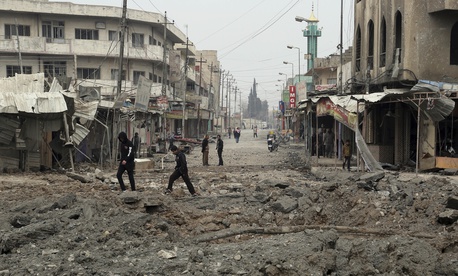 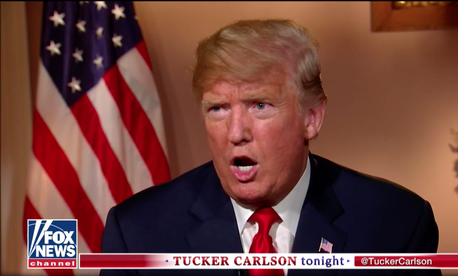