Will President Trump’s proposed tariffs against foreign-made cars affect the U.S. defense industrial base? That is a question being pondered inside the Pentagon, and beyond.

Trump has threatened a 25 percent tariff on cars coming from the European Union. A Commerce Department report on auto tariffs — known as the Section 232 investigation — was due next week, but has been delayed, the Wall Street Journal reported this week.

Nikakthar and Chewning are looking into “potential impacts of any significant overlaps between defense industrial base suppliers and commercial auto industry suppliers,” according to a Pentagon statement. “The 232 investigation will consider whether imports of automobiles and auto parts are being made in such quantities or under such circumstances that those imports threaten to impair the national security. Included in the considerations are implications on U.S. research and development and maintaining jobs and critical skills for connected vehicle systems, autonomous vehicles, fuel cells, electric motors and storage, advanced manufacturing processes, and other cutting-edge technologies.”

Feel free to send me your thoughts on the connections between the two industries.

The Air Force is upgrading the interiors of two smaller VIP aircraft to resemble the presidential cabin of Trump’s main Air Force One jets.

Someone Is Waging a Secret War to Undermine the Pentagon’s Huge Cloud Contract // Kevin Baron, Frank Konkel and Patrick Tucker

The battle for the Defense Department’s $10 billion war cloud is getting a lot more interesting.

Before an ultra-secure communications military satellite soars into orbit, it has to fly to Florida aboard the U.S. Air Force’s largest plane.

The head of Army acquisition has a message for small tech firms: come use our laboratories. He just needs a new way to send it.

“I’ll tell you that the lab system has some awesome stuff: equipment, people who can mentor you,…test facilities, etc. etc. These type of things can be made available to you.” Bruce Jette, assistant Army secretary for acquisition, logistics and technology, said Tuesday at NDIA’s science-and-technology conference in Washington.

Jette said cooperative research and development agreements (something we told you about two years ago) could give companies access to government equipment. He also said the Army is looking for ways to make it easier for technology startups to travel to its labs.

“We are taking a look at how we can make that easier for you,” he said.

To get these messages to small firms, Jette said the Army is looking beyond the Federal Business Opportunities contracting website.

“FedBizOpps is OK. We have to put everything on FedBizOpps, but I’m also looking for: What do you read? Where do you get your info? Where can I get in front of you my ideas, my needs, my desires for your help [with] things,” he said. “We’re looking at an overall public affairs strategy with respect to how we communicate with the larger innovation audience.”

But Jette warned that face-to-face meetings do not guarantee you a deal.

“A conversation is not a contract. Do not assume that somehow you got a sale because you had a conversation with someone and they thought your stuff was cool,” he said. “As long as we keep that kind of open dialog, we’ll be fine.”

Should you get an opportunity to pitch your product to the Army, Jette said, the best way to distinguish yourself is to show why your innovative is different from other technology out there and its operational relevance.”

At Alan Shaffer’s Tuesday’s Senate Armed Services Committee hearing to become deputy defense undersecretary for acquisition and sustainment, vowed that getting weapons to the battlefield faster would be his top priority, should be be confirmed, followed by “making sure we have the right people” in acquisition jobs. “We have to continue to prototype, bring about new capabilities very quickly and then figure out how to put those into an acquisition train where you can field a number of them,” Shaffer said. “We simply have to use every tool you’ve given us and I think we have to work on the workforce. Acquisition in not something that someone can walk in off the street and do well. We’ve got to really focus on giving every bit of training to our young program managers and empower them to make a mistake. Not a big mistake, but empower them to do everything they can to get capability to the field.”

That’s according to the Pentagon latest assessment of China’s military, which was quietly released last Friday. The annual report is 39 pages longer than last year’s edition. Some highlights:

The HMS Queen Elizabeth — the massive new U.K. aircraft carrier — is steaming toward the United States for trails with F-35B Joint Strike Fighters. It will mark the first time in eight years that a fighter jet will operate from a British aircraft carrier deck. During the 11-week trials, two F-35s are expected to make 500 takeoffs and landings. “The aim of these initial, or ‘developmental’ trials are to ascertain, through the specially equipped aircraft and sensors around the ship, the operating parameters of the aircraft and ship, in a range of conditions,” the U.K. Defense Ministry said in a statement. “Similar successful trials were conducted by HMS Queen Elizabeth at sea earlier this year for Rotary Wing aircraft.”

In recent years, we’ve seen the Pentagon and defense industry flocking to the South by Southwest, the annual music and technology festival in Austin, Texas. I’ve been asked to moderate a panel at next year’s event about the collaboration between the government and tech firms. Panelists include Joshua Marcuse, executive director of the Defense Innovation Board; Zach Walker, a project manager, at the Pentagon’s Defense Innovation Unit; and Wendy Anderson, general manager of defense & national security at artificial intelligence startup SparkCognition. In order for the panel to happen, it needs to be voted in. You can do that here.

Two big ones this week. Michele Evans has been named executive vice president of the Lockheed Martin Aeronautics, one of the most visible and high profile positions at the company. Evans, who takes the reins on Oct. 1, will replace Orlando Carvalho, who is retiring. Lockheed’s Aero business includes its combat fighter jets, the F-35 Joint Strike Fighter, F-22 and F-35; C-130 cargo planes, as well as the Skunk Works advanced development projects.

Marine Corps Lt. Gen. Kenneth McKenzie, director of the Joint Staff, has been nominated to receive a fourth star and become commander of U.S. Central Command. He would replace Gen. Joseph Votel, who is expected to retire. 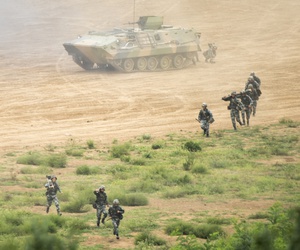 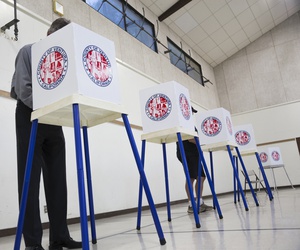 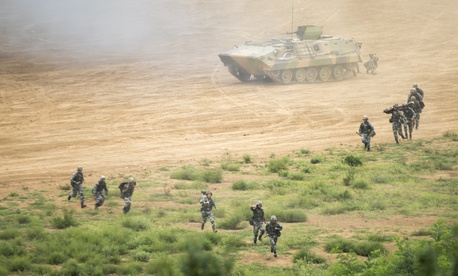 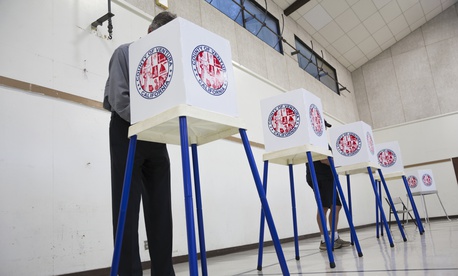