The six-engine, twin-fuselage Stratolaunch has no commercial customers paying to give their rockets a lift. Are there secret military ones?

Stratolaunch is a very big airplane, but it has never flown. With a 385-foot wing span and two fuselages, the plane dwarves even the US Air Force’s massive C-5. It’s expected to take flight this fall, three years later than Stratolaunch’s main backer, Microsoft billionaire Paul Allen, forecast when the project began in 2011.

But the real question isn’t “what is Stratolaunch?” It’s, “why?”

This very big plane was designed by aerospace icon Burt Rutan to carry rockets high into the atmosphere and launch them into orbit. Private investment is flowing to companies building satellites far smaller than the multi-ton models that until recently dominated space telecommunications. Poignantly, those companies owe their existence in part to Allen’s funding of a Rutan-led team that won the Ansari X-Prize in 2004 for flying a reusable spacecraft, demonstrating that small teams could have a big impact in aerospace.

Afterward, Rutan convinced Allen that an enormous plane would be the best way to alley-oop satellites into space on a grand scale. On Aug. 20, Stratolaunch announced a launch timeline for a suite of rockets, starting small in 2020 and working up to a crewed spacecraft. But it won’t say how much those flights cost, and competition is already growing among rocket companies with far simpler plans. After a billion dollars, seven years of work, and a promise to make access to space as easy flying on a commercial jetliner, it’s still hard to see why customers will choose to launch satellites from this girthy plane.

By 2020, Stratolaunch says it will be able to launch the Pegasus rocket, which is currently built by OrbitalATK, now a division of Northrop Grumman. Pegasus is typically launched from a Lockheed plane less than half the size of the new behemoth.

Although a proven design, Pegasus is also rarely used today, because it has a roughly $40 million price tag to put satellites weighing less than a ton (443 kg) into space. For that much money, a satellite operator could easily afford a ride-share on newer rockets like SpaceX’s Falcon 9 or ISRO’s PSLV. Later this year, a SpaceX ride-share arranged by the broker Spaceflight will carry satellites for 35 different organizations into space.

Stratolaunch said in a statement that “long wait times, high price tags and costly delays” can make these options a hassle. True. That’s why a slew of companies are already competing to provide bespoke solutions to the burgeoning crowd of small satellite makers: Rocket Lab, Vector, Virgin Orbit, Firefly, and Relativity Space are just some of the firms building rockets to launch small satellites more cheaply and efficiently.

Rocket Lab, while it has suffered a trying summer, has already proven it can launch satellites into orbit and plans to fly twice more this year. Vector is aiming for a test launch in 2018, and Firefly plans to do so in 2019.

These companies all use small, vertical take-off rockets. Stratolaunch’s statement notes that because it launches from an airplane, it can “circumvent bad weather, air traffic and other variables that cause delays with traditional ground launches.”

But Virgin Orbit is also pursuing an air-launch system with similar advantages, using a converted airliner and custom-made rocket that will be able to launch payloads weighing several hundred kilograms into space. It is expecting to perform its first test launch later this year, and expects to charge $12 million to $15 million per mission.

For larger payloads, Stratolaunch says it will be able to fly a medium-class rocket carrying nearly four tons (3.4 metric tons) into space in 2022. Here again, it will be competing directly with companies that have a head start: SpaceX’s reusable Falcon 9, which is cutting launch costs dramatically already, and Blue Origin’s New Glenn, another reusable rocket that promises cheap launches by 2022.

Stratolaunch declined to share the number of employees working on its vehicles, but just 47 people currently list themselves as employed by the company on LinkedIn. By comparison, SpaceX says it has 7,000 employees, and Blue Origin says it has 1,500. Many of Stratolaunch’s smaller competitors have also already signed launch agreements with satellite operators. By the time Stratolaunch can actually launch satellites in 2020, it may have difficulty finding customers.

The disconnect between Stratolaunch’s goals and the actual needs of satellite operators have given rise to another theory about the company: that it is a secretly funded project of the US military to develop some very specific launch capability, perhaps even for anti-satellite weapons. Stratolaunch has no commercial customers, but vice president Mike Pence and secretary of the Air Force Heather Wilson have both visited its facilities.

The Spruce Goose is the Howard Hughes reference that naturally comes to mind—an enormous plane built by a billionaire for the military—but another Stratolaunch analogy is to a ship, Hughes’ Glomar Explorer. The eccentric billionaire ostensibly built the Explorer for undersea mining, but it was in fact intended to secretly recover a sunken Soviet nuclear submarine.

“It’s safe to say Stratolaunch is working solo at the moment, with the development of the launch vehicles and Space Plane all led by an internal team at Stratolaunch,” a company spokesperson told Quartz. “There’s always a chance for a potential partnership, but nothing further to disclose right now.”

The most basic service that Stratolaunch wants to provide—fast, on-demand satellite launches—is itself important to national security. So much so that the US military set up a $10 million contest to convince companies to invest. Unfortunately, the challenge is expected to take place in 2019, so Stratolaunch won’t be ready to play. 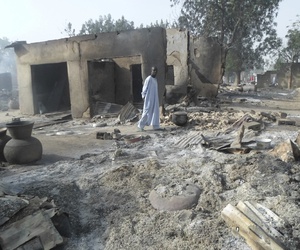 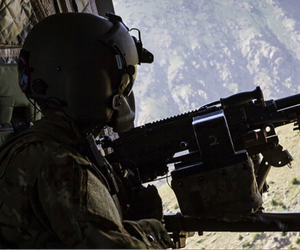 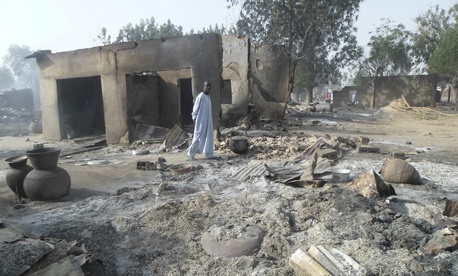 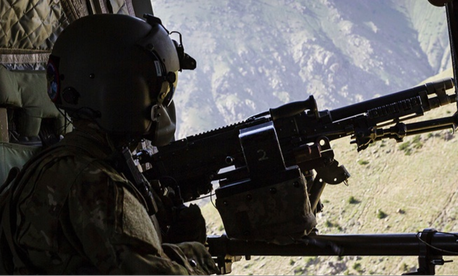