Taxpayers, and not Boeing, will eat the cost of installing new refueling booms on the Air Force’s new tanker, a twist on a deal that has seen the aircraft maker eat more than $3 billion in unexpected development costs. That’s because the boom meets the letter of service requirements, yet still doesn’t work quite right on certain military jets.

That revelation comes as Boeing finally delivers the first KC-46 tanker to the Air Force, more than a year after the first batch of 18 was supposed to be delivered in August 2017. The service has formally accepted the aircraft even though the planes still need major repairs and upgrades. The jet will make its way to an Air Force squadron “in the coming weeks.”

The new tankers fly just fine, but their refueling system is still having problems. Even though it meets the Air Force’s requirements, the refueling boom will be redesigned — on the taxpayer’s dime. The Air Force and Boeing have come to an agreement to upgrade other hardware and software part of the plane’s refueling control station.

“Corrective actions are in work and are expected to take approximately 3-4 years to complete,” the Air Force said in a statement.

Until now, all changes and modifications to the plane were made at Boeing’s expense because the Air Force had signed a fixed-price development deal, making the company pay for any cost overruns. So far, Boeing has had to eat more than $3 billion. The Air Force will pay for the new boom because the existing one meets the specifications laid out in its contract with Boeing. “The Air Force will update the boom to meet more stringent requirements,” the service said in a statement.

Regardless, the tankers will start making their way to Air Force squadrons. The first two planes are supposed to arrive this month and Air Force could accept about four planes per month into its inventory. So far, 40-plus tankers have been built or are in some state of assembly.

You’ve reached the Defense One Global Business Brief by Marcus Weisgerber. On Monday, I attended a defense firm’s investor day in New York. That’s a rare thing for reporters, who are generally barred from such events. Kudos to SAIC for extending the invitation; perhaps other defense firms will follow suit. Send your tips and feedback to mweisgerber@defenseone.com or @MarcusReports. Check out the Global Business Brief archive here, and tell your friends to subscribe!

Firms working for NASA, DHS, and other shuttered federal agencies are taking hits to their cash flow.

The law is unclear, and the situation all but unprecedented.

The announcement that Textron Systems completed the acquisition of the robotics firm Howe & Howe Technologies came Thursday morning, but the deal actually closed in mid-December. “This acquisition positions us as a global provider of unmanned capabilities across all three domains, demonstrating our commitment to our military customers in support of their vision and future technology needs for autonomy, robotics and unmanned systems,” Textron Systems President and CEO Lisa Atherton said in a statement.

Atherton, speaking Thursday at a breakfast with reporters in Washington, said the firm was “looking for disruptors” leading it to Howe & Howe. “Our word for 2019 is to disrupt,” she said. Howe & Howe makes the Ripsaw, the “fastest , dual-tracked vehicle that’s ever been developed,” which has been evaluated by the Army, she said. (The vehicle was in the movie Mad Max: Fury Road.)

“They’re going to be our rapid application think tank for all disruptive robotics technologies,” Atherton said. “We intend to use them as kind-of this fast prototyping center that we can leverage across the company.”

Textron Systems found the Howe & Howe in a rather interesting way. Atherton and her husband Jim were flipping through TV channels when she noticed the Ripsaw on Jay Leno’s Garage.

She then called Ryan Hazlett, senior vice president of global military strategy of Textron Systems, who had recently come across Howe & Howe himself.

Textron called Howe & Howe in July and after a few months of talks, they’re now part of the company.

Eric Chewning, deputy assistant secretary of defense for industrial base policy, is now acting chief of staff to Acting Defense Secretary Patrick Shanahan. This will limit Chewning’s ability to work with defense companies, but: “Our allies and industry partners should be reassured that the industrial policy team of professionals will continue to provide first-class support and ensure continuity of activities,” said Lt. Col. Mike Andrews, a Pentagon spokesman for Ellen Lord, the undersecretary for acquisition and sustainment. Chewning was a Morgan Stanley investment banker who enlisted in the Army after 9/11 and became an intelligence officer. Later, he returned to the private sector, and became a partner at McKinsey.

The Pentagon Let $28B Expire. Here’s Why.

Lots of discussion this week surrounding a Pentagon Inspector General report that said the U.S. Defense Department was unable to spend $28 billion of money appropriated by Congress between 2013 and 2018.

“It’s money that is no longer able to be put on new contracts, but is not currently on a contract or payment” David Norquist, the Pentagon comptroller and CFO (who is now performing the duties of the deputy defense secretary as well) said Wednesday at a Center for the National Interest event. “It covers five years worth of activity, if not more.”

Annually, the Pentagon doesn’t spend about 1 percent of its budget, “which isn’t a surprise,” Norquist said.

“Bureaucracies like to spend 100 percent, but this not unusual,” he said. “Typically at the end of the year, you’ve spent 99.5 percent of the money and as the years go buy contracts that were awarded for $100 end up getting closed at $97, $3 stays with the Treasury and so that number slowly creeps up.”

The Budget Fight is Going Private

After an unprecedented amount of public debate about the Pentagon’s fiscal 2020 topline — $700 billion? $750 billion? Far less? — it appears the discourse is moving behind closed doors. Comptroller Norquist said the topline number had been finalized. But he wouldn’t provide any “cool and fun information about our topline” until February, when the Trump administration is expected to send its spending request to Congress.

Politico’s Dave Brown writes: “Acting Defense Secretary Patrick Shanahan’s private remarks during his 18 months at the Pentagon have spurred accusations that he is boosting his former employer Boeing, people who have witnessed the exchanges told POLITICO — fueling questions about whether he harbors an unfair bias against other big military contractors.” The report follows a Bloomberg report that said the Air Force will request more than $1 billion in funding from Congress for new F-15X fighter jets at Shanahan “prodding.” Service leaders have said they don’t want the jets. Check out the long read, here.

From PricewaterhouseCoopers, the aerospace and defense firms spending the most on research and development are: Airbus, Boeing, United Technologies, Leonardo and Lockheed Martin. It’s important to note that the top three companies have substantial commercial businesses; commercial firms tend to spend more on R&D because of greater payoff selling to broader markets. “Leonardo had an R&D intensity (ratio of R&D spend to revenue) of 13.4 [percent], three times more than any of the other spenders in the top five,” PwC said.

And the forecast for the these small satellites shows the launch demand for 11,746 of them by 2030, according to an new analyst from Frost & Sullivan. “Such demand would take the small-satellite launch services market past the $69 billion mark and present significant growth opportunities throughout the industry,” the consulting firm said in a Jan 7 statement. “In order to keep up with market demand, Frost & Sullivan anticipates innovative solutions will be deployed across the value chain including launch, manufacturing, and supply chain.”

Scott Weiner has been named vice president of corporate development at Raytheon. “He will oversee domestic and international transactions including: acquisitions, divestitures/spin-offs, minority investments and strategic alliances/joint ventures,” the company said in a statement. 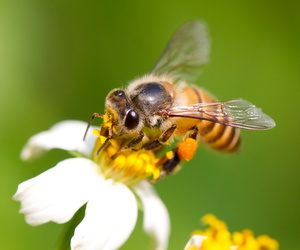 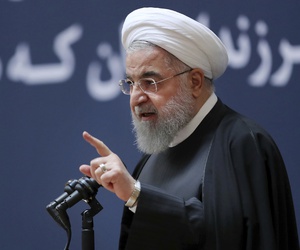 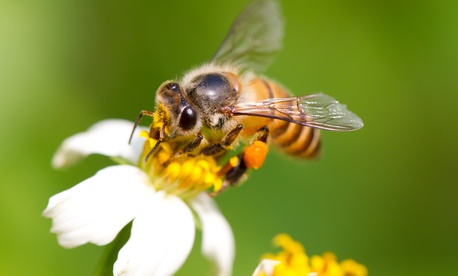 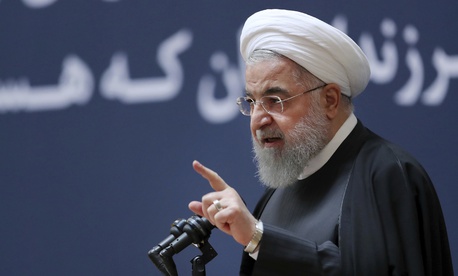