Buckle up; we’re going around the world in this week’s newsletter. Let’s begin in Abu Dhabi, site of IDEX — formally, the International Defence Exposition and Conference. In recent years, the arms show has attracted top military brass and company executives from the Gulf Cooperation Council countries, NATO, Russia, China, Africa, and elsewhere. But this year, many American CEOs stayed home, sending instead their international-division heads or sector presidents.

Most unusually, no one at all came from the State Department’s Political and Military Affairs division, which lacks a confirmed assistant secretary to lead it.

“GCC ain’t what it used to be,” quipped one analyst, noting many troubles in the region, from the Qatar blockade to the killing of journalist Jamal Khashoggi.

Some U.S. firms  — though not defense companies — have distanced themselves from Saudi Arabia in the wake of the Khashoggi murder. Both Saudi and UAE forces have drawn criticism for killing civilians in airstrikes against Houthi insurgents in Yemen. In November, the U.S. military stopped refueling jets conducting those air strikes.

At the same time, the U.S. officials and companies have been increasingly turning their focus to the Trump administration’s National Defense Strategy, which shifts the U.S. military’s focus from the counterinsurgency to great power competition with China and Russia. Projects like hypersonic weapons and directed energy have become top priority, rather than the more conventional ground weapons showcased at IDEX.

U.S. attendance at IDEX and other military shows ebbs and flows. For instance, it shrank after 2010 GSA conference scandal. But by the time I attended IDEX in 2015, U.S. officials were looking to boost their presence there and elsewhere. That lasted until about a year ago, when then-Deputy Defense Secretary Patrick Shanahan ordered a clampdown on military leaders making public appearances, while at the same time urging them to engage with industry.

And sometimes, there are simple scheduling conflicts. Even as IDEX wound down on Wednesday, Aero India kicked off in Bengaluru. The U.S. has been working hard to deepen its ties to India for years. Among the Aero India attendees are Hooper, Ellen Lord, the Pentagon’s undersecretary for acquisition and sustainment; and Alan Shaffer, deputy undersecretary of defense for acquisition and sustainment.

U.S. officials are also expected to attend Avalon, an Australian airshow, which begins on Monday.

If Congress approves, Space Force would exist like the Marine Corps within the Navy Department.

This Will Tick Off Russia

Off to Europe, as our jaunt around the world continues. The U.S. government will allow Finland to buy Boeing EA-18G Growlers, the electronic attack versions of the F/A-18 Super Hornet. That allows Boeing to sweeten its offer to Helsinki, which is looking to replace its older Hornet fighter jets. Australia had previously been the only foreign country approved to buy Growlers, which are flown by the U.S. Navy and Marine Corps. Other planes in the running to replace Finland’s Hornets: Dassault Rafale, the F-35 Joint Strike Fighter, Eurofighter Typhoon and Saab Gripen. We’ll have to wait until 2021 to see who wins.

Reuters reports: the chairman of Turkey’s Defence Industry Directorate told NTV on Wednesday that it “is impossible for Turkey to accept the United States’ offer on purchasing Patriot defense systems as it currently stands,” but the sides are still talking. Ismail Demir also said two Lockheed Martin F-35 fighter jets would be delivered to Turkey next month.

“The company does not endorse TRC Capital’s mini-tender offer and recommends that shareholders do not tender their shares in response to the offer,” the company said in a statement. “The offer is at a price below the current market price for Northrop Grumman shares and is subject to various conditions. Mini-tender offers, such as this one by TRC Capital, seeking to acquire less than 5 percent of a company’s outstanding shares, avoid many disclosure and procedural requirements of the Securities and Exchange Commission (SEC) that apply to larger tender offers. As a result, these mini-tender offers do not provide investors with the same level of protection as provided by larger tender offers under U.S. federal securities laws.” Here’s some background on TRC Capital and its “mini-tender” strategy.

Lockheed and Raytheon grew their staff by about 5 percent between 2017 and 2018 according to Callan, the Capital Alpha analyst. Northrop’s headcount rose from 70,000 to 85,000, “but we don’t know how much of that was due to the Orbital ATK acquisition.” Orbital reported 13,900 employees in 2017, meaning the it might have actually grown only about 2 percent to 3 percent, he writes in a Feb. 17 note to investors.

The firms’ joint venture, known as the Advanced Turbine Engine Company, is protesting the U.S. Army’s choosing General Electric to make new engines for Black Hawk and Apache helicopters “In our review of the evaluation, we clearly offered the best value through a combination of a highly rated and technically superior engine that was judged to be much lower risk, and believe we did so significantly under the government’s budget,” ATEC President Craig Madden said in a statement. “We are requesting that the government review these facts and award the [Improved Turbine Engine Program] contract to ATEC, the best engine and the one that our warfighters and taxpayers deserve.”

Two Army deals worth a total of $575 million for Armored Multi-Purpose Vehicles “mark the beginning of low-rate production for the highly mobile, survivable, multipurpose vehicle designed to meet the mission of the U.S. Army’s Armored Brigade Combat Teams,” according to BAE Systems, the company that makes the AMPV. The Marine Corps awarded General Dynamics $37.2 million for 60 hardware kits to reset its Light Armored Vehicles. “The hardware kit addresses key obsolescence and readiness issues and consists of a modern powerpack, driveline system, driver’s instrument panel and a new turret slip ring,” the company said.

The $43 million deal is for the “fabrication, test, and delivery of four Orca Extra Large Unmanned Undersea Vehicles.” Boeing unmanned sub, known as Echo Voyager, is now being jointly developed with shipbuilder Huntington Ingalls. The unmanned submarine market could become a disruptive segment, according to Cowen and Company analyst Roman Schweizer writes in a Feb. 19 note to investors. “We think it’s notable that Boeing, an aerospace company, won the program,” he wrote. “It’s even more significant when considering that Leidos is building the Navy’s Sea Hunter and Textron is building the Common Unmanned Surface Vehicle. Why? Because they’re not traditional shipbuilders, but then again these aren’t large ships and submarines. If these unmanned programs are successful, it could mark a shift within the industrial base. We’re not suggesting an end to large, expensive ships and submarines at all. But it could create new budget, force structure and market dynamics within the shipbuilding sector.” 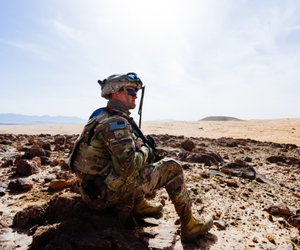 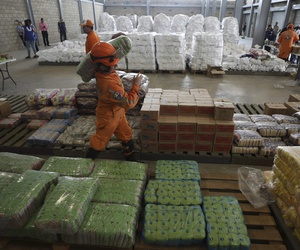 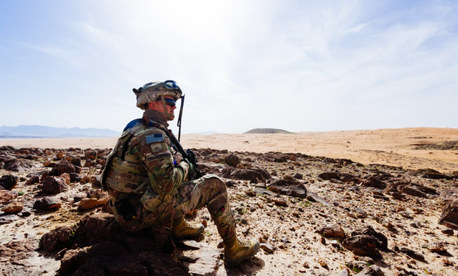 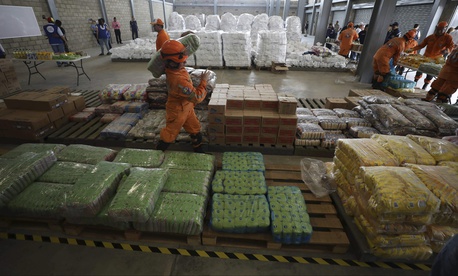