Sailors aboard the USS Harry Truman were not the only ones who cheered Tuesday as the White House rescinded its proposal to retire the aircraft carrier early. Six miles up the James River from the Truman’s berth at Norfolk Naval Station, executives at Newport News Shipbuilding exhaled in relief at the surprise reversal.

The Trump administration’s proposed 2020 budget included a Navy request to cancel the mid-life refueling of the carrier’s nuclear power plants — a multibillion-dollar process — and put the money to other uses. The proposal drew bipartisan opposition in Congress — showing that even in these charged days, there are still issues where Republicans and Democrats can agree.

For Newport News Shipbuilding, the division of Huntington Ingalls Industries that is the nation’s sole builder and overhauler of aircraft carriers, the change avoided blowing a hole in a workflow plan of almost indescribable complexity. A carrier’s midlife refueling and overhaul — RCOH in Navy parlance — requires thousands of people with hundreds of skills, not to mention thousands of nuclear- and non-nuclear-related parts.

At the shipyard on Wednesday, Chris Miner, vice president of in-service carriers, showed a chart depicting complicated rivers of millions of man-hours required over the next decade to build and overhauling aircraft carriers and submarines — including the Truman RCOH, planned for 2024-28. His relief over the Truman announcement was palpable.

My colleague Brad Peniston and I were touring the Newport News, Va., shipyard to check out some of the carrier and sub work done there. We’ll have more details about our visit to Newport News in the coming days, so stay tuned.

But let’s first look at how an old aircraft carrier is giving back to the current fleet and even new aircraft carriers. Along the pier at the south end of Newport News Shipbuilding, two carriers are moored alongside one another.

On one side, tents and conex containers fill the flight deck of the USS Gerald Ford, the U.S. Navy’s newest aircraft carrier, which is undergoing final modifications before entering the fleet.

On the other side, the decommissioned USS Enterprise, the Navy’s first nuclear-powered aircraft carrier, now sits, its number 65 stained by the weather. The Navy is storing the Enterprise here at this James River shipyard until leaders decide how to dismantle the massive ship. But parts of the nearly 60-year-old “Big E” will live on.

“We are harvesting as many parts as we can from the Enterprise,” Miner said as we tooled around the yard in a minivan. “She’s still giving back even today.”

The USS Abraham Lincoln received one of Enterprise’s anchors. Relatively new components from the ship’s steam catapults have been moved over to the Lincoln and the USS George Washington, up on blocks in a nearby dry dock. Enterprise’s props were removed and given back to the Navy for refurbishment and possible use again.

And a piece of hull steel has been removed and melted down to become part of the keel plate of the future USS Enterprise, CVN-80.

Unlike today’s two-reactor carriers, Enterprise — based on oil-fired designs — was built with eight smaller submarine-type reactors

“She’s a unique plant … but there’s still other things that are essentially very similar that we can leverage off of,” Miner said.

While the ship itself has been around for nearly six decades, there are newer parts inside, some that were installed during routine maintenance.

“I think it goes to how well the material on these ships are designed and built,” Miner said.

You’ve reached the Defense One Global Business Brief by Marcus Weisgerber. If you’re going to be at the Navy League’s Sea Air Space conference next week, come check out the “Future of Aviation” panel at 2 p.m. on May 6. Panelists include Lt. Gen. Steven Rudder, head of Marine Corps aviation; Vice Adm. Daniel Abel, Coast Guard deputy commandant for operations; and Angie Knappenberger, deputy director of air warfare for the deputy chief of naval operations warfare systems. I’ll be moderating the discussion. Anything you want asked? Send your questions to mweisgerber@defenseone.com or @MarcusReports. Check out the Global Business Brief archive here, and tell your friends to subscribe!

Here’s the US Navy’s Drone Tanker, on the Road // Marcus Weisgerber

A test prototype of Boeing’s MQ-25 carrier-based refueling aircraft gets a ride to its test airfield.

Insitu says U.S. Coast Guard plans to expand the use of its ScanEagle surveillance drone might draw international customers.

“It’s an old adage: ‘as goes the Coast Guard, so goes the rest of the navies around the world’,” said Ron Tremain, who works in business development at the Boeing subsidiary, in an interview on Monday. “What I see happening: not only are we already working with a number of international navies, but I see more international navies patterning their [unmanned aerial system] operations after the Coast Guard.”

ScanEagle drones flown from the USCGC Stratton over the past year and a half have helped in the seizure of an estimated $1.8 billion in cocaine. Coast Guard Commandant Adm. Karl Schultz, in March, announced plans to accelerate the installation of ScanEagle drones on all National Security Cutters and Offshore Patrol Cutters. Insitu — which owns and operates the Coast Guard’s ScanEagles — is installing the gear for controlling the drones on the service’s ships.

The U.S. Navy started using ScanEagles on its destroyers in 2005. Italy, Britain, Colombia, and Greece are among the international navies using the drone.

In recent weeks, the Federal Aviation Administration granted an Operational Certificate of Waiver or Authorization to allow Coast Guard ScanEagles to fly surveillance missions near the U.S.-Mexico border, Tremain said.

“It’s the very first step in normalizing UAS operations,” he said. “Although a very, very small step, it is significant.”

Airbus: Germany’s ban on arms sales to Saudi Arabia cost the company 190 million euros ($212.5 million) related to a border security contract between the company and the kingdom. “I think there’s not much we can say because obviously now that we are kind of handcuffed because of the export ban and cannot complete the contract as planned,” Airbus CFO Dominik Asam said on an April 30 earns call with financial analysts. “We have to talk to the customers and obviously, I’m not going to disclose details. But my expectation is this is not something that will happen quickly but will take its time.”

L3 Technologies: It was likely L3’s last quarterly earnings call as an independent company before it merges with Harris. One take-away from L3’s earnings call: its intelligence, surveillance and reconnaissance business is growing. “Growth was most impressive in our aircraft procurement and ISR missionization business, as several key programs accelerated including the U.S. Air Force Conference Call, Australian Peregrine and the U.S. Missile Defense Agency, HALO program,” CEO Chris Kubasik said Wednesday. “In addition, EO/IR Sensors Soldier Systems and Space & Sensor businesses, all grew double-digits. Given the broad-based growth in this segment, we continue to expect ISR systems to be our fastest growing business with improved margins.”

Harris: CEO Bill Brown, who is expected to become CEO of the merged L3 Harris Technologies, said the companies should announce its “management structure several levels down, plus our Board, as we get closer to the closing. So probably towards the end of June.”

Huntington Ingalls: The company received $19.6 billion in new contracts in the first quarter of 2019, among them a $15.2 billion billion for two aircraft carriers. The company’s total backlog is $40.6 billion. “It’s a historic moment for the business, frankly, to put that much backlog in, in one quarter. It’s incredibly exciting and creates a stability for us, really for the next 10 years.”

A Raytheon-made laser shot down small drones during recent U.S. Air Force tests at the White Sands Missile Range in New Mexico, the company said on April 30. (We told you about this counter-drone system last July.) The test paired a high-energy laser on a Polaris all-terrain vehicle with Raytheon’s Multi-spectral Targeting System. The laser “uses invisible beams of light to defeat hostile” drones, the company said. Also tested: a high-power microwave that disrupts drones’ guidance systems.

Robert Lightfoot, the former NASA acting administrator, has joined Lockheed Martin as vice president of strategy and business development of Lockheed Martin Space. The move is effective May 6. “In his new role, Lightfoot will lead strategic planning, advanced technology concepts, and new business strategy for the corporation’s Space business area,” the company said in an April 29 statement.

Tanya Bradsher, a retired Army lieutenant colonel who was assistant secretary for Public Affairs for the Department of Homeland Security from April 2014 to August 2015, has been named chief of staff to Rep. Don Beyer, D-Va.

Victoria Holt, a former deputy assistant secretary of state, has been named managing director of the Stimson Center. “Holt will join the management team and oversee Stimson’s work on international institutions, security and conflict, and U.S. foreign policy,” the think tank said. 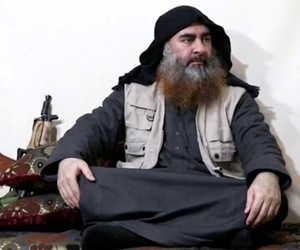 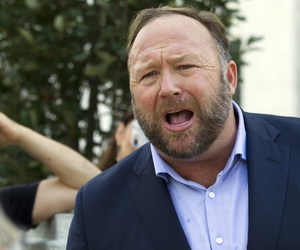 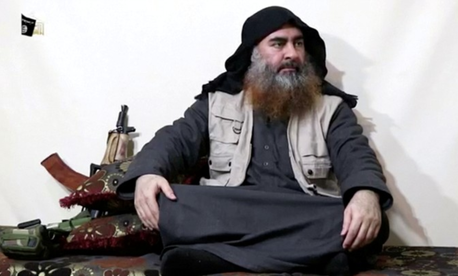 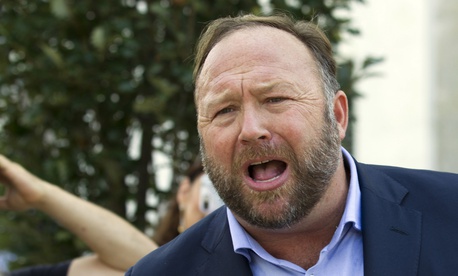