Rising tensions on display at the Paris Air Show as NATO and Russia unveil new and proposed arms.

LE BOURGET, France — From a distance, the two red-white-and-blue helicopters seemed perfectly comfortable sandwiched between the flight-line chalets of Boeing, Lockheed Martin, and L3 Technologies. But as music started blaring and a group of women wearing red-and-white-skirted leotards began to dance, it became obvious that these were Russian, not American, aircraft.

This week’s Paris Air Show marked the western European debut of Russian Helicopters’ Ansat light helicopter, just part of Russia’s recently renewed visibility at a show that was once known for dueling superpower aircraft demonstrations. Add that to the buzz around various European advanced-weapons efforts launched since Russia illegally annexed Crimea, and this year’s Paris show began to look like the latest example of great power competition, the foreign-policy chess match predicted by the U.S. National Defense Strategy that’s expected to play out in the coming decades.

“It’s like the Cold War all over again,” quipped one U.S. defense executive nearby.

Some of the new European weapons, or models of them, were on display in the exhibit halls and on the tarmac here. France, Germany and Spain unveiled full-sized models of a new, twin-engine, stealth fighter jet. Turkey, which the U.S. is threatening to remove from its F-35 Joint Strike Fighter over Ankara’s plan to buy S-400 missiles from Moscow, showed off a model of a stealth fighter it’s developing. That two-engine warplane resembles a cross between the American F-35 and its older sibling, the F-22.

“We made a promise to our nation to make the best fighter in Europe,” Temel Kotil, Turkish Aerospace Industries CEO, said moments before a giant black sheet was ceremoniously pulled off the plane.

“I think it’s a good trend that NATO is taking both the level of needed spending seriously and…I think they’re focused also on getting the right technology to their forces,” said William Lynn, CEO of Leonardo DRS, the U.S. arm of the Italian aerospace and defense firm. “They’re not looking at it just as an economic benefit to the country; they’re looking to improve the security of the alliance.”

It’s not unusual for Russian delegations to attend western European air shows. But the placement of the Ansat helicopter on the tarmac in a prime spot traditionally occupied by Lockheed Martin aircraft raised eyebrows, especially among U.S defense contractors. At the previous Paris show, in 2017, the spot was occupied by a Lockheed Martin-made C-130 cargo plane.

Inside the exhibit hall, Russia’s United Aircraft Corporation — parent firm of fighter jet makers MiG and Sukhoi — showed off models and handed out literature about new warplanes. Company reps chatted with journalists about plans for teaming drones with manned fighter jets. The U.S. military has similar ambitions to pair drones and manned warplanes.

And all this is driving NATO allies to pursue their own new advanced defense capabilities.

“The ’90s view of the Russian threat, which was that it had really gone away, has shifted,” Lynn said. “I don’t know if they have the same view that we have, but I think they have a harsher view of where that threat’s going.”

In addition to the three new stealth fighters, Europe is developing advanced drones. Airbus, Dassault and Leonardo are working on a Medium-Altitude Long-Endurance drone. Italy’s Leonardo unveiled a new surveillance drone that can stay airborne for 24 hours.

Despite Europe’s advances, U.S. firms don’t see Europe’s work as cutting into their own sales, at least not yet. Most of these new projects are years or even decades from being battle-ready.

“The United States has always led the way and then industry in other parts of the world see that, they want a part of it, they develop it as well while the United States continues to innovate and advance and think about what’s next,” said Fanning, who served as Army secretary during the Obama administration. “It’s hard to distinguish what’s United States [and] what’s not United States because these partnerships have been so strong and have existed for so long.”

Since these new planes are years from being ready for war, Lockheed executives pushed the F-35 as available now.

“It took us a long time to get to where we got on F-35,” Greg Ulmer, who oversees the Joint Strike Fighter program for Lockheed, said reflecting on Europe’s new fighter initiatives.

Some have called these new fighters as sixth-generation, more advanced than the fifth-generation American F-22 and F-35 fighters.

But Evans urged allies to use U.S. technology and not duplicate development work that’s already been done.

“With the 40-plus years of experience we have in terms of stealth aircraft, we certainly know the challenges real time,” Evans said. “We just look to make sure that they leverage our capabilities. We would hate for them to start from scratch with technology that already exists.”

While European weapons-maker MBDA offered a slew of new missile concepts, U.S. firms Raytheon and Northrop Grumman announced they are cooperating on a new hypersonic missile with a novel 3D-printed engine.

While at the same the same time, the U.S. Air Force released pictures of a different type of hypersonic weapon — made by Lockheed Martin — under the wing of a B-52 bomber on a test flight.

Amid the uptick in European weapons development, there is concern from the U.S. officials that American companies might be shut out of future business. The U.S. and Europe find themselves in a rift over a pair of European Union initiatives — the Permanent Structured Cooperation, or PESCO, and the European Defence Fund — in which members pooling resources to develop new weapons. U.S. officials think the initiatives could undermine contributions to NATO.

“We want to make sure that the Europeans don’t do anything that shuts down unfairly competition,” Fanning said. “We’re not asking for a leg up, we’re just asking for the ability to compete and we want to make sure that, in total and aggregate, what NATO countries purchase and buy is interoperable and increases the military capability and capacity.”

U.S. defense exports to France, Germany, Spain, Italy, The Netherlands and the U.K. totaled $3.4 billion in 2018, according to Byron Callan, an analyst with Capital Alpha Partners. Those countries defense imports to the U.S. totaled $2.3 billion.

“[The data] shows that the balance of defense trade between the U.S. and Europe has in recent years favored the U.S. and this balance may work further in favor of the U.S. on increased F-35 deliveries to the region,” Callan wrote Wednesday in a note to investors. 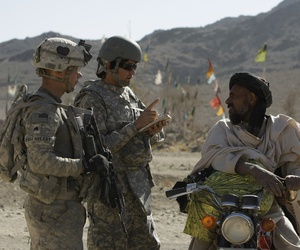 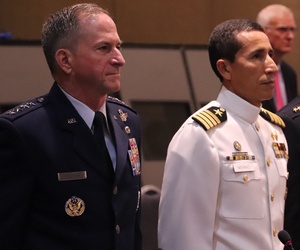 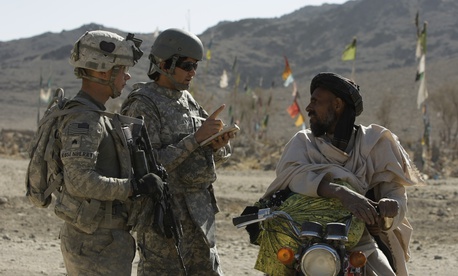 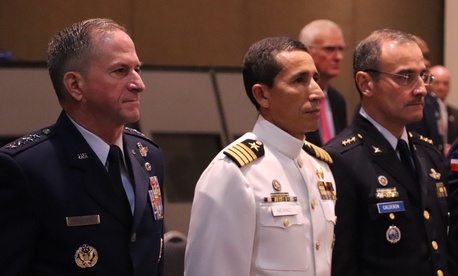