Three years ago, automaker General Motors showed up at the annual Association of the U.S. Army convention in Washington with a hydrogen-powered Chevy truck that it was demonstrating for the Army. At the time, executives hinted that the Detroit company had larger aspirations for its new defense business — a reboot of the unit it founded in 1950 and spun off to General Dynamics in 2003. That vision is now becoming clear.

“We’re just continuing to plow ahead in a space that we believe we have a right to win in,” GM Defense’s new president David Albritton said in an interview.

At the center of GM’s plan is “reimagining” its commercial offerings into products to sell to the U.S. military and its allies, according to. Albritton frequently used the word “reimagine” as he talked about ways of adapting GM’s commercial products for the military.

“Having been out of the defense business since 2003, this is a reintroduction in large part,” he said.

That reintroduction applied not just to the Pentagon, but to defense firms large and small. “We’re open to partnership,” said Albritton, whose small and growing executive team have substantial experience at defense companies, including Raytheon, Northrop Grumman and Exelis (now L3Harris Technologies).

While GM’s defense vision includes selling trucks and vehicles to the U.S. and foreign militaries, the plan includes a portfolio of commercial propulsion, mobility, autonomy and security products adapted for the military. Its commercial roots have the company believing it can move quickly, something highly desired by defense leaders these days. Company officials also believe their commercial heritage allows they to offer the military ideas for operating vehicles differently.

GM is still touting its hydrogen fuel cell work as a way to power vehicles, but it’s now talking about using that technology and batteries as a way to replace tens of thousands of diesel generators used by the military to power bases or aircraft on flight lines. Among the benefits, these types of generators would run less and could operate quieter than today’s diesel-powered versions.

“You could literally take a Chevy Bolt battery, stack it with other Bolt batteries connected it to a power source, like a small diesel or something else, create a large capacitor and then use that to power whatever situation you’re in,” Albritton said.

From a technology perspective, the company is looking at creating a militarized version of its OnStar system, which connects vehicles and monitors their health.

“Today on a JLTV or a Bradley armored fighting vehicle, I don’t know what the health of that vehicle is necessarily because I don’t have the telematics capability in the platform to do it,” Albritton said.

Then there the Next Generation Electrical Architecture, which allows vehicles to wirelessly receive software updates. The new technology is being introduced on the Corvette Stingray

That’s a compelling opportunity for us to help the military think about vehicles in a different way,” Albritton said. “Because then if you trust the cyber integrity of a platform then you can do more with that platform right now.”

On the vehicle side of the house, GM was among three industry teams that the Army will evaluate for an infantry squad vehicle.

Asked where he wants to be a year from now, Albritton was blunt: “Hopefully we’ve got a couple of good programs under our belt and we’re just continuing to build and grow.”

Since 2002, the agreement has helped 34 countries to keep tabs on each others’ militaries, without divulging key secrets.

Raytheon is pitching a product to detect cyber intrusions into aircraft, drones, and even missiles.

In more than a decade of covering the country’s largest land-warfare conference, I’ve never received so many pitches from companies touting weapons, equipment, and new technologies. Companies will be unveiling new helicopter designs, armored vehicles and counter-drone technologies, just to name a few. This year will see the new Army Secretary Ryan McCarthy and Gen. James McConville, the new chief of staff, speaking as the service’s top leaders (they had previously been undersecretary and vice chief of staff). The two have reshaped Army’s purchasing plans, accelerating timelines to get new weapons into the field, while trimming the fat. If you Google “McConville, one of the first suggested search terms is “Gen. McConville priorities.” People want to know what’s on his mind. Next week, we’ll find out.

McCarthy recently approved a new manufacturing policy that “requires incorporating advanced manufacturing into both new and fielded systems.” The policy, according to the Army, includes the use of robotics, artificial intelligence, composite materials and additive manufacturing, better known as 3D printing. “In doing so, it drives the entire acquisition system toward advanced methods and materials that will result in modernized weapons systems and enhanced readiness,” the Army said in an Oct. 4 statement.

The Navy and Air Force have been increasingly using the technology in recent years. The Navy envisions a day when ships would deploy with 3D printer that could make replacement parts, lessing the need to carry the parts themselves. The Air Force is using 3D-printed parts on new rockets and wants to further expand the technology’s use.

“These optimized designs, coupled with lighter and stronger advanced materials, can result in improved system performance,” the Army said. “Advanced manufacturing will also allow the Army to innovate with unparalleled speed. It enables the rapid production of prototypes and transition to production, leading to shorter development times. Advanced manufacturing can also be used to address the readiness challenges posed by parts obsolescence, diminishing sources of supply and sustained operations in austere environments.”

The total number of major arms deals approved by the Trump administration in fiscal 2019 totaled $68 billion, down from the $70 billion approved in fiscal 2018 and $73 billion in fiscal 2017. Cowen & Company analyst Roman Schweizer compiled the numbers and here’s what’s of note.

“U.S. FMS looks stable and this year falls well within the range of the last several but we caution that politically sensitive deals ($13.5B for Taiwan/Turkey) may cut that total if they aren’t actually completed,” he wrote in an Oct. 4 note to investors. Lockheed Martin-made weapons accounted for $32 billion of total deals approved in 2019. Second was Raytheon at $15 billion, followed by Boeing at $9.2 billion, General Dynamics at $3.8 billion, Northrop Grumman at $1.2 billion and Textron at $588 million.

Something else to remember: State Department approvals were slowed by the 35-day partial government shutdown last December and January.

The $20 million investment by Boeing HorizonX Ventures, the firm’s venture capital arm, will fund efforts “to broaden commercial space access and transform global travel technologies,” the companies said in a joint statement. Virgin Galactic CEO George Whitesides said the company will work with Boeing “to develop something that can truly change how people move around the planet and connect with one another.”

Canadian training and simulation firm CAE is building a new U.S. headquarters at Tampa International Airport. “The new facility, which will be leased from Space Florida, is expected to be completed in 2022 and will be home to more than 600 Tampa-based CAE USA employees,” the company said in a statement. A groundbreaking was held last Friday. “CAE USA currently employs more than 500 in the Tampa area, and expects to create an additional 100 jobs at the new facility in areas such as computer and software engineering, program management, training instructors, and corporate functions.”

Former NSC spox Caitlin Hayden is leaving the Aerospace Industries Association, where she has been vice president of communications since April 2018. In a Wednesday LinkedIn post, she wrote, “Departing AIA for another opportunity is incredibly bittersweet.” No word yet on where she’s going; meanwhile, AIA is looking for a replacement. 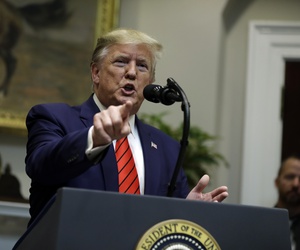 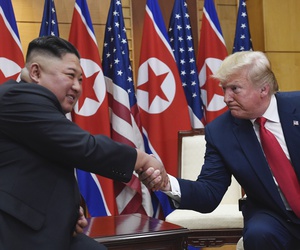 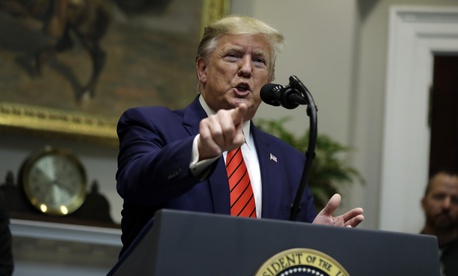 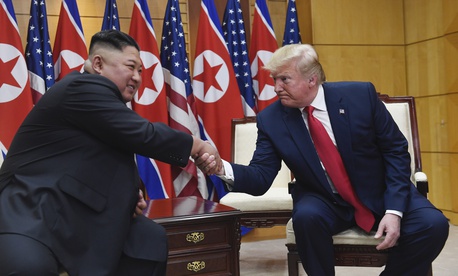