A sign warns of a deactivated employee turnstile at Boeing Co.'s manufacturing facility, Wednesday, March 25, 2020, in Renton, Wash., on the first day of a shutdown due to the spread of the new coronavirus.

Navy says it will “work out” the virus’ impact on projects with companies.

Pentagon officials are bracing for companies being unable to deliver weapons on time as the coronavirus makes its way through company assembly lines and supply chains.

In separate briefings with reporters on Wednesday, the top weapons buyers for the Department of Defense and the Navy said that they are working with industry to assess the impact of the virus on their workforces, but that already some aircraft production has been halted.

“I do expect there will be some delay and disruption,” said James “Hondo” Geurts, the Navy’s top weapons buyer. on a Wednesday conference call. Navy officials have “real-time systems” to track disruptions when they arise, and already they have spotted changes.

“We’re seeing a tightening on the supply base as smaller shops deal with their local situations,” Guerts said.

As for larger sites run by major defense contractors, it depends on where they’re located.

Ellen Lord, defense undersecretary for acquisition and sustainment, did not know how many defense contractors were unable to show up for work — either because they were sick, quarantined, or their job sites were closed.

“I will say that the bulk of the defense industry is working today,” she said during a briefing at the Pentagon. “We’ve had a few specific issues, such as Boeing, where they had to shut down an operation.”

Boeing on Wednesday began a 14-day shutdown of its airliner manufacturing plants in the Seattle area — a region heavily hit by the coronavirus. Assembly lines that build Air Force KC-46 tankers and Navy P-8 submarine hunting planes are among those closed.

Lord, in a memo last week, said contractors building military weapons could show up for work even in cases where the state and local government told citizens to stay home to stop the spread of coronavirus. Lord said she had conversations with local officials in Pennsylvania and California to make sure defense contractors were issued summons for defying stay-at-home orders.

Guerts said that last week his staff checked the status of each Navy weapons project to know if project delays are due to coronavirus or other issues.

Pentagon officials will figure out who’s culpable for the delays down the road.

“We will work out the [program] impacts based on the virus,” Guerts said. “One thing I do want to ensure though, as we come out of it, [that] we are well positioned to then recover as quickly as possible, because all these efforts are critical to our national security.”

Guerts said he wants to speed up contract awards to boost companies’ cash flows during the crisis.

“We are not delaying anything,” he said. “In fact, I am driving the team to accelerate.” 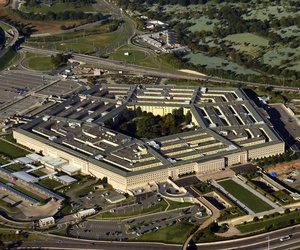 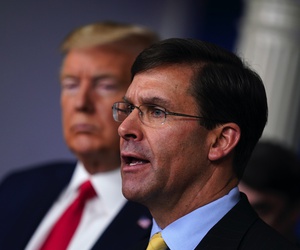 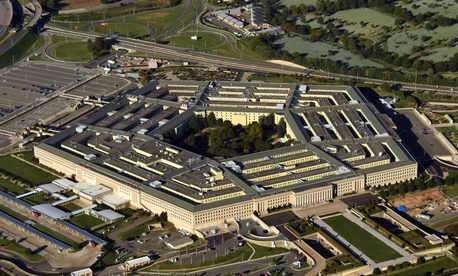 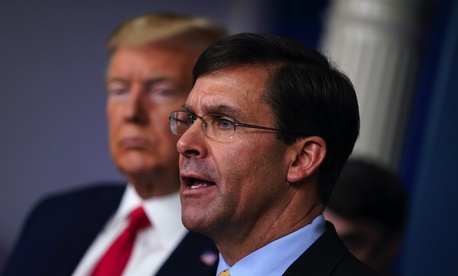