It’s rare for defense CEOs to speak out about social or political issues, but many spent the early part of the week doing just that, sending internal messages to their employees and posting to social media about racism in America.

In many cases, their messages went out days before military leaders issued their own calls for reflection on Tuesday and Wednesday.

“The death of George Floyd was the result of a reprehensible act,” Raytheon Technologies CEO Greg Hayes said in a June 1 note to employees — a reference to the black man killed by a white Minneapolis police officer last week. “Although authorities are taking action to ensure justice, the national response and global dialogue related to Mr. Floyd’s death point to a serious issue ― and we must not look away.”

Hayes was hardly alone. Read about other defense CEOs’ messages to their employees and the public, here.

You’ve reached the Defense One Global Business Brief by Marcus Weisgerber. Eight episodes into Netflix’s “Space Force,” it’s pretty entertaining. There are plenty of laugh-out-loud moments, especially with the inter-service rivalry dialogue. And the competition with the Chinese is pretty spot on. And as for the race between Lockheed Martin and Raytheon to build an iron man suit for troops — let’s just say it’s been a topic of discussion around the virtual water coolers within the real defense industry. Send along your tips and feedback to mweisgerber@defenseone.com or @MarcusReports. Check out the Global Business Brief archive here, and tell your friends to subscribe!

The Gerald Ford is in the Atlantic with the Harry Truman.

After days of civil unrest and several Esper missteps, each one of the service branch chiefs has begun to speak out.

The programming group that makes tools for the Air Force’s developers is now posting about 10 upgrades per day.

The funding pendulum is swinging back to the Asia-Pacific after a brief shift to Europe. Last week, Senate Armed Services Committee Chairman James Inhofe, R-Okla., and Ranking Member Jack Reed, D-R.I., said they would create the “Pacific Deterrence Initiative” in the fiscal 2021 National Defense Authorization Act. “The Pacific Deterrence Initiative will enhance budgetary transparency and oversight, and focus resources on key military capabilities to deter China,” Inhofe and Reed wrote in War on the Rocks. “The initiative will also reassure U.S. allies and partners, and send a strong signal to the Chinese Communist Party that the American people are committed to defending U.S. interests in the Indo-Pacific.”

Like the European Deterrence Initiative, a budget account that for U.S. efforts to counter Russia on the continent, the Pacific Deterrence Initiative “will enhance budgetary transparency and congressional oversight” and “focus resources on key capability gaps to ensure U.S. forces have everything they need to compete, fight, and win in the Indo-Pacific,” Inhofe and Reed write.

So what will the Pentagon buy with the money? “Investments in theater missile defense, expeditionary airfield and port infrastructure, fuel and munitions storage, and other areas will be key to America’s future force posture in the Indo-Pacific,” Reed writes.

And with military operations drawing down in Afghanistan and Iraq, funding for efforts could shift to the Pacific, writes Roman Schweizer, analyst for Cowen & Company. “With the Overseas Contingency Operations budget likely to fade in coming years, spending on the PDI may justify keeping spending elevated,” he wrote in a June 1 note to investors.

And about that defense budget, Gordon Adams, a former Clinton-administration Office of Management and Budget official who oversaw defense spending, has thoughts how to cut it.

Following the collapse of a deal for Boeing to buy 80 percent of Embraer’s commercial airplane business and join forces on a military cargo plane project, the Brazilian company is hunting for a new partner in China, India or Russia, Reuters reports. Embraer is reviewing its five-year plan, Francisco Gomes Neto, the company’s president and CEO, said on a June 1 quarterly earnings call. “We are in this moment,” he said. “We review and analyze what could be the potential or possible business models for potential partnerships.”

Drawing on funds provided by the Defense Production Act, the Pentagon awarded 5N Plus Semiconductor $12.75 million “to improve semiconductor production processes to support long term business viability and maintain the sole domestic source of critical semiconductor technologies for space programs,” the Pentagon said in a May 29 statement. It also awarded SolAero Technologies $6 million “to sustain critical domestic industrial base capability for satellite solar array panels during the COVID-19 pandemic.” Pentagon officials have said the coronavirus pandemic has hit the space industry harder than other sectors.

In a matter of days, a team of Northrop Grumman engineers designed and built an easy-to-assemble ventilator that costs less than $1,000. “The team’s ventilator concept began as a doodle shared between colleagues and quickly came to life using a makeshift lab in an employee’s garage,” the company said in a feature on its website. The engineers built the ventilator in response to a U.S. Defense Department “Hack-a-Vent challenge” to industry. The Pentagon selected Northrop’s “FieldVent” for further development in late March. “Northrop Grumman is working to get the design through FDA Emergency Use Authorization (EUA) and plans to provide the DoD full and unlimited rights to the intellectual property. The team’s groundbreaking design is the first of its kind to offer a mass producible ventilator that costs less than $1,000 to build.”

Boeing delivered the first of 11 F/A-18 Super Hornets to the Navy. Now the jet will undergo flight testing before getting its blue-and-yellow paint job. The flight demonstration team currently flies F/A-18C/D Hornets. So what distinguishes a Super Hornet from a Blue Angels Super Hornet? “Major modifications include the addition of an oil tank for the smoke-generation system, fuel systems that enable the aircraft to fly inverted for extended periods of time, civilian-compatible navigation equipment, cameras and adjustments for the aircraft’s center of gravity.” And here’s a picture of one of those new Blue Angels Super Hornets all painted, courtesy of our friends at The Drive. 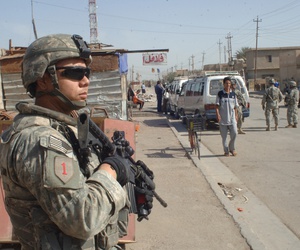 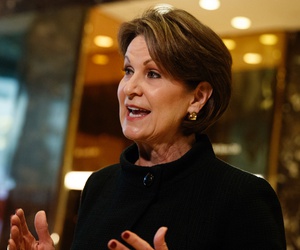 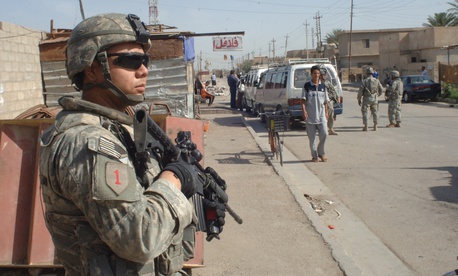 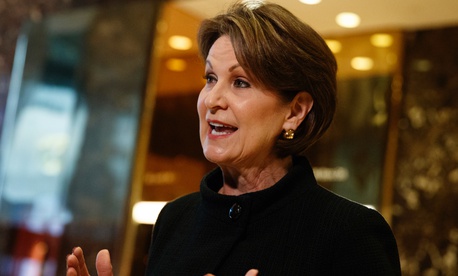