Federal Agencies Tap Data Visualization to Track and Mitigate the Spread of COVID-19
Skip to Content
Get all our news and commentary in your inbox at 6 a.m. ET.
Ideas
Get the Message: Military Compensation Reform Is Sacred No More

That Congress was willing to touch the third rail of military retirement pay shows times are changing, as they should. By Maren Leed 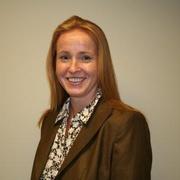 Last week’s Murray-Ryan budget deal includes one provision that is particularly nettlesome for some in the defense community. The adjustment to decrease the amount of annual increases in pay for military retirees until they turn 62 is calculated to save about $6 billion over ten years. Many of the associations representing servicemembers, their families and veterans have decried the change, arguing that it reneges on a pact with those who make an unparalleled commitment to national service.

It remains to be seen whether this particular aspect of the budget deal will survive next year’s legislative process or will be reversed before taking effect. But even if it is undone, its inclusion in this deal is significant. It serves as an indication of willingness in both parties to put at least a toe onto what has long been considered a third rail, that of military compensation.

To be clear, the budget deal is so broad that it cannot be considered a clear indicator of a changed political tide in the relatively narrow area of military compensation.  But its passage, despite strong resistance from advocacy groups, is a sign of changing winds.

Hopefully, servicemembers, veterans and those who represent them will recognize this reality and, while working to undo this specific change to the compensation package, engage constructively in a discussion about more acceptable alternatives. This is a difficult, and even unfair, expectation. But it is a necessity.

The Congressional Budget Office reported that military compensation per servicemember grew in real terms by over $15,000 between 2000 and 2012. This cost growth didn’t cause the budget crisis, but the continuation of the trend will become increasingly problematic as overall defense budget levels remain squeezed.

This year’s sequestration cuts offered a compressed window into what this paradigm portends. Unable to reduce personnel (and associated spending) quickly enough, Defense Department leaders have been forced to drastically reduce training and are beginning to cut necessary weapons for both our current and future servicemembers. Over the longer term, the Army and Marine Corps are also planning to cut ever larger numbers of forces.

Putting military compensation on a sustainable path would help to alleviate the need for some of these stark and risky choices. Failure to do so, on the other hand, forces the Pentagon and the Congress to pit the servicemembers of today and tomorrow against yesterday’s. This will continue until the groups that represent all three cohorts move past a state of denial and engage constructively to help shape the least bad outcome.

The time is ripe for this interaction. The work of Congressionally-directed Military Compensation and Retirement Modernization Commission is ongoing. The Commission is charged with finding a comprehensive and integrated plan that will balance fiscal realities, moral obligation and the continued health of the all-volunteer force. If the members of the uniformed services and veterans associations truly believe that the Murray-Ryan plan represents an “egregious breach of faith,” then they should work with the Commission to offer alternatives. If they fail to do so, there are at least two potential outcomes. First, defense leaders will have no choice but to make additional cuts to either training or equipment. Second, this week’s developments suggest that Congress may actually take steps to find their own solutions.

Many, myself included, thought that the days of pragmatic cooperation in this Congress may have been past. The Ryan-Murray deal, criticized from almost every direction, serves as a glimmer of hope that compromise and collective disappointment may lead us out of our unfortunate fiscal mess. The services’ and veterans’ associations should heed the example set by Senator Murray and Congressman Ryan and come to the table.