Building Stronger Public Health through the Pandemic and Beyond
Skip to Content
Get all our news and commentary in your inbox at 6 a.m. ET.
Ideas
Let NATO Keep the Peace in Palestine 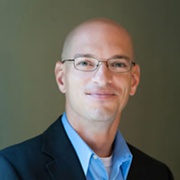 Palestinian President Mahmoud Abbas proposed last week that an American-led NATO peacekeeping force should patrol the West Bank and the Gaza Strip indefinitely, as part of a broader Israeli-Palestinian peace agreement. Washington should wholeheartedly embrace Abbas’s proposal not simply as a means of facilitating peace between Israel and Palestine, but also as a means of advancing NATO into the post-Afghanistan era.

Substantively, Abbas’s proposal is not terribly novel for longtime NATO watchers or those very familiar with Israeli-Palestinian negotiations. Whether and how the North Atlantic alliance might  support implementation of a prospective Israeli-Palestinian peace agreement has been discussed among scholars, diplomats and political leaders for many years. The most significant impediments to actually enacting such a plan have been those in Israel who question the peacekeeping integrity, reliability and capability of any third-party military force, whether by the United States, United Nations, or NATO

Now, add to that the challenge of convincing NATO allies to take on a long-term military operation right as the International Security and Assistance Force, or ISAF, mission in Afghanistan is about to come to a close. The end of ISAF cannot come quickly enough for many of America’s closest, most capable allies, who are in a period of defense austerity in the wake of the European sovereign debt crisis of the last decade. Meanwhile, policymakers in Washington are reluctant to become bogged down with any new military obligations in the Middle East -- witness Congress and the Obama administration’s great hesitancy to intervene militarily in Syria.

Despite these hurdles, Abbas’s proposal, or rather his enthusiastic endorsement of a longstanding proposal, should appeal to Washington for many reasons. Most significantly is the opportunity it presents to contribute substantively to ending the Israeli-Palestinian divide -- a major security challenge of the last several decades that involves vital American interests. Indeed, for this reason alone, Washington should seize upon Abbas’s proposal as a useful point of departure for what a peacekeeping mission might eventually look like.

Foremost among other reasons to get NATO involved is the benefit to allied interoperability.  Over a dozen years in Afghanistan have produced an unprecedented degree of operational and tactical interoperability among alliance member state militaries working side-by-side. The absence of such missions makes it more challenging for America’s most likely, most capable future coalition partners to operate by its side, or even to be willing to join future coalitions. The gains to be realized from a peacekeeping operation are necessarily somewhat more limited than those gained from a full spectrum military operation such as ISAF -- but they are better than atrophy.

Washington would also benefit through the emphasis on allied expeditionary capabilities that such an operation would demand. Many alliance observers fear that NATO after Afghanistan will retrench, despite the fact that vital allied security interests lay beyond the borders of Europe.  A peacekeeping operation in Palestine would encourage Washington’s European allies to continue  building and maintaining expeditionary militaries -- in terms of defense and security policy outlook, military procurement and logistical capabilities. Over the next decade, as European governments and defense establishments emerge from the worst of the austerity years, Washington should strive to keep Europeans focused on the horizon, beyond Europe’s shores, toward the protection and promotion of common interests in the Middle East, the Indian Ocean, Southeast Asia and beyond.

Certainly in the short run, budget austerity in Europe will act as a strong deterrent to participating in a peacekeeping operation in Palestine. However, there are options the United States could pursue to make such an operation more palatable to its allies, as well as its own public. For example, conducting the peacekeeping operation under a UN mandate could defray some costs.

Likewise, a Palestine peacekeeping mission modelled on the Bosnian example might prove more appealing than Abbas’s ‘indefinite’ suggestion. Under a Bosnian model, the United States and its most capable European allies might form an ‘implementation force’ to fulfill the peacekeeping mandate for a limited period of two to five years, followed by a longer-term ‘stabilization force’ that would include countries beyond the NATO alliance.

Finally, an explicit timeframe for the entire peacekeeping mission would help to convince publics in both North America and Europe that their troops would not be indefinitely deployed abroad, resulting in uncontrollable and unsustainable fiscal costs. By aggressively leveraging Abbas’s embrace of a NATO-led peacekeeping operation as the starting point for additional negotiation and refinement, the United States might find that it not only gets its European allies to shoulder more of the security burden in defense of common interests, but that it does itself a significant favor in ensuring it will have allies capable of doing so well into the future.

John R. Deni is research professor of national security studies at the U.S. Army War College’s Strategic Studies Institute. You can follow him at @JohnRDeni.

NEXT STORY: Beyond Mobile: Live Webcast with DARPA’s Dan Kaufman