The president who wants to shutter America’s wars finds that new conflicts keep opening for business. By Gayle Tzemach Lemmon

President Barack Obama came to Washington in 2008 pledging to end the Iraq war and refocus on Afghanistan, the “war we have to win.” The idea was to settle the fights America already was involved in and to be certain not to embark upon new ones. Despite approving a troop surge in Afghanistan, Obama made clear that his presidency was the time to shut down the boots on the ground, even if drones and special operations remained as active as ever.

“America, it is time to focus on nation building here at home,” Obama said in a 2011 speech about Afghanistan, one of his few extended public talks on the war. Today, new conflicts in Syria, Ukraine and elsewhere tempt American hawks itching to intervene again with American troops and military firepower. So it’s worth revisiting what Obama has said in the past to understand his thinking today.

“We must chart a more centered course,” Obama said in the same speech. “Like generations before, we must embrace America’s singular role in the course of human events. But we must be as pragmatic as we are passionate; as strategic as we are resolute. When threatened, we must respond with force – but when that force can be targeted, we need not deploy large armies overseas. When innocents are being slaughtered and global security endangered, we don’t have to choose between standing idly by or acting on our own. Instead, we must rally international action, which we are doing in Libya, where we do not have a single soldier on the ground, but are supporting allies in protecting the Libyan people and giving them the chance to determine their destiny.”

Obama argued last September at the United Nations that America is “shifting away from a perpetual war footing” in a speech laying out his rules for Middle East intervention that both narrowed America’s definition of its security interests and expanded upon the idea that there was a way to “choose between inaction and war” through sanctions, diplomacy and other non-military measures.

There’s just one problem: the president who wants to shutter America’s wars finds that new conflicts keep opening for business. And while Obama may have found a Goldilocks formula for just-right American intervention on paper, in reality that third way, or more centered course, has been hard to achieve and a lot harder to maintain.

Obama’s reticence is colliding with reality from Ukraine to Syria to Afghanistan, provoking the first debate in the last several years about what America’s role in the world is today and what the idea of American global leadership actually means. So far no one has fully defined America’s global role for us – not the president and not anyone else either.

Sens. Lindsay Graham, of South Carolina, and John McCain, of Arizonza, among other Republicans, have pummeled the president in recent days in arguing to reporters that Obama’s “feckless” foreign policy has emboldened Russian President Vladimir Putin to make moves on Ukraine. “We have a weak and indecisive president that invites aggression,” Graham said on CNN.

The Washington Post editorial board argued that “Obama has led a foreign policy based more on how he thinks the world should operate than on reality.”

It’s a stark accusation given the Pentagon’s consistent message of putting forth a military and defense strategy built to match — as Defense Secretary Chuck Hagel told the Senate this week — the “reality” of world events and Washington budget politics.

Yet seasoned diplomats say it’s not a shortage of reality that is guiding the Obama foreign policy, but an excess of politics. They describe an administration driven by a desire to find a way out of a smorgasbord of unpalatable policy options, leading them into circular conversations and a decision-making deficit.

“I would characterize it as an administration that is in permanent campaign mode,” said Ronald Neumann, who heads the American Academy of Diplomacy and is a retired career foreign service officer who served as ambassador to Algeria, Bahrain and, most recently, Afghanistan. “I don’t know that they are not connected to reality; they have some enormous problems making hard decisions.”

Neumann said White House officials often speak words that sound good, but confuse as often as they clarify. “It seems to me, in many cases, statements are made on the basis of ‘What should we say?’ rather than being connected to a series of actions,” he said. “Nothing happens as a result.”

Others who have represented the U.S. overseas see the Obama administration practicing a “minimalist” foreign policy without coming out and identifying it as such.

Former U.S. Ambassador to Iraq James Jeffrey takes issue with the broader approach of an administration that believes it is on the “right side” of history. He argues that Russia’s invasion of Crimea was no more Obama’s fault than the 2008 invasion of Georgia was President George W. Bush’s. But he agrees that there is not enough focus on hard decisions and hard power.

“They are basically saying that the march to democracy — a Wilsonian, liberal rule of law based on free trade, a collective security international regime, the liberation of the individual, and freedom and democracy  — are so powerful and desired by everyone in the world and are so important to modern economies that it is not only in the obvious interest of government and people to embrace it, but sooner or later they are going to have to,” he said.  “So that is our foreign policy, sitting back and watching.”

With [Secretary of State John] Kerry it is different, Jeffrey said. “He is an activist and, with him, it is more an idealistic belief that is all going to work in the end.”

Still, Jeffrey, too, sees a foreign policy that puzzles. “Our policy toward Syria is unacceptable,” he said. “But pretending that Geneva and the chemical weapons agreement [with Syria] and dealing with the refugees and talking with people about possibly equipping them militarily is a policy is, alas, typical politics. And that is part of the problem — we have the continuation of a political campaign masquerading as a government. It just confuses the hell out of us.”

“It is how you do politics in America, but it doesn’t work in foreign policy.”

Neumann describes a National Security Council that controls the policy process far more than it makes decisions about it. In Syria, Afghanistan and other hotspots, the administration’s choices range from lousy to awful, a reality that has resulted in a sustained lack of decision-making.

“They recognize a series of choices, they don’t like any of them, they don’t know what to do about it and then they default into endless talking about small stuff,” Neumann said. “I think it is much more a function of a president, at the end of the day, not giving clear strategic guidance because he doesn’t like the options, rather than he doesn’t understand them.”

The president planned to announce next year’s U.S. troop levels for Afghanistan before February’s NATO ministerial meeting, Neumann noted. But because Afghanistan has not yet signed the bilateral security agreement, the White House has simply waited rather than put the troop number into the public scrum.

“Parts of the White House are just very unhappy with the choices. The force packages that are being presented by the military are somewhat larger than they would like to stay with. And they keep asking for options and they get them. But they get the caveat that they are going to be high-risk, and they don’t like that,” Neumann said, “so it just goes round and round and round.” 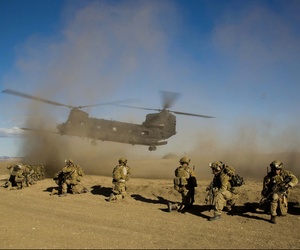 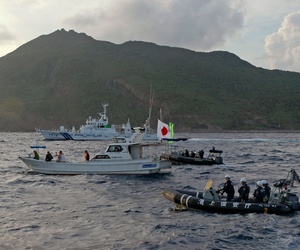 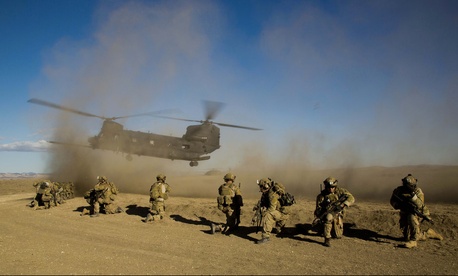 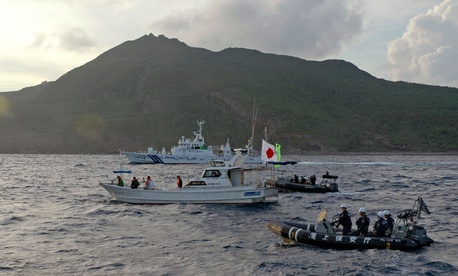