How to Overcome Challenges of Managing Hybrid, Multicloud Environments
Skip to Content
Get all our news and commentary in your inbox at 6 a.m. ET.
Ideas
70 Years After D-Day, the Legacy of WWII Veterans Carries On

The stories of valor that took place on Normandy Beach 70 years ago need to be passed on to future generations. Here’s one of them. By Christopher D. Kolenda 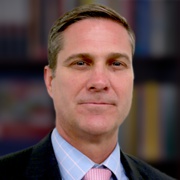 The crash of naval gunfire and aerial bombing grew louder. His Higgins boat, one of thousands in the first wave, tossed in the Channel toward the overcast beaches of Normandy before 7 AM on June 6, 1944. Plumes of water shot up around his boat, German shells detonating as they plunged into the Channel. Occasionally, a boat exploded into flame and death.

Staff Sgt. Ray Lambert, leader of the 16th Infantry Regiment’s medical platoon, crouched in the front left seat of the troop compartment. A hailstorm of bullets from German machine guns pelted the sides as the distance to the beach closed. Of the 31 men crammed together that morning, only seven would be alive by dusk.

He wondered about his brother. Bill was the G Company first sergeant in the 16th Infantry, probably scores of boats to the west.

Fear. Adrenaline. Stay calm. Think of something else. The nervous chatter in the boat stopped long ago, as soldiers tried not to imagine what lay ahead. Ray had landed with the 1st Infantry Division in North Africa and Sicily, but nothing compared to the looming violence of this landing. He knew he had to un-ass the boat quickly. As the ramp came down, the open front of the boat would funnel the bullets inside, ricochets tearing through flesh and bone.

Ramp down. Ray jumped into neck-deep water, struggling with his equipment to stay upright and move forward – into more and heavier concentrations of bullets and shells and fragments. Bullets tore through the inside of his boat as Ray entered the water. Many of his 30 companions would not even make it into the water alive.

As a medic, Ray wore a white armband with a red cross on his arm and a similar design painted on his helmet. Medics were supposed to be protected by the Geneva Convention from being targeted, but everyone knew that wounded soldiers sapped far more combat power than dead ones. Killing the medics meant combat soldiers would need to treat the wounded. The Red Cross provided a good aiming point for German marksmen.

“Keep moving!” Ray yelled to a drowning soldier that he was pulling toward the shore. The air was full of whistling bullets and the whoosh of shells and fragments. The 16th Infantry had landed in front of a German bunker whose machine gun sights were trained on that exact point.

Time slowed. Men struggled with the surf, concussions, and growing accuracy of the German fire. Tunnel vision. Ray notices a large hunk of concrete to his front – the only cover on that beach. He decides that’s the best place for now to treat the wounded.

He positions one of his medics there – most others were attached to the infantry platoons – and went back into the surf, away from the protection of the concrete boulder, to pull in more of the drowning and wounded.  That boulder remains on the beach today.

He is shot near the elbow. “That one just pissed me off,” Ray told me 60 years later. He continued going back and forth between the big boulder and the Channel surf – the expanse of beach growing larger and more exposed as the tide lowers – rescuing the drowning, treating the wounded, comforting those who he know had only moments left to live. How he had survived so exposed on the beach for that long was a miracle. 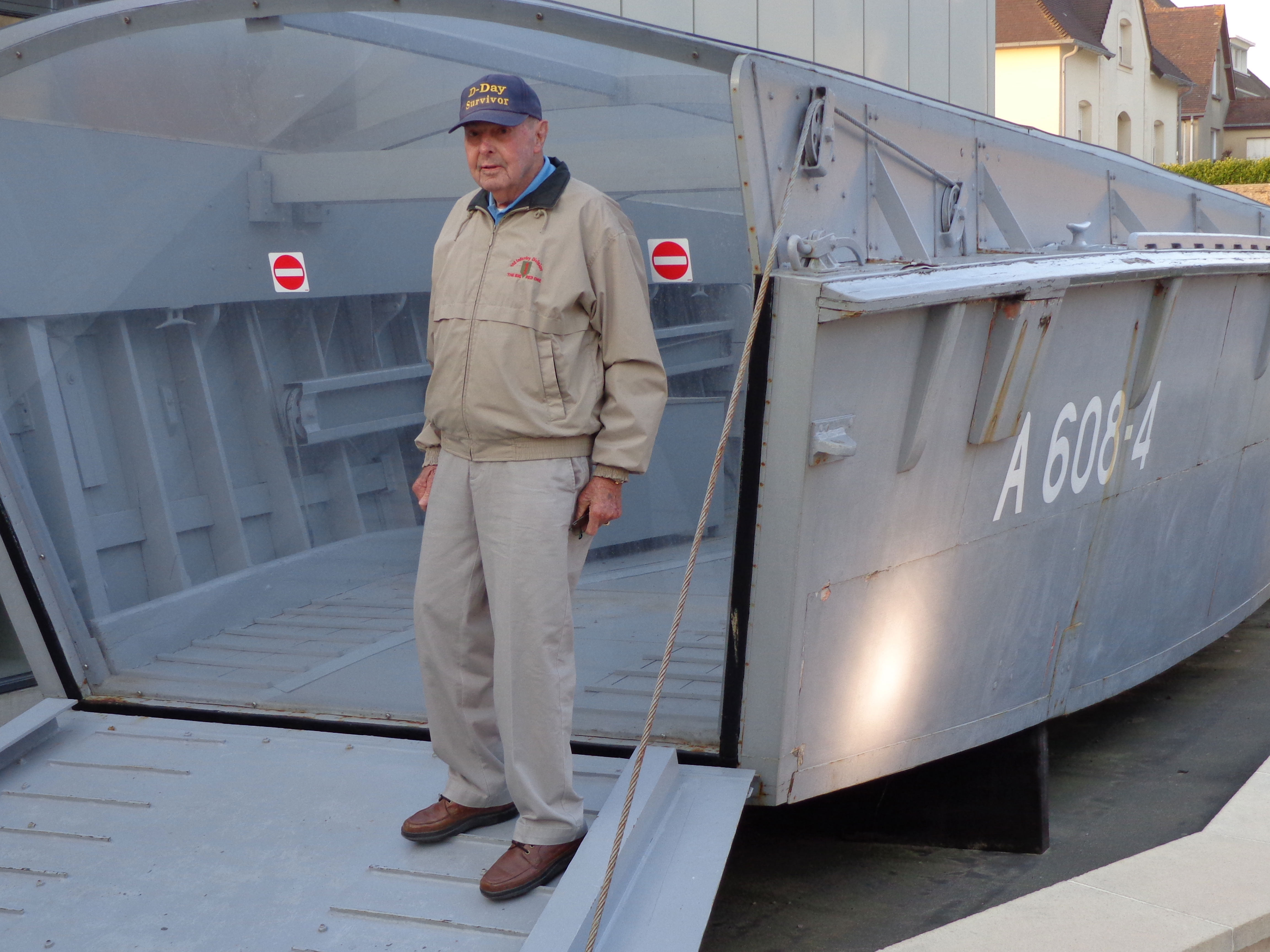 He goes back again and again. A piece of shrapnel hurtles through the smoke and tears a chunk out of his left leg, spinning Ray to the ground. Damn, that one hurt. Bleeding profusely, Ray matter-of-factly injected himself with morphine, applied a tourniquet to his leg, and drove on.

Sixty-nine years later he was convinced that he was only on the beach for 30 minutes.  In fact, it was probably more than three hours.

Ray noticed more Higgins boats coming in – that would be the second wave due around 10 AM. Ray spied another drowning soldier and raced back into the water to drag him to safety.

Crash! As Ray was pulling the soldier up, a Higgins boat roared in behind him and dropped the ramp directly onto Ray’s back, pinning him to the Channel floor. He was held underwater for what seemed an eternity. When he was finally able to move again, he was in terrible pain.

He grabbed the soldier he had been rescuing and stumbled, adrenaline the only thing keeping him moving, onto shore. He took the soldier to the big rock and told him to go inland.

Ray began to feel the effects of blood loss, fatigue, and a broken back. He told Cpl. Raymond Lapore one of his medics to take over the rescue efforts, while Ray used his remaining strength to treat the wounded sheltering behind the boulder.

The young medic stood up and fell back dead immediately. A bullet rammed through his skull near the Red Cross. He had fallen on top of Ray’s broken back.

Ray passed out from the loss of blood and pain. He woke up hours later on a hospital ship, and then again at a hospital in the U.K. The beds in the hospital were arranged alphabetically.Ray looked at the man next to him.  It was his brother. Badly wounded, but alive.  Bill would live into his nineties.

Ray was awarded the Silver Star for his actions, an award left on his hospital bed while he slept. The infamous St. Louis fire destroyed the records of his award, along with those of countless others. He would like to get his certificate, but has been stonewalled by the bureaucracy.

Ray went on to be a highly successful business man and volunteer. His is a true Greatest Generation story. He still saddles up to visit soldiers of the Big Red One at Fort Riley, telling his story and those of comrades long silent, inspiring the next generation.

Ray’s story on the 70th anniversary of D-Day reminds us of the tremendous sacrifices made by so many young men on that fateful day in the fight for freedom. It also serves as a reminder that thousands of the Greatest Generation are dying every year and we risk losing their stories forever.

I also hope this anniversary and the increased scrutiny on the Department of Veterans Affairs may also lead to fixing an intractable bureaucracy so that veterans like Ray and their families can recover the awards and certificates that recognize such extraordinary valor.

Ray lives today with his wife Barbara in North Carolina.

Christopher D. Kolenda is the editor and co-author of the critically acclaimed book Leadership: The Warrior’s Art.He recently served as the senior advisor on Afghanistan and Pakistan to the Department of Defense senior leadership and has served four tours in Afghanistan.

NEXT STORY: It's the Afghan War, Not Bergdahl, That America Has Forgotten