Next Generation Interceptor: The Nation’s Next First Line of Defense Against Ballistic Missile Threats
Skip to Content
Get all our news and commentary in your inbox at 6 a.m. ET.
Ideas
Everything You Need to Know About the Taliban in Afghanistan

With their summer offensive well under way in southern Helmand province, the Council on Foreign Relations' Zachary Laub retraces the Taliban's evolution over the past two decades. By Zachary Laub 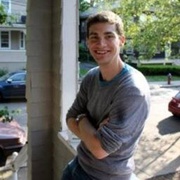 The Taliban is a predominantly Pashtun, Islamic fundamentalist group that ruled Afghanistan from 1996 until 2001, when a U.S.-led invasion toppled the regime for providing refuge to al-Qaeda and Osama bin Laden. The Taliban regrouped across the border in Pakistan, where its central leadership, headed by Mullah Mohammed Omar, leads an insurgency against the Western-backed government in Kabul. Both the United States and Afghanistan have pursued a negotiated settlement with the Taliban, but talks have little momentum as international forces prepare to conclude combat operations in December 2014 and withdraw by the end of 2016.

The movement attracted popular support in the initial post-Soviet era by promising to impose stability and rule of law after four years of conflict (1992–1996) among rival mujahideen groups. Talibs entered Kandahar in November 1994 to pacify the crime-ridden southern city, and by September 1996 seized the capital, Kabul, from President Burhanuddin Rabbani, an ethnic Tajik whom they viewed as anti-Pashtun and corrupt. The Taliban regime controlled some 90 percent of the country before its 2001 overthrow, analysts say.

The Taliban imposed its brand of justice as it consolidated territorial control. Taliban jurisprudence was drawn from the Pashtuns' pre-Islamic tribal code and interpretations of sharia colored by the austere Wahhabi doctrines of the madrassas' Saudi benefactors. The regime neglected social services and other basic state functions even as its Ministry for the Promotion of Virtue and Prevention of Vice enforced prohibitions on behavior the Taliban deemed un-Islamic, requiring women to wear the head-to-toe burqa , or chadri ; banning music and television; and jailing men whose beards it deemed too short.

The regime was internationally isolated from its inception. Two UN Security Council resolutions passed in 1998 urged the Taliban to end its abusive treatment of women. The following year the council imposed sanctions on the regime for harboring al-Qaeda. Only Saudi Arabia, the United Arab Emirates, and Pakistan recognized the government. Many analysts say Islamabad supported the Taliban as a force that could unify and stabilize Afghanistan while staving off Indian, Iranian, and Russian influence.

Mullah Omar, a cleric and veteran of the anti-Soviet resistance, led Taliban-ruled Afghanistan from 1996 to 2001 as amir al-mu'minin , or "commander of the faithful." He granted al-Qaeda sanctuary on the condition that it not antagonize the United States, but bin Laden reneged on their agreement in 1998 when he orchestrated bombings of U.S. embassies in East Africa. The episode was indicative of tensions that emerged between the two groups , analysts say. The Taliban was fundamentally parochial while al-Qaeda had its sights set on global jihad—yet after 9/11, Omar rejected U.S. demands that he give up bin Laden.

Ethnic minority Tajiks, Uzbeks, and Hazaras in northern Afghanistan opposed to Taliban rule formed the Northern Alliance , which assisted U.S.-led forces in routing the Taliban after 9/11. Though the regime was dismantled during the occupation, Mullah Omar and many of his top aides escaped to the frontier territories of Pakistan, where they reconstituted the Taliban's central leadership. Dubbed the "Quetta Shura" for the capital of Balochistan province, where they are believed to have taken refuge, they maintain a degree of operational authority over Afghan Taliban fighters, but appear "unwilling or unable to monopolize anti-state violence," a UN Security Council monitoring team found in September 2013.

Many experts suspect the Pakistani security establishment continues to provide Taliban militants sanctuary in the country's western tribal areas in an effort to counter India's influence in Afghanistan. Islamabad dismisses these charges. ( Tehrik-i-Taliban Pakistan , commonly known as the Pakistani Taliban, is an insurgent group distinct from its Afghan namesake; it coalesced in response to the Pakistani military's incursions into that country's tribal areas. The Afghan Taliban, by contrast, views Pakistan as a benefactor.)

The Taliban's post-2001 resurgence has partially been financed by narcotics production and trafficking, though Mullah Omar issued injunctions against opium production, and the Taliban eradicated much of the poppy crop during its rule. Insurgents and other strongmen extort ushr , an agricultural tithe, from farmers and levies at roadside checkpoints. Revenues from illicit mining [PDF] also contribute to Taliban coffers, which net some $400 million [PDF] a year, the UN estimated in 2012.

Public Opinion of the Taliban

More than a decade since its fall from power, the Taliban enjoys continued, if declining, support. The Asia Foundation found that in 2013, a third of Afghans—mostly Pashtuns and rural Afghans—had sympathy for armed opposition groups (AOGs), primarily the Taliban. Nearly two-thirds of Afghans, the survey found, believed that reconciliation between the government and AOGs would stabilize the country.

Many rural Afghans have come to trust the Taliban's extensive judicial network over government courts to "solve disputes in a fair war, without tribal or ethnic bias, or more commonly, without having to pay bribes," says Graeme Smith , a Kabul-based senior analyst at the International Crisis Group.

As the Obama administration wound down the war in Iraq, it recommitted the United States to counterinsurgency operations against the Taliban and allied groups in Afghanistan, authorizing a surge that brought peak troop levels to about one hundred thousand in June 2011 and redoubled civilian efforts . Pakistani safe havens stymied U.S. counterinsurgency efforts, though the CIA's targeted-killing program there has sought, in part, to fulfill a " force protection " mission where the U.S. military cannot operate.

But as the Pentagon withdrew the surge troops in 2012, further drew down its military footprint in 2013, and handed lead security authority over to Afghan forces in June of that year, the Taliban-led insurgency escalated.

The United Nations Assistance Mission in Afghanistan (UNAMA) documented 8,615 civilian deaths and injuries [PDF] in 2013, a 14 percent increase over the previous year and the highest toll since it began keeping these records in 2009. UNAMA attributed the vast majority of these casualties to insurgents who deliberately targeted civilians or used such indiscriminate tactics as improvised explosive devices; other civilians were caught in the crossfire between insurgents and government forces.

In some outlying districts, Afghan forces and local insurgents have reached informal ceasefires that effectively cede a degree of authority to the Taliban. The UN reported in 2014 that the Taliban maintained outright control of four districts, out of 373 nationwide, but the insurgency's reach extends much further: Afghan security forces judged in late 2013 that some 40 percent of districts had a "raised" or "high" threat level.

An Elusive Endgame in Afghanistan

Afghan forces have taken over nearly all combat operations, but some military analysts question whether they can keep the insurgency at bay as coalition forces draw down. Though NATO's combat mission expires at the end of 2014, a consultative loya jirga , a traditional grand assembly of tribal elders and community leaders, overwhelmingly endorsed a longer-term role for the U.S. military and its partners in helping secure the country.

That role is likely to be narrowly circumscribed, however. The United States has articulated a post-2014 mission focused exclusively on training Afghan forces and conducting counterterrorism operations against "the remnants of al-Qaeda." In May 2014, President Barack Obama announced a timetable calling for a complete U.S. withdrawal by the end of 2016. (This residual force is contingent on the Afghan government concluding agreements [PDF] with the U.S. government and NATO; both candidates vying for the presidency have promised they would sign them.)

Some Afghans and U.S. military analysts see the U.S. withdrawal from Iraq in late 2011, which followed Washington and Baghdad's failure to agree on a renewed status-of-forces agreement, as a cautionary tale. After the last U.S. troops departed Iraq, Sunni insurgents unleashed levels of violence not seen since the height of the civil war several years prior, and made territorial gains across large swathes of the country.

Meanwhile, as an outright battlefield victory appeared unattainable, the United States came to believe by 2010 that political reconciliation " is the solution to ending the war " [PDF]. But talks between the Taliban and the central government have suffered repeated setbacks. Most notably, in September 2011, Kabul's chief negotiator, former president Rabbani, was assassinated. The Taliban has so far shown little interest in accepting the constitution and laying down its arms, while some civil society groups also oppose a negotiated settlement, fearing a backslide on women's rights and other gains made in the past decade.

U.S.-Taliban talks have not fared better than those carried out by Kabul. Prospective negotiations mediated by Qatar in July 2013 were quickly scuttled after Afghan president Hamid Karzai objected to the manner in which the Taliban opened its office in Doha. The Obama administration had originally explored the prisoner swap of U.S. Army Sgt. Bowe Bergdahl for five Taliban officials as a potential confidence-building measure tethered to broader peace talks, but no such deal was in the works by the time the exchange went through in June 2014; it appears to have taken place as a one-off event.

Some of the White House's detractors contend that the surge's rigid timetable undermined U.S. leverage at a moment when maximum military pressure was brought to bear on the insurgency, and that the anticipated withdrawal has likewise diminished the Taliban's incentives to negotiate.

As coalition forces draw down, the Taliban has recast its mission from one resisting foreign occupation to one that is confronting a government it considers a Western pawn. Meanwhile, its battlefield position and financial interests further reduce its incentives to negotiate, analysts say. The UN says the Taliban and Afghan forces are at a " military stalemate ." Other analyses are less optimistic about the central government's ability to hold its ground. The International Crisis Group reports that insurgents are increasingly confident as "ongoing withdrawals of international soldiers have generally coincided with a deterioration of Kabul's reach in outlying districts." An independent assessment [PDF] of Afghan security forces commissioned by the Pentagon predicts that the Taliban will pick up the tempo of its operations and expand areas under its control between 2015 and 2018.

Meanwhile, strong revenues from a bumper poppy harvest [PDF] in 2013 and other illicit trade have further reduced the Taliban's incentives to reach a negotiated settlement. Some Taliban factions have become less an ideology-driven armed opposition group than a profit-driven mafia, according to the UN.

But while the insurgency remained formidable, the Taliban failed at one of its chief strategic objectives of 2014: mass disruption of Afghanistan's provincial and presidential elections.

NEXT STORY: The Putin Moment Is Passing