An MQ-1B Predator and an MQ-9 Reaper taxi to the end of a runway at Creech Air Force Base in preparation for takeoff, on June 13, 2014.

The threat from terrorism is changing in ways that make intelligence collection all the more important. By Paul Scharre

Al-Qaeda is morphing and metastasizing, spreading like a cancer in an arc of jihadism from the deserts of Northern Mali through Libya, Nigeria, Somalia, Yemen, Syria, and Iraq. Islamic extremists continue to gain ground in Iraq, and President Barack Obama has authorized more than a dozen airstrikes as fighters with the Islamic State of Iraq and the Levant threaten to take Irbil, the capital of Iraqi Kurdistan.

Meanwhile, the Defense Department is cutting one of the most vital tools against this threat: loitering unmanned aircraft, aka drones, to provide persistent surveillance of terrorist networks.

While DOD has had drones flying over Iraq for over a month, a drastic shortfall in global supply means that their presence in Iraq is at the expense of another vital mission elsewhere. And yet not only is DOD not moving to address this shortfall, it is taking steps to reduce its drone fleet, a dangerous move that will make it harder to keep tabs on a growing and changing terrorist threat.

In its recent Quadrennial Defense Review, the Pentagon announced a 15 percent cut to its Predator and Reaper fleet, the bulk of the unmanned aircraft currently used to surveil terrorists around the globe. This isn’t because there is an excess of capacity. Demand for airborne surveillance for critical missions like countering terrorism far outstrips supply. It’s because the ugly disease of “next war-itis” that Defense Secretary Robert Gates repeatedly warned about during his tenure has flared up in the Pentagon yet again.

Despite guidance from the president that prioritizes fighting terrorism, Pentagon force planners have taken their eye off of today’s threats and are overly concentrating their budget dollars on potential future challenges at the expense of current threats. With U.S. troops on their way out of Afghanistan, DOD leaders have mistakenly assumed that demand for unmanned aircraft will abate. In reality, the threat from terrorism is changing in ways that will make intelligence collection all the more important.

The number of radicals is increasing and they are spread across a larger geographic area among a more diffuse array of groups. A recent report from the RAND Corporation revealed that from 2010 to 2013, the number of Salafi jihadist groups increased by more than 50 percent and the total number of fighters more than doubled. Not all of these groups pose direct threats to the United States, but understanding which ones are homeland threats and which ones have only local ambitions depends on good intelligence. Drones are vital intelligence collection tools and yet are precisely what DOD is choosing to cut.

Air Force officials have made no secret of their dissatisfaction with Predators and Reapers, citing their lack of survivability in contested airspace. A senior Air Force officer has gone so far as to call them “useless” in roles outside of tracking al-Qaeda. But penetrating the air defenses of a sophisticated nation isn’t the mission of these low-cost drones. What Predators and Reapers allow is persistent overhead surveillance at relatively low cost, a 24/7 unblinking eye watching terrorists, tracking their movements, and mapping their networks.

It is true that the way in which unmanned aircraft are used today is very personnel-intensive. While the air vehicles themselves are relatively cheap, there are a tremendous number of people behind each “orbit” flying the aircraft, managing the sensors, and processing the reams of intelligence they produce. A smarter way to go about reducing costs in today’s budget-conscious environment would be to invest in new technologies that can reduce the manpower burden for operating these aircraft and exploiting the intelligence. These include multi-aircraft control technology to reduce the number of pilots, wide area sensors that multiply the amount of information collected from each aircraft, and automated video processing to cut down on the number of intelligence analysts needed to manage the deluge of data. Together, these could dramatically reduce operational costs, conceivably even allowing a greater amount of intelligence to be collected at lower cost. Some of these manpower-reducing technologies are already fairly mature, and are explored in greater detail in the Center for a New American Security’s recent report, “Robotics on the Battlefield – Part I: Range, Persistence and Daring.”

But rather than invest in the necessary upgrades to make the current Predator and Reaper fleet more capable and more cost-effective, the Air Force is looking to simply reduce its investment in this mission. Meanwhile, the strategic need is increasing. The terrorist threat is changing and evolving, and DOD’s preoccupation with future threats at the expense of today is strategically flawed, inconsistent with the president’s guidance, and dangerous.

That this is occurring is no surprise. From mine resistant ambush protected vehicles (MRAPs) to countering improvised explosive devices (IEDs) to fielding intelligence, surveillance, and reconnaissance (ISR) aircraft, the Pentagon’s normal bureaucratic processes have been unable to sufficiently address wartime needs when they have arisen in the most recent conflicts, instead requiring the creation of ad-hoc processes, in some cases reporting directly to the Secretary of Defense. If the United States is going to be prepared to keep tabs on an evolving terrorist threat and be poised to act when needed, whether in Iraq or elsewhere, urgent senior leader attention and involvement at the Office of the Secretary of Defense, the White House, and Congress is needed.

Paul Scharre is a fellow and Director of the 20YY Warfare Initiative at the Center for a New American Security. From 2008-2013 he worked in the Office of the Secretary of Defense on unmanned systems and intelligence, surveillance, and reconnaissance capabilities. He is a former reconnaissance team leader in the Army’s 3rd Ranger Battalion, 75th Ranger Regiment and has served multiple tours in Iraq and Afghanistan. 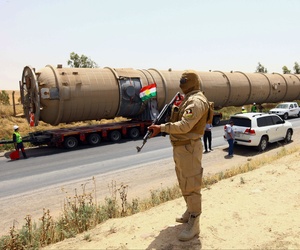 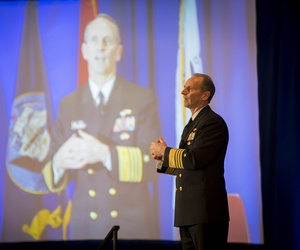 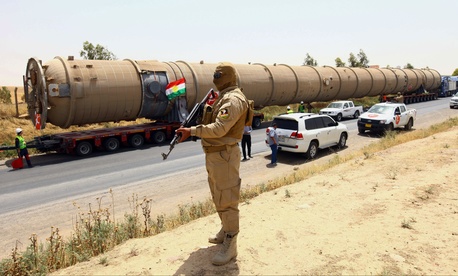 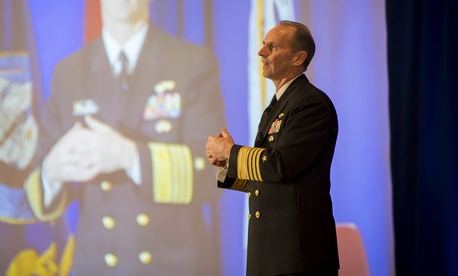