Shifting Left: How DevSecOps Strengthens Agency Security and Risk Management
Skip to Content
Get all our news and commentary in your inbox at 6 a.m. ET.
Ideas
The U.S. Needs a New Approach to Security in Africa

The time is now and Africa is the place to adopt a more comprehensive approach to security that serves as a model for American global engagement in the 21st century. By Scott Bates 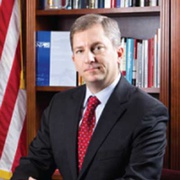 Kidnapped girls. Spreading diseases. Coups, civil wars, and genocide. The security threats of Africa are often framed as transient to Western audiences, displaced from the news cycle by events closer to home—geographically or emotionally—rather than given the full exposure and attention that they might deserve.

Yet Africa is making the news this week, and with more positive headlines. Over 50 African leaders have travelled to Washington, D.C., for the first ever U.S.-African Leaders Summit. With six of the world’s 10 fastest growing economies, the primary focus of the summit’s discussions is to be investment. And that’s good news for those interested in strengthening the security situation on the African continent.

The time is now and Africa is the place to adopt a more comprehensive approach to security that can serve as a model for positive and sustainable American global engagement and leadership in the 21st century.  By using the 4D strategy—equally focusing on democracy assistance, development, diplomacy, and defense cooperation—we can engage with African partners in a way that strengthens their capacity and advances our mutual interests.  Investment, good governance, and security form an interdependent cycle. Conditioning investment and aid on inclusive, stable governance opens the door for political reform. That reform, in turn, can produce societies that provide the stability and security necessary for not only human capital development but favorable conditions for further investment.

In contrast to the benefits of this long-term approach, consider the Chinese model of engagement with Africa. Chinese state-owned companies are draining natural resources to fuel their country’s insatiable economic growth with no preconditions of reform. The benefits are minimal for everyday Africans, who see their potential wealth being rapidly extracted in return for little in the way of infrastructure or even employment (due to Chinese migrant workers) to show for these deals.

While U.S. trade with Africa has stagnated and declined in recent years, China’s trade volume with Africa is “now as large as 2.5 times that of the United States.”  This should be troubling news for those who know that security ties often follow economic interests. It is also not encouraging news for those who fight for reform, transparency and good governance in Africa. All the more reason that a 4D approach to U.S. engagement with Africa promises longer term strategic benefits for the U.S. and our African partners while being true to our values.

Some question the president’s timing for a focus on Africa, given the tumultuous security situations in other hotspots Americans are so focused upon like Iraq, Israel-Palestine, and the former Soviet bloc. The fact of the matter is, however, that the security situation in Africa does not go away when ignored by American audiences. The bottom line is that American engagement—military, diplomatic, and economic—is needed to address the serious challenges facing the continent today.

The Defense Department has bought into the summit’s agenda. According to Deputy Assistant Secretary of Defense for African Affairs Amanda Dory, the political fallout from recent French intervention in Mali has provided the necessary momentum to inspire the African Capacity for Immediate Response to Crises (ACIRC). The ACIRC will be a permanent coalition military force acting at the behest of the African Union (AU), with troops from South Africa, Ethiopia, and Uganda already pledged to participate.

Terrorism remains a very real threat; attacks by armed extremists are most deadly not in Afghanistan but in Nigeria, where the brutal tactics of an expanding Boko Haram result in an average of 24 deaths per event. An ongoing AU mission in Somalia continues to fight against the insurgent group Al-Shabab. However, Africa holds unconventional global security implications as well that make it relevant far beyond its borders. Weak states present tremendous threats in terms of fostering extremism, mismanaging resource scarcity, and diseases that can impact global health.

Ultimately, the U.S.-African Leaders Summit offers a critical opportunity for the kind of partner capacity-building that transnational threats require. Security operations in Africa should not be an afterthought relegated to the bottom of the newsfeed but rather a pressing example of areas in which the United States can work to build up institutional capacity and provide for long-term, comprehensive solutions rather than simple Band-Aids.

For this reason, all who are concerned with global security should applaud the U.S.-Africa Leaders Summit and support a new and promising strategy for American global engagement.

Scott Bates is president of the Center for National Policy and former Senior Policy Advisor for the U.S. House Homeland Security Committee. He recently worked in the Niger Delta on a democracy assistance and development project.

NEXT STORY: 4 Rules of War from Al-Qaeda