As the bill for nuclear weapons grows larger and larger, Congress must scrutinize the commitment to keep last century’s nuclear arsenal. By Angela Canterbury and Kingston Reif

The current international landscape seems to be defined by a never-ending cycle of conflicts and crises. Russia’s aggression against Ukraine. ISIL’s rampage in Iraq and Syria. The disintegration of Libya. The spread of Ebola.

President Barack Obama has numerous tools at his disposal to attempt to keep America and its allies safe from legitimate threats. But the most explosive (literally) power tool has neither prevented nor will be useful in addressing any of today’s international security issues: nuclear weapons.

The current U.S. arsenal of approximately 4,800 nuclear warheads is a Cold War anachronism. Nonetheless, as The New York Times outlined in a Sept. 22 front page story, the United States is planning to rebuild all three legs of its existing nuclear “triad” and their associated warheads – at a cost that could reach $1 trillion over the next 30 years.

As the bill for nuclear weapons grows larger and larger in the coming years, Congress must scrutinize the commitment to keep last century’s nuclear arsenal.

According to a December 2013 Congressional Budget Office (CBO) report, the direct costs of the Administration’s plans for nuclear forces will total $355 billion between FY 2014 and FY 2023. But this is just the tip of the spending iceberg. Over the next 30 years, the bill could add up to $1 trillion, according to recent report of the National Defense Panel Review of the 2014 Quadrennial Defense Review. A growing number of current government and military officials are warning that this price tag is likely unaffordable given the reductions to spending mandated by the 2011 Budget Control Act.

There also appears to be a mismatch between the president’s policy and the “modernization” plans.

As former Sen. Sam Nunn, D-Ga., told The New York Times, “A lot of it is hard to explain….The president’s vision was a significant change in direction. But the process has preserved the status quo.”

For example, the Pentagon and National Nuclear Security Administration have tied possible reductions in the U.S. force of at least 2,500 reserve warheads to the implementation of an impossible-to-execute warhead modernization plan known as the “3+2” strategy. Even if it were practical, the plan isn’t slated for completion until 2050 or 2060. This conflicts with the president’s commitment to negotiate reductions in reserve warheads with Russia.

The old-is-new-again nuclear effort is also forcing difficult tradeoffs with other national security programs. If pursued to completion, these plans will result in additional irrational cuts to programs which are far more relevant to current potential threats. Secretary of Energy Ernest Moniz has admitted that the NNSA’s burgeoning nuclear weapons needs have crowded out funding for essential programs to secure and eliminate dangerous nuclear and radiological materials that terrorists could use to make an improvised nuclear explosive device or dirty bomb.

Which brings us to the important role of Congress in authorizing and appropriating funds for nuclear weapons.

Lawmakers to date have not been provided with enough information to judge the affordability and merits of the current nuclear weapons plan. The estimates the Executive Branch has provided to Congress only looks out 10 years. Not only does this capture a small slice of the costs, but a recent Government Accountability Office (GAO) report found that the administration has been underestimating even the 10-year costs.

To rectify this shortcoming, Congress should require that the Pentagon and the Department of Energy provide it with a full cost estimate of the remaining life-cycle-costs of the existing triad and estimates (or a range of estimates where necessary) of the full life cycle costs for newly planned systems.

In addition, Congress should mandate that the CBO assess options for budget savings within the current modernization plan. CBO has already done this for the Ohio-class ballistic submarine replacement and Long-Range Strike Bomber programs, noting that delaying these programs could save $24 billion over the next decade alone. CBO should do the same for every planned nuclear modernization program.

Both the House and Senate Armed Services Committees included provisions in their respective versions of the FY 2015 National Defense Authorization Act that would create a special National Sea-Based Deterrence Fund to cover the cost of the Ohio replacement program outside of the Navy budget. A nuclear submarine slush fund would be extremely irresponsible. Congress should also reject attempts by the Navy and Air Force to find additional money outside their own budgets to pay nuclear bills.

Fortunately, House and Senate appropriators have so far not allocated resources for this gambit. The Pentagon faces tough budget choices in a constrained fiscal environment. An end-run around those budget choices by creating an off-budget fund obscures the hard choices that need to be made between nuclear weapons and other defense programs in a time of budget austerity. We must require more accountability.

The current modernization plan is geared towards building nuclear weapons that we don’t need and can’t afford. It’s time for Congress to insist on a new approach. 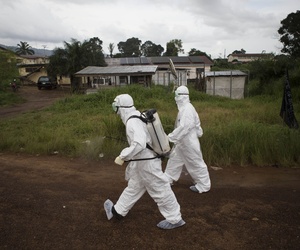 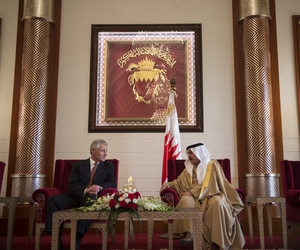 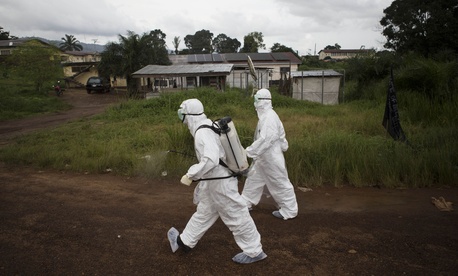 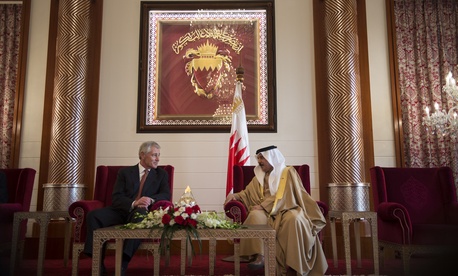