If we haven’t defeated al-Qaeda by now, why do we expect to ‘destroy’ ISIS? By Richard Fontaine

Editor’s Note: Everyone seems to be dancing around the “C” word these days: containment. Well, we at Defense One think it’s time for a blunt debate about that very concept. Here are four commentaries on why containment is (or is not) such a bad idea for ISIS, terrorism, or any foreign policy, for that matter, submitted by authors at the Center for a New American Security, CNA Corporation, Center for Strategic and International Studies and The Heritage Foundation.

Nine days after the attacks of Sept. 11, 2001, President George W. Bush addressed a joint session of Congress. Referring to thousands of terrorists active in more than 60 countries, the president committed the United States to “the destruction and to the defeat of the global terror network.” There is, he said, only one way to remove the terrorist threat to America: “to stop it, eliminate it and destroy it where it grows.” Thirteen years later, after wars in Afghanistan and Iraq, hundreds of drone strikes and thousands of arrests, after the Bin Laden raid and innumerable other efforts, al-Qaeda is damaged and diminished – but neither defeated nor destroyed.

Now President Barack Obama has committed his country to a remarkably similar effort. As Islamic State fighters rampaged through Iraq and Syria, the president addressed the nation. The United States, he said, will “degrade, and ultimately destroy, ISIS through a comprehensive and sustained counterterrorism strategy.” In the effort to “eradicate a cancer” like this, however, the American approach will this time involve not combat troops but air power and support for partner forces on the ground.

It is by no means clear that a strategy that eschews a forward American ground presence can succeed in destroying ISIS when more than a decade of heavy operations has not defeated al-Qaeda. But it is also not evident that, even if the United States were to commit a modest number of combat forces to the effort, it could achieve ISIS’s destruction. A more realistic approach would aim first to contain the group’s reach and then to roll back its gains. Over time, such a strategy could encourage local populations to deny ISIS the sanctuary and support it requires to survive, and they – rather than the United States – might bring about its eventual elimination.

Even more modest goals, however, will require a change to U.S. strategy. The reality is that ISIS will not be bombed out of existence, and its recent gains in the face of U.S. and allied airstrikes underlines this truth. It may not even be possible to pursue a meaningful containment strategy via airpower alone, and thus the effort will likely require relatively small numbers of “boots on the ground” to act as trainers and advisors to local partners (such as the Iraqi security forces, Kurdish Peshmerga, Sunni groups and moderate Syrian rebels) and forward air controllers. It will also mean providing arms to the local partners and expanding the number of trained Syrian rebels, which is currently projected to total just 5,000 after one year.

(Related: Should America Protect Itself Through Bridges or Barricades?)

As the United States embarks on what may be a years-long effort in the Middle East, it should take care to clearly articulate its objectives: first, to prevent terrorist attacks on the homeland or Americans abroad; second, to prevent such attacks on American allies and partners; third, to limit the regional stability ISIS’s gains engender; and fourth, to alleviate the horrific humanitarian suffering they have produced. The U.S. can best accomplish these goals through a campaign that combines air power, a small ground presence and vigorous support for local partners.

A containment and rollback strategy may be slow. It may be frustrating, and it certainly lacks the attractive finality that ISIS’s utter destruction carries. But at a time of yawning gaps between America’s stated goals – destroy ISIS – and its method of achieving them – airstrikes, no boots on the ground – the United States needs to quickly align its objectives and strategies. Contain and then roll back. It’s better to be realistic and effective than to articulate grand visions and fail to achieve them.

Richard Fontaine is president of the Center for a New American Security. 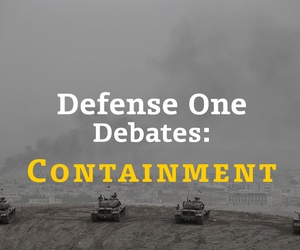 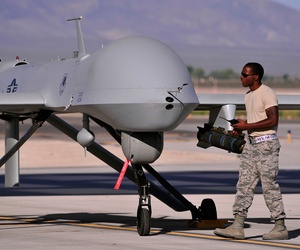 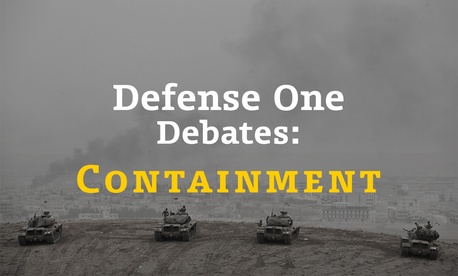 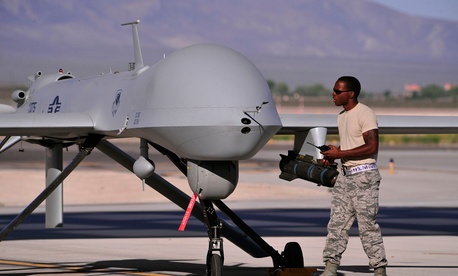