A Supreme Court case over passports for people born in Jerusalem could have a surprisingly big effect on the balance of power in the United States. By Garrett Epps

Americans don’t know whether their president should be more like Victor von Doom, whipping Congress into line, or like Jeeves the butler, murmuring respectfully, “Will that be all, sir?” The text of the Constitution provides remarkably little guidance on the question.

Because disputes between the president and Congress usually are settled in the court of politics, the Supreme Court rarely gets a chance to weigh in. This Monday the Court will consider a small-stakes controversy—one word of a young child’s passport. But the Court should proceed with caution: Its decision may influence many disputes we cannot foresee.

Zivotofsky v. Kerry arises from the ongoing dispute over U.S. policy toward Jerusalem as the capital of Israel. Every administration has taken the position that until a final peace settlement is reached between Israel and its neighbors, the “final status” of Jerusalem is unsettled.

In September 2002, however, the House and Senate both passed a provision titled “United States Policy With Respect to Jerusalem as the Capital of Israel.” This statute “urge[d]” the president to move the U.S. Embassy to Jerusalem (thereby implicitly recognizing it as part of Israel). George W. Bush and then Barack Obama ignored the exhortation as an invasion of the president’s power to conduct foreign policy. Section (d) of the Act, in addition, stated that any American born in Jerusalem could choose to have the “Place of Birth” blank of his or her passport read either “Jerusalem” or “Israel.” Current State Department policy is to list only “Jerusalem,” without any designation of country, on the grounds that the United States has not recognized Israel as the sovereign in Jerusalem.

(Related: Should America Protect Itself Through Bridges or Barricades?)

The petitioner in this case, Menachem Zivotofsky, was born in Jerusalem in 2002. His parents requested “Israel” as the place of birth on his passport. The State Department refused, and by his first birthday, the infant boy was the plaintiff in a case that is now reaching the Supreme Court a second time.

The D.C. Circuit in 2009 threw out the case, saying the dispute was a “political question”—a constitutional term for a dispute between the branches that courts are not competent to decide. The Supreme Court in 2011 reversed the D.C. Circuit and sent the case back; courts can and must decide the validity of a statute, it said.

The D.C. Circuit again held that Zivotofsky has no claim. “[W]e conclude that the President exclusively holds the power to determine whether to recognize a foreign sovereign,” a three-judge panel held. That power, it reasoned, flows from the provision in Article II, Section 3 that the president “shall receive Ambassadors and other public Ministers.”

The Supreme Court took the case again. The government is arguing for exclusive presidential power; the Zivotofsky family (and congressional amicus briefs) argue that Congress has power to regulate passports under its power to regulate “commerce with foreign nations,” to “establish a uniform rule of naturalization,” and other powers.

There are basically three ways to approach the issue. First, a judge can look at the history of the framing of the provision at issue and consider what Justice Antonin Scalia would call “the original public meaning” of the document. That study seems inconclusive; just as one example, Alexander Hamilton insisted before ratification that the “reception” power was “more a matter of dignity than of authority” and “without consequence in the administration of the government.” After ratification, as advocate for President George Washington, he thundered that the same power gave the president complete control over which governments the United States would recognize. Small wonder that Justice Robert H. Jackson once complained that the early materials are “almost as enigmatic as the dreams Joseph was called upon to interpret for Pharaoh.”

Second, a judge could look at the practice followed by the two branches over the past 225 years. Inconclusive again. Basically, presidents have often insisted they have the power exclusively, except when Congress got ahead of them and the president ran after it, screaming, “I’m leading!”

Finally, a judge could consider which rule would lead to better results. “Because U.S. policy toward Jerusalem is inextricably linked to this nation’s broader foreign policy in the region, confusion about the President’s recognition could undermine the United States’ credibility with the parties to the peace process,” the government argues in its brief.

Zivotofsky’s lawyers dispute that. The change, they say in his brief, will have “negligible impact on foreign policy.” In the first case, Chief Justice John Roberts asked attorney Nathan Lewin, “We’re supposed to decide whether or not the executive is correct in saying it’s a significant problem. He says that, but [should the Court say], ‘We know foreign policy better; we don’t think it’s going to be a big deal’?”

Lewin’s answer shows his dilemma and the Court’s: “I don’t think the Court is being asked to decide a question of foreign policy. Congress has decided that saying ‘Israel’ alone does not present a foreign-policy issue. Congress recognized that, with moving the embassy, there might be a foreign-policy issue. So, they said that the president can waive that” (emphasis added). Setting aside the quotes from The Federalist, this is the heart of the case. Read broadly, the claim is that Congress can decide any issue of foreign policy.

Alyza Lewin, Nathan Lewin’s daughter, will argue the case this time around. Both she and the solicitor general, arguing on behalf of the administration, should have answers ready for one question: With whom should the Court trust the power to make day-by-day foreign-policy decisions, the president or Congress?

A small decision in this area, if not written clearly, can have outsize influence on unforeseen events. Consider that a minor dispute over the sale of machine guns to Bolivia is still quoted today. That 1936 case, United States v. Curtiss-Wright Export Corp., provided the opportunity for Justice George Sutherland to proclaim (though the issue was not even present in the case) the “the very delicate, plenary and exclusive power of the President as the sole organ of the federal government in the field of international relations”—language that presidents have relied on since in issues more important than Bolivian arms sales, most notably George W. Bush’s claim of unilateral authority to attack foreign nations without congressional authorization. But in 1952, when the Court faced a case of sweeping importance—Can the president seize all the steel mills in the country because a steel strike might affect the Korean War effort?—the justices were unable to speak clearly. Writing only for himself, Justice Jackson managed to contribute to, not clarify, the enigma that is presidential power.

John Roberts speaks fondly of judicial unanimity and of the need for narrow decisions. Whatever the result in this case, we can hope it is by a lopsided vote, and that the chief writes the opinion. Agree with him or not, his judicial prose is usually crystal-clear; he of all the nine is best equipped to make useful law, rather than more pharaonic dreams. 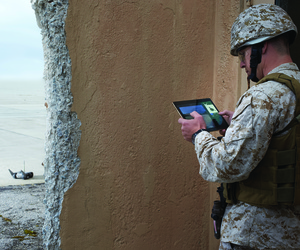 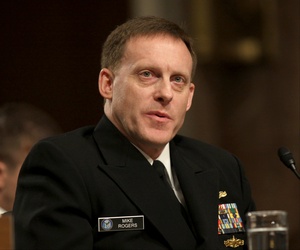 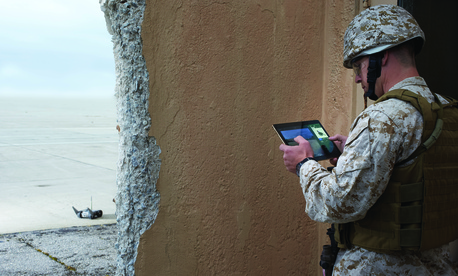 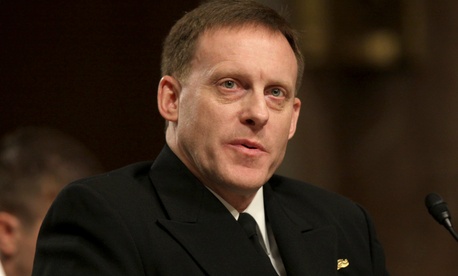