DOD photo by Erin A. Kirk-Cuomo

Defense Secretary Chuck Hagel is escorted through an honors ceremony by Bahraini Lt. Gen. Sheikh Mohammed Al Khalifa, in Bahrain, in advance of the 2013 Manama Dialogue.

As the 10th Manama Dialogue convenes, Bahrain’s monarchy is a human rights nightmare and source of insecurity the United States should be condemning, not celebrating. By Brian Dooley

This week Bahrain hosts an international security conference, the 10th annual Manama Dialogue. The crown prince, Salman bin Hamad Al-Khalifa, heir apparent to the Bahrain throne, says attending officials from the United States, the Persian Gulf and the wider Middle East, Europe, and Asia will discuss how “to stem the tide of terrorist groups active in the region and root out extremism.”

But what’s not on the agenda is the Bahraini monarchy’s own role in fueling the very problems it laments. Defense Department and other Obama administration officials will attend the conference. In the interest of national security, they should publicly condemn the Bahrain regime’s human rights abuses, which are sowing sectarianism, extremism and instability.

That’s the contradiction at the heart of the anti-ISIS coalition put together by the United States: it includes regimes that contribute mightily to the problem. Yes they provide fighter pilots but if Gulf countries really wanted to weaken the Islamic State, also known as ISIS or ISIL, they could champion democracy and human rights. Terrorism threatens these regimes but it also serves a purpose, allowing them to rationalize repressive policies and grab even more power.

American officials do their own rationalizing. They can’t, they claim, blast these allies much less put financial and diplomatic pressure on them to change because their military cooperation is needed. But what is cooperation if they’re undermining the effort by fomenting sectarianism at home?

That’s the contradiction at the heart of the anti-ISIS coalition put together by the United States: it includes regimes that contribute mightily to the problem.

In the case of Bahrain, the monarchy stepped up its repression of dissent and peaceful activism in 2011 when large pro-democracy protests broke out, and it hasn’t let up. It has detained thousands, including opposition leaders, and tortured many into false confessions for use in bogus trials. Dozens of peaceful activists have been killed during protests or in prisons.

Allowed by the United States and its other allies to stifle opposition with impunity, the monarchy has grown more brazen. This year, it arrested internationally renowned activist Nabeel Rajab, expelled State Department official Tom Malinowski after he met with an opposition group, and denied entry to Rep. Jim McGovern, D-Mass., one of the few American officials to focus on the monarchy’s dismal human rights record. The recent parliamentary elections, which the main opposition groups boycotted, only perpetuated the slow-motion crisis.

(Related: Obama Should Be Pressuring, Not Legitimizing, Bahrain)

All along, the crackdown has had a sectarian edge. Sunnis, a minority in Bahrain, dominate the top rungs of government and the security forces, and the regime portrays demands for democratic reform as Iranian-inspired Shia agitation. The Bahrain Independent Commission of Inquiry into the government’s response to the initial protests, which delivered its report to the king three years ago, highlighted the incitement of sectarianism in state-run media.

Prominent activist Rajab is on trial because he tweeted that members of security forces have joined ISIS, calling government institutions their “ideological incubator.” It’s estimated that 100 Bahraini men, including a former police lieutenant who appeared in a video urging security personnel to go with him, have joined the Islamic State’s fighters.

The monarchy’s sectarianism plays into the hands of ISIS and other terrorist groups, which seek to stoke war between Sunni and Shia. At the same time, the repressive policies and corruption of the Bahraini and other Gulf governments enable terrorist groups to win supporters and sympathizers among alienated Sunni.

As sectarian tensions grow, so too does the possibility of widespread instability and violence in the island country that hosts the U.S. Navy Fifth Fleet and the forward deployed headquarters of Marines in Central Command, directly across the Gulf from Iran.

The monarchy’s sectarianism plays into the hands of ISIS and other terrorist groups, which seek to stoke war between Sunni and Shia.

The resilient protest movement carries on regardless. The Arab uprisings should’ve showed the U.S. government that the “stability” afforded by Bahrain’s royal repression is illusory.

The crisis in Bahrain poses a security threat to the United States on several levels, yet if this concerns our political leaders, they aren’t letting on. Washington has offered at most muted criticism of its ally and has shown little willingness to use its leverage to push for reform. The conference in Manama offers another opportunity to change course. They should seize it.

CORRECTION: An earlier headline on this article indicated Defense Secretary Chuck Hagel was going to attend the Manama Dialogue. He is no longer attending. 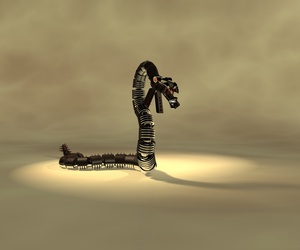 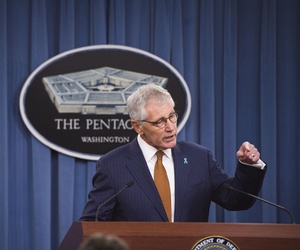 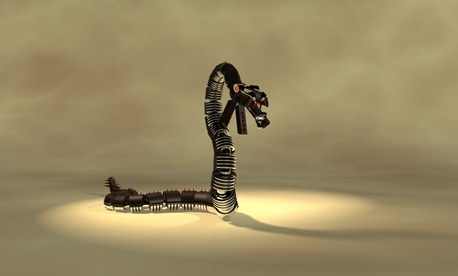 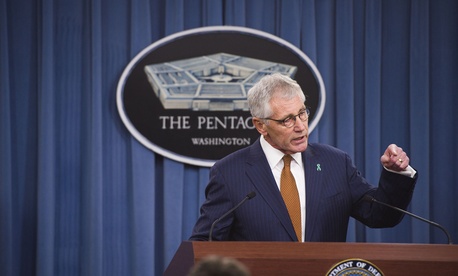