Federal Agencies Tap Data Visualization to Track and Mitigate the Spread of COVID-19
Skip to Content
Get all our news and commentary in your inbox at 6 a.m. ET.
Ideas
How Reforming Benefits Could Undermine the Pentagon's Future

The Military Compensation and Retirement Modernization Commission's recommendations are appealing to reformers. But here's how they could actually end up doing irreversible harm to the all-volunteer force. 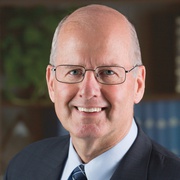 The Military Compensation and Retirement Modernization Commission’s, or MCRMC, recommendations might seem appealing to some segments of the military community and their families. However, I caution anyone who may be inclined to accept the MCRMC findings without giving them a very detailed level of scrutiny. After 13 years of wartime deployments and several years of compensation cuts to the all-volunteer force due to sequestration, morale is already plummeting in the force.

A 2014 Military Times poll documents declining morale in the force: “Troops report significantly lower overall job satisfaction” and “declining interest in re-enlistment now compared to five years ago.” It found a 43 percent drop among respondents who rated their pay as “good” or “excellent,” while those rating overall quality-of-life plummeted from 96 percent in 2009 to 56 percent in 2014.

The services could suffer from an exodus of highly trained personnel as they face tough career decisions, such as another deployment away from home and family. Just last month, outgoing Defense Secretary Chuck Hagel described for NPR a recent meeting with six promising young officers. Five of the six expressed uncertainty about staying in the service and stated they most likely would get out. "And why? Because of family issues, because of stress and strain," said Hagel.

On the face, officials may be tempted to pull some perceived cost-saving measures into the 2016 defense bill. But, as Jo Ann Rooney, principal deputy undersecretary of defense for personnel and readiness, said in 2012 congressional testimony, the current military retirement system is ”neither unaffordable nor spiraling out of control.” Retirement costs as a percentage of pay have remained reasonably constant, she said. Military Officers Association of America has long contended that personnel cost growth has averaged a negative 1.5 percent since 2011.

The demands and sacrifices of military services are so extraordinary that few Americans are willing to endure them for one term of service, let alone 20 to 30 years. The retirement system must be rewarding enough to exert a strong retention pull to balance that sacrifice. Making dramatic retirement changes poses a big readiness question: Would the new system induce the required numbers of top-quality people to serve a full military career?

A fragile tissue connects retention and retirement. Those currently serving will closely monitor any reduction in benefit value for the more than 2 million retirees, 73 percent of whom are enlisted, and question our nation’s commitment to them and those they will lead in the future.

MOAA has begun an extensive evaluation of the MCRMC findings. The devil is in the details as we determine how the proposals might impact those currently serving, military families and retirees.

The demands and sacrifices of military services are so extraordinary that few Americans are willing to endure them for one term of service, let alone 20-30 years.

Many critics of the current retirement system say it’s unfair to the 83 percent who leave before 20 years of service without a 401K plan. The commissioners addressed these concerns by proposing a hybrid retirement: a reduced pension that vests and a transportable, 401K-like defined contribution plan after two years of service. This could appeal to those who opt not to make the military a career.

However, it comes at a sharp price, transferring risk from the government to the servicemember and significantly reducing the overall pension value to those who do serve for 20 years – with the penalty growing the longer they serve. After 20 years, the government would stop contributing to the 401k. Is it wise or fair to those who serve for 20 years or more to reduce their long-term retirement value in order to fund the benefit for those who leave before 20 years?

MOAA’s analysis demonstrates the loss and cost shouldered by the servicemember. A 38-year-old sergeant first class, or E-7, transitioning to civilian life after 20 years of service stands to lose $260,000 in retirement pay over his or her lifetime. If that sergeant first class served another 10 years and was promoted to sergeant major, or E-9, the loss would be $740,000. These projections assume the 1 percent government contribution and the government’s full 5 percent match. We also assumed a 5 percent return and withdrawals starting at age 60.

The commission also suggests eliminating TRICARE and enrolling active duty families, National Guard and Reserve members and families, and working-age retirees and their dependents into a system similar to the Federal Employee Health Benefit Program or FEHBP, in which many civil employees and federal retirees participate. Military treatment facilities would still be an option under FEHBP, called TRICARE Choice.

On the surface, these proposals address several TRICARE shortfalls (e.g. long wait times and limited access in some areas). However, instead of fixing TRICARE, they cast it aside. TRICARE is designed to maximize medical readiness. How would the new system serve the military families already under great stress? Would a health care program designed for our federal employees be culturally sensitive to the unique needs and demands placed upon our military families? Family readiness contributes directly to military readiness.

Change of this magnitude demands a measured approach to ensure the nation makes the right strategy-based decisions for the right reasons.

The recommended changes also would have working-aged retirees paying a four-fold increase in TRICARE premiums by the end of a 15-year phase-in. Is that appropriate considering the decades of service required to earn the benefit?

Our initial review of the commission’s proposals calls into serious question whether the new retirement system – pension and health care – will retain sufficient numbers and quality of people to sustain readiness of the all-volunteer force.

MOAA and proponents of the all-volunteer force believe the past 14 years of severe and protracted wartime conditions would have put the career force in the ditch without existing career incentives to sustain a strong national defense and a strong professional career force. We fully expect Congress will look at these proposals deliberatively and consider the impact on retention and readiness of the mid-grade, combat-tested noncommissioned officers and officer corps. These young servicemembers have been on a war footing since voluntarily joining the military.

Change of this magnitude demands a measured approach to ensure the nation makes the right strategy-based decisions for the right reasons. Nothing is more important to our national security in the future than recruiting and retaining the best and brightest talent. Let’s take this opportunity to get it right.

NEXT STORY: The Wrong Move: Adding Nuclear Weapons to the Russia-Ukraine Conflict