The service’s visions of light troops mounted on wheeled vehicles are setting up the Army — and the nation it serves — for humiliation and defeat.

Today’s Army is on a dangerous path to humiliating defeat if — and quite likely, when — it takes on Russian, Chinese, or even second-tier nation-state forces equipped with modern military technology from Russia or China. Animated by visions of light troops mounted on wheels or falling out of airplanes, it is building a force for uncontested, permissive environments against weak peoples without armies, air forces, air defenses, or navies.

Members of Congress must pay attention. The nation cannot afford more multi-billion dollar failures like the Comanche Attack Helicopter (RAH-66), the Crusader Artillery System, Future Combat System, and the Ground Combat Vehicle, or GCV. Nor can it afford to shrink its few armored forces and replace them with light infantry. We already have a Marine Corps. We do not need a second one.

In his 1999 book, “Management Challenges for the 21st Century,” the late Peter Drucker told his business audience, “If you want something new, you have to stop doing something old… People in any organization are always attached to the obsolete.” Sen. John McCain was channeling Drucker when he argued last year for an end to “business as usual” in the Pentagon. Well, the chairman of the Senate Armed Services Committee can start with the U.S. Army:

Second, tell the Army to look at — and report back to the SASC on — the Puma, a 43-ton, 1,003-horsepower German infantry fighting vehicle, or IFV. In 2013, the Congressional Budget Office took the rare step of identifying the Puma as the best available option for the Army’s GCV program. After evaluating four vehicles, the CBO analysts concluded that the German IFV was the least expensive, the most capable, and — because it is already in production — at the least risk of missing its budgetary or capability goals.

It would take U.S. defense firms at least a decade of research and development to produce a single prototype with the survivability, mobility and firepower of the Puma, designed by Krauss-Maffei Wegmann (KMW) in Munich to ward off a range of new threats, including improvised explosive devices and explosively formed penetrators. (Its primary armament is a Rheinmetall 30mm MK 30-2/ABM (Air Burst Munitions) auto-cannon in an unmanned turret, but can be refitted with other weapons, from precision-guided missiles to 120mm smoothbore cannon.) And any purchase of the Puma could be linked to congressional support for KMW’s manufacture of the Puma by American workers in the United States.  Americans build German cars in the USA.  Why not German armored fighting vehicles too?

Unconstrained thinking is vital to this process. No Fortune 500 firm would reduce its workforce by one-third without carefully reorganizing the corporation with one eye on the current market and the other on future business. Yet the Army’s senior leaders are doing the opposite. They are telling Congress the U.S. Army cannot change, that a force structure with its roots in World War II is inviolate, and that only more money can improve Army readiness and capability.

Why? Why is the industrial-age Army structure the only answer to the nation’s warfighting needs? Why must the service’s organization for combat and its human-capital strategy remain stuck in the Cold War?

National militaries that are allowed to live in the past, that fail to shed outworn assumptions about warfighting, play catch-up when war comes. Catch-up always leads to an enormous loss of human life and, frequently, to total defeat. Given the mentality of the Army’s senior leaders, only determined oversight from the Senate and House Armed Services Committees can stop the U.S. Army from playing this dangerous game. 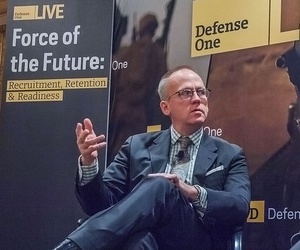 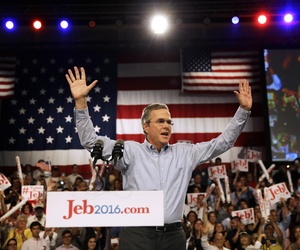 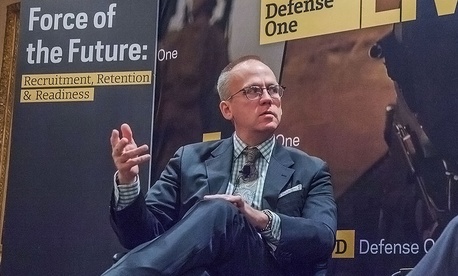 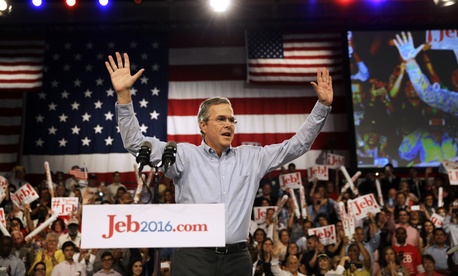