Over two hundred Nepalese peacekeepers arrive in Juba from the UN Stabilization Mission in Haiti to reinforce the military component of the UN Mission in South Sudan.

Obama is calling a summit to boost the UN's peacekeeping efforts. His first step should be to lead by example.

The United Nations badly needs new contributions to shore up a peacekeeping system that is increasingly under pressure in parts of Africa and the Middle East and is likely to be called upon for new missions, perhaps in Libya, Nigeria, Syria, Yemen and Ukraine.

Next month, President Barack Obama will co-convene an international summit of world leaders to discuss the problem on the sidelines of the UN General Assembly, and that’s a start. But Washington should stop lecturing other countries about contributing more troops and instead start leading by example.

By deploying some of its own specialized military contingents as UN “blue helmets,” Washington could fill important UN capability gaps in rapid deployment; standing capabilities; in-theatre ground and aviation mobility; medical, engineering, and logistics support; IED survivability; information and analysis; and expertise in transnational threats such as organized crime.

Under the current international division of labor, the tasks of authorizing, funding, and staffing for UN peace operations are essentially stove-piped, with each task undertaken by distinct groups of countries. Senior U.S. officials have called this is unfair and unsustainable, and said that it undermines the effectiveness of operations in the field. Senior UN officials have reiterated their calls for Western countries to reinvigorate their support for UN peacekeeping. The world thus faces a stark choice: watch a struggling UN peacekeeping system collapse or step up and make it more effective. The answer will probably hinge on whether the former contributing countries of the ISAF mission in Afghanistan return to UN peacekeeping.

Washington should seek to engineer a situation — say, within five years — where the UN can be increasingly choosy about which contributors it accepts on its operations and can match the right kinds of capabilities to the operational needs of particular missions. To persuade other Western countries to respond, the U.S. should demonstrate its own commitment to UN peacekeeping as a genuinely global and collective endeavor. That means sending troops — and in particular the specialist units that fill yawning gaps.

Some might carp at this larger role for the United States, but the overwhelming majority of UN members would likely welcome it. It would foster better relations with the countries that already provide most of the international body’s troops and police, and it would increase U.S. credibility on this issue within the UN system, including the crucial committees on peacekeeping and budgetary issues that hold the key to UN reforms.

In military and operational terms, “enabling” others to do peacekeeping—the Pentagon’s favored term for describing its various assistance programs—is no longer enough. Washington is better placed than most countries to provide the high-value specialist contributions and force-multipliers that will help UN peacekeepers confront new challenges such as IEDs and other asymmetric threats.

And the benefits go beyond raw capabilities. Deploying U.S. troops — among the world’s best-trained, best-equipped, and most professional — could help improve standards and modernize systems within UN peacekeeping missions, as has occurred with the arrival of personnel from several European countries in MINUSMA. The U.S. military is also among the few that are developing doctrine on civilian protection, arguably the UN’s most important mandated task.

The U.S. would not need to field or even lead an entire UN operation; even sending a few well-picked companies of troops would help. Among the possible deployment options are: co-deployment with a partner country, perhaps involving the U.S. National Guard; or constructing a package contribution similar to that provided by the Netherlands in MINUSMA. Even small-scale deployments would present an opportunity to work alongside influential non-NATO states, including India, Brazil, China, and Indonesia. Handled correctly, operational partnerships in peacekeeping could boost Washington’s political relationships with such countries.

The U.S. military itself would also benefit. Deployments would give troops a chance to practice rapid insertions beyond Iraq and Afghanistan, a skill it practiced regularly during the 1990s, when it participated in UN missions to Macedonia, Haiti, and elsewhere. Over time, such deployments would build an institutional cadre of U.S. troops with knowledge of today’s UN system and its practical challenges. It would also give those troops operational experience outside Washington’s usual areas of geo-strategic focus. In Africa, for instance, it could provide another valuable source of information for Washington’s embassies and help realize the goal of regionally aligned forces.

The success of Obama’s peacekeeping summit will hinge on attracting Western states back into UN peace operations. This will be more likely if Washington commits to deploy some of its own military contingents as UN “blue helmets.” 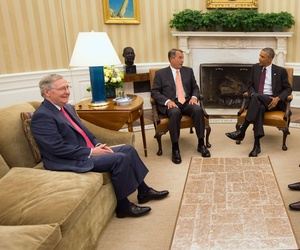 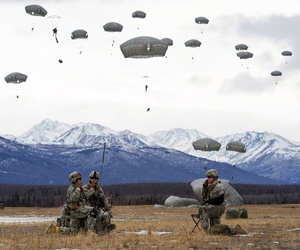 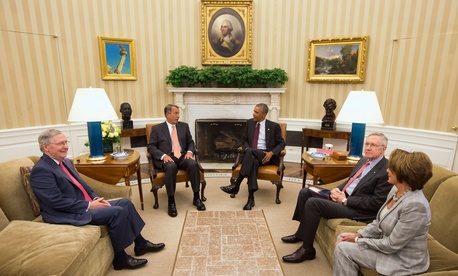 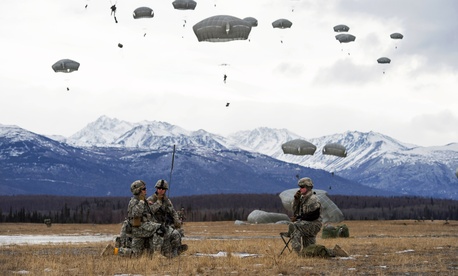