Why Can’t Obama Get His Defense Secretary To Release This Guantanamo Prisoner?

The Pentagon, not Congress, is blocking the release of 75-pound prisoner Tariq Ba Odah, six years after he was cleared to go. Where is the president?

The U.S. Justice Department last week opposed a petition to release Tariq Ba Odah from the military prison at Guantanamo Bay, Cuba. Ba Odah is a severely ill Yemeni who was cleared for release in 2009. It might seem surprising the Obama administration would oppose the release of a sickly, 75-pound detainee already approved to go by six U.S. government agencies. But viewed in light of the larger role the Pentagon seems to be playing in blocking the closure of Guantanamo, it’s not so surprising.

Anyone who’s been to the Guantanamo Bay detention center to observe military commission hearings or represent Gitmo detainees will find this all sadly familiar. The base operates under a morass of rigid but constantly changing rules, many of which seem to make little sense except to the commander who issued them. It was the rigidity of those rules and refusal to modify them that led to the months-long mass hunger strike at the prison two years ago—the rules at that time required soldiers to search the detainees’ Korans—and it’s the fact that Ba Odah attempted to break prison rules by starving himself that has the Pentagon insisting he can’t be rewarded now with release from the prison. After all, agency officials reason, what kind of precedent would that set? Won’t it create an incentive for all other prisoners to starve themselves to death too?

In fact, Ba Odah’s condition isn’t just the result of his refusal to eat. As his lawyers have explained, the 37-year-old’s physical condition is so poor that even attempts to force-feed him aren’t helping to restore his health. His body has developed a condition that prevents him from absorbing the nutrition that military officials are literally forcing down his throat. It’s a condition that’s been eight years in the making and that other detainees couldn’t replicate even if they tried.

The larger problem with military officials’ thinking is that they’re assuming that these men are still thinking rationally; men who have been indefinitely imprisoned without charge or trial for more than 13 years, many despite being approved for transfer. That reasoning ignores the depths of despair into which the U.S. has led these men.

Ba Odah was 23 years old when he was arrested by Pakistani police near the Afghan border in 2001 and turned over to U.S. authorities, who sent him to Guantanamo, claiming he was planning to join the Taliban and had received weapons training. Although a multi-agency task force approved his release in 2009, he hasn’t been sent home to Yemen because of the poor security situation here. Although he could be transferred to another country, that’s never happened.

Ba Odah first stopped eating – voluntarily, at least – in February 2007. (Guantanamo officials force-feed all hunger strikers.) He has refused to wash for up to four months at a time. His lawyer, Omar Farah, has noted when visiting his client that Ba Odah’s body “does not look like body of human; every bone visible.”

The government itself isn’t responding very rationally or uniformly to the Ba Odah case. As Charlie Savage has reported in the New York Times, State Department officials have urged his transfer, reasoning that it’s going to be hard to convince other countries to take detainees cleared for release from Guantanamo if the U.S. government itself is fighting their transfer. Plus, another dead prisoner at Guantanamo is just generally a diplomatic disaster. (Nine have died in the prison already.) Opposing the transfer of an apparently dying prisoner also undermines President Barack’s directive to do everything possible to close the notorious detention center.

The Ba Odah case actually provides the administration an excellent opportunity to ease the transfer of cleared detainees. If the government didn’t oppose Ba Odah’s petition, the federal judge hearing his case would presumably order his transfer, allowing the Pentagon to get around having to jump through all the hoops Congress has set up that usually make the transfer of detainees so difficult. Obama has repeatedly blamed Congress for creating obstacles to closing Guantanamo, but here’s a case where the Defense Department is creating obstacles for itself.

Notably, there’s good precedent for transferring a detainee due to illness: in 2013, the Justice Department decided not to oppose the habeas petition of 52-year-old Ibrahim Othman Ibrahim Idris, a morbidly obese and schizophrenic detainee eventually repatriated to Sudan.

The interagency conflict over Guantanamo extends far beyond this case. Secretary of Defense Ash Carter is refusing to move dozens of detainees who have not only been cleared for transfer by all relevant security agencies but for whom plans for secure transfer to other countries have already been made. Of the 116 detainees remaining at Guantanamo, 52 have already been cleared for release to other countries. Congress has forbidden the transfer of any detainees to the United States.

So where’s the president? These agencies are all part of his administration. Surely the commander in chief can step in and resolve a conflict that’s undermining one of his key national security objectives, signed as an executive order on the second day of his presidency. If the administration continues to oppose the petition for release of an ailing, emaciated detainee who was cleared for transfer over five years ago, it’s hard to imagine how it will make the significantly more difficult decisions it needs to make in the coming months – vetoing legislation that obstructs the prison’s closure, or requiring Carter to cooperate to allow those awaiting transfers to leave.

The president’s legacy is on the line. 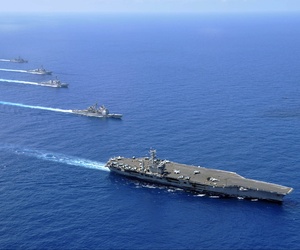 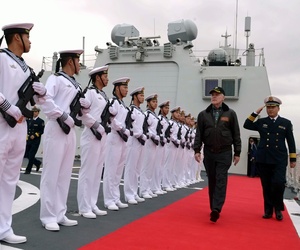 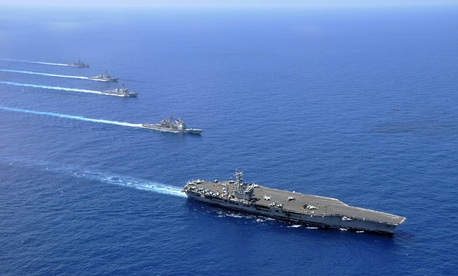 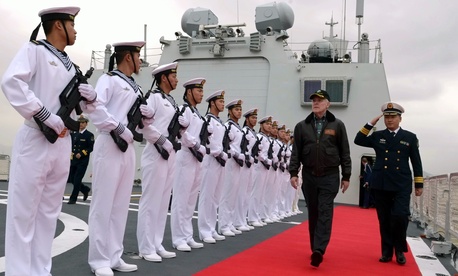