Next Generation Interceptor: The Nation’s Next First Line of Defense Against Ballistic Missile Threats
Skip to Content
Get all our news and commentary in your inbox at 6 a.m. ET.
Ideas
It’s Time for a Frank Talk with Pakistan’s Army Chief

The world is focused on Europe and the Levant this week, but the White House should grab a chance to address the fault lines in the US-Pakistan relationship. 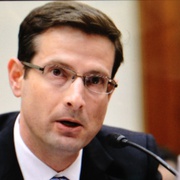 The White House will devote substantial attention to Pakistan’s army chief when he arrives in Washington this hectic week. This will prove a wise use of precious time and energy — if Obama administration officials seize the opportunity for frank and open talk.

Gen. Raheel Sharif arrives on the heels of last month’s visits by Prime Minister Nawaz Sharif (no relation) and the director of Pakistan’s spy agency, Lt. Gen. Rizwan Akhtar. One might assume that such a procession of senior Pakistanis is teeing up a diplomatic breakthrough after years of mutual mistrust and despite fundamental differences of interest between the United States and Pakistan. Don’t bet on it. Rumors of a nuclear deal between Washington and Islamabad, for example, are overstated and premature.

Even so, U.S. officials have much to gain from talks with General Sharif, starting with a no-holds-barred conversation about where the two governments agree, where they agree on ends but not means, and where they suffer from irreconcilable differences. As simple as such an agenda might sound, it has eluded the U.S.-Pakistan relationship for decades. Without it, both sides will miss opportunities for pragmatic cooperation and, as in the past, suffer the bitter disappointment of unrealistic expectations.

Talks with General Sharif should begin with areas of agreement. U.S. policymakers must not lose sight of the fact that the security situation in and around Pakistan could be much worse than it is today. ISIS, or Daesh, has not yet established a firm foothold in Pakistan. But that is at least partly because other sophisticated terrorist groups, including “Daesh competitors” such as al-Qaeda, are already active there. A fractured, nuclear-armed Pakistan would threaten a humanitarian calamity for its own population of nearly 200 million. It would also pose an international security challenge an order of magnitude greater than that of Syria or Iraq.

President Obama has shown a willingness to support far-from-perfect partners in confronting mutual security threats. Pakistan should be no exception. Washington should continue to provide support to the Pakistani military’s fight against homegrown Taliban and sectarian terrorists through budget assistance, arms sales, and—if General Sharif is willing—joint training and exercises. Where civilian aid can contribute to Pakistan’s security and prosperity in tangible ways, the United States has an interest in providing that too, fully aware that no amount of money is unlikely to reverse Pakistan’s rampant anti-Americanism anytime soon.

Next, the United States should focus on questions of ends and means. In Afghanistan, the United States and Pakistan claim to have similar goals: a stable and secure state at peace with its people and the region, and inhospitable to international terrorists. But Washington and Islamabad have always favored different means to achieve those goals. Seeking to retain its influence in Afghanistan, Pakistan never severed ties with Taliban insurgents, including groups like the Haqqani Network that have staged horrific attacks on Afghan, American, and coalition forces working to build a democratic Afghanistan.

At present, Washington and Islamabad both favor the resumption of Afghan-led peace talks as the best way to reduce violence and eventually resolve the insurgency. But Pakistani officials believe that the only way to bring Taliban leaders to the table is through soft influence and incentives. U.S. officials disagree. They demand more forceful coercion, and have delivered the message by suspending $300 million in Coalition Support Fund “reimbursements” to Pakistan’s military.

This friction undoubtedly takes a toll, but the United States and Pakistan are better off having the ends-means conversation openly rather than reverting to unhealthy past practices of pretending to agree where they do not. Clarity over differences might even allow diplomats to craft a compromise plan that ultimately improves prospects for getting the warring Afghan parties back to the negotiating table.

Finally, where Washington and Islamabad disagree, they should not shy away from saying so out of politeness, or more likely, the concern that airing deep differences will hold all other cooperation hostage. U.S. officials should explain, for instance, that Washington plans to pursue a closer strategic partnership with India and, more to the point, that as long as anti-Indian terrorists enjoy a protected status in Pakistan, American leaders will never fully trust Islamabad’s intentions. U.S. officials should also share their concerns about the dangers posed by South Asia’s nuclear arms race, observing that it will inevitably bankrupt Pakistan while delivering only a marginally improved deterrent against India.

For their part, Pakistani officials should vent their skepticism over Washington’s long-term strategy for South Asia, express their grievances over Kashmir and other territorial disputes with India, and share broader concerns about India’s direction under Prime Minister Narendra Modi.

Of course, neither side should imagine that an airing of differences will resolve them, but at least it will help to set more reasonable expectations moving forward. The messy world disorder of late 2015 requires pragmatic cooperation between the United States and Pakistan wherever possible, even as they remain at odds over so much else.

NEXT STORY: What Will Change Now?