We’re Long Overdue for Due Diligence in Defense

In business, “due diligence” is the belief that a thorough investigation allows a buyer to make better decisions. President Eisenhower was an “informed buyer.” He cancelled weapons he discovered would be obsolete before they were fielded. He rejected unfocused spending on defense as a substitute for sound strategy. Eisenhower’s due diligence also predisposed him to avoid foreign interventions because they could escalate and involve Americans in conflicts that would sap U.S. strength and strategic power.

These days, due diligence in defense is rare. That’s why whenever reason trumps the combined power of special-interest money and bureaucratic parochialism Americans should take notice. Defense Secretary Ash Carter’s December directive to the Navy to reemphasize “posture” over “forward presence,” to reduce the buy of Littoral Combat Ships (LCS) from 54 to 40, and shift money toward vital future capabilities like the Virginia Payload Module is a case in point.

Setting aside the abysmal failure to validate the operational requirement that produced the LCS program (which happened before Carter’s watch), the secretary’s  decision to change direction should be celebrated. Here’s why.

First, “Forward Military Presence” — whether naval, air or ground — is overrated. When the American military was practically omnipresent in the Eastern Hemisphere, it did nothing to prevent Iran from dominating Iraq, Syria from descending into chaos, Ukraine from being invaded, or the Islamic State from rising.

Second, in a future maritime environment dominated by space-based surveillance, land-based missiles, submarines, and unmanned systems and sensors of all kinds from seabed to space, the Navy’s current generation of surface combatants are more likely to provide targets than influence.

Third, Adm. John Richardson, the Chief of Naval Operations, deserves accolades for reminding his officers that margins of victory are created over decades: “Our competitors are focused on taking the lead – we must pick up the pace and deny them. The margins of victory are razor thin—but decisive!” Now is not the time to invest in the past’s poorly thought-out solutions.

In fact, it is time for some long-overdue due diligence on a few longstanding tenets of U.S. national security. Washington’s stubborn insistence that the United States must honor decades-old commitments and fight for objectives that are no longer relevant to U.S. national security interests. The alliance structures that emerged in the aftermath of World War II are crumbling. The original interests and threats that gave them meaning and purpose either do not exist or these interests are changing.

The Middle East exemplifies the problem. Instead of doubling down on its wasteful precision bombing and special operations campaign against the Islamic State, Washington should disengage its forces from the regional conflict and adopt neutrality towards all sides. Without the Turkish and Saudi intelligence organs plus Saudi and Qatari money, the Caliphate would never have risen from the ruins of al Qaeda in Iraq. This will not change because Turkey and Saudi Arabia are determined to expel Iran and its allies from Mesopotamia and the Levant.

Washington and its European NATO allies cannot stop Ankara, Riyadh, and other Sunni states from gradually sliding into war with Iran and Russia, but they can withdraw their Article 5 protective forces from Turkish territory and publicly state that Turkey is acting as a sovereign state, not as a member of NATO. It would be the gargantuan joke of the 21st century if the United States and its European allies were drawn into war against Iran and Russia on the side of the Sunni Islamists, the principle perpetrators of anti-Western terrorism and subversion for 25 years.

Most of Washington’s so-called “elites”—committees of former officeholders and retired generals, wealthy campaign donors, well-funded lobbyists, ambitious think-tankers angling for jobs with the next administration, and cable television provocateurs—will disagree. They are too busy scoring points in the run up to the Presidential Election accusing any candidate who questions the wisdom of squandering more blood and treasure in the Mideast of “leading from behind.”

So it’s time for honesty. The United States’ Cold War surplus of military power is gone. The inter-service competition to achieve “strategic relevance” inside the Beltway diverted defense investment into low-end systems designed for “permissive environments” and wasteful, self-defeating military occupations. The foundation of American military power—organization, technology and human capital—atrophied, placing the warfighting capabilities of the armed services on a perilous path to decay and obsolescence.

Hubris based on 14 years of using superior firepower to dominate weak, tribal insurgents should be dismissed. Now is not the time for Washington to blunder into a war with peer or near-peer opponents in Europe, the Middle East or Asia the way London blundered into war in August 1914. Americans should applaud Secretary Carter for his “due diligence” on the LCS, then encourage him to apply it across the board. It’s time to cut America’s losses and begin the process of building new forces for a very different future world, one more lethal and dangerous than anything seen since WWII. 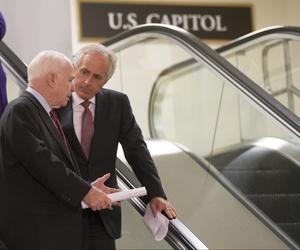 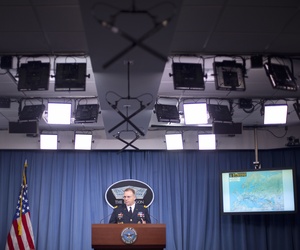 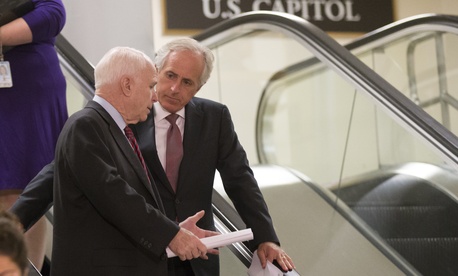 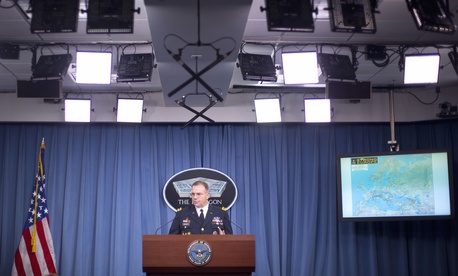