The Legacy of Obama’s ‘Worst Mistake’

President Barack Obama leaves the Rose Garden of the White House in Washington, Thursday, Oct. 20,2011, after speaking of the death of Libyan leader Moammar Gadhafi.

It's not just in Libya—the last 15 years of U.S. military interventions has revealed a troubling gap in the way America goes to war.

In a Fox News interview last Sunday, Obama was asked about his “worst mistake.” It’s a classic gotcha question, but he had an answer ready. “Probably failing to plan for the day after, what I think was the right thing to do, in intervening in Libya.” This was yet another act of presidential contrition for the NATO operation in 2011 that helped to overthrow Muammar Qaddafi but left the country deeply unstable. In 2014, Obama said: “[W]e [and] our European partners underestimated the need to come in full force if you’re going to do this. Then it’s the day after Qaddafi is gone, when everybody is feeling good and everybody is holding up posters saying, ‘Thank you, America.’ At that moment, there has to be a much more aggressive effort to rebuild societies that didn’t have any civic traditions.” In recent interviews with The Atlantic’s Jeffrey Goldberg on the “Obama Doctrine,” the president bluntly said the mission in Libya “didn’t work.” Behind closed doors, according to Goldberg, he calls the situation there a “shit show.”

What went wrong? Obama has placed the responsibility on the entrenched tribalism of Libyan society, as well as the failure of America’s NATO allies to step up to the plate. Blaming the Libyans and Europeans may be satisfying, but it misses the deeper reasons for the debacle, which are rooted in how Americans think about and fight wars.

The Libya intervention marked the third time in a decade that Washington embraced regime change and then failed to plan for the consequences. In 2001, the United States toppled the Taliban in Afghanistan but gave little thought about how to stabilize the country. In a memo to Secretary of Defense Donald Rumsfeld early in that campaign, Under Secretary of Defense for Policy Douglas Feith argued that Washington “should not allow concerns about stability to paralyze U.S. efforts to oust the Taliban leadership. … Nation-building is not our key strategic goal.” With the Taliban on the run, decision-makers in Washington behaved as if the mission was over. A year later, in 2002, there were just 10,000 U.S. troops and 5,000 international soldiers trying to provide security to a population of about 20 million. With the new government in Afghanistan unable to provide basic services outside of the capital, the almost inevitable result was a Taliban recovery, which set the stage for today’s stalemated conflict.

Two years later, in 2003, Washington again failed to prepare for the day after, or post-conflict stabilization. The Bush administration was eager to overthrow Saddam Hussein, and equally determined to avoid getting bogged down in a prolonged nation-building mission in Iraq. The result was a “small-footprint” invasion plan aimed at leaving as quickly as possible. There was little or no preparation for the possible collapse of Iraqi institutions, widespread looting, or an organized insurgency. The first U.S. official in charge of Iraqi reconstruction, Jay Garner, summarized the thinking: “[S]tand up a government in Iraq and get out as fast as we can.” Symbolizing the lack of concern for rebuilding the country, Bush’s pick for Garner’s successor was L. Paul Bremer—a man Bush had never met, who wasn’t an expert on Iraq or post-conflict reconstruction, and didn’t speak Arabic. Bremer decided to purge members of Saddam’s Baath Party from public-sector work and disband the Iraqi army, thereby creating a mass of unemployed, resentful, and armed men, furthering the spiral into instability.

Related: Don’t Expect Obama To Budge on His High Bar For Intervention

Obama was elected on a “no more Iraqs” platform, but he repeated the same mistake of winning the war and losing the peace. The NATO campaign in Libya was initially aimed at saving civilians in Benghazi threatened by Libyan government forces, but the objective soon expanded to toppling Qaddafi. The Obama administration was determined to avoid any hint of nation-building in Libya, especially involving sending in American troops. Meanwhile, America’s European allies were unable or unwilling to take the lead. Tough questions about who would reconstruct Libya or provide jobs for the rebel militia members were left unanswered—or even unasked. Libya disintegrated as rival militias feuded for power, and ISIS seized the opportunity to establish a franchise operation. It was a cheap war for the United States at just $1.1 billion. But these days, it seems, a billion dollars buys you a shit show. Libya could end up looking like, in the words of British special envoy Jonathan Powell, “Somalia on the Mediterranean.”

The American way of war encourages officials to fixate on removing the bad guys and neglect the post-war stabilization phase.

In Afghanistan, Iraq, and Libya, Washington toppled regimes and then failed to plan for a new government or construct effective local forces—with the net result being over 7,000 dead U.S. soldiers, tens of thousands of injured troops, trillions of dollars expended, untold thousands of civilian fatalities, and three Islamic countries in various states of disorder. We might be able to explain a one-off failure in terms of allies screwing up. But three times in a decade suggests a deeper pattern in the American way of war.

In the American mind, there are good wars: campaigns to overthrow a despot, with the model being World War II. And there are bad wars: nation-building missions to stabilize a foreign country, including peacekeeping and counterinsurgency. For example, the U.S. military has traditionally seen its core mission as fighting conventional wars against foreign dictators, and dismissed stabilization missions as “military operations other than war,” or Mootwa. Back in the 1990s, the chairman of the joint chiefs reportedly said, “Real men don’t do Mootwa.” At the public level, wars against foreign dictators are consistently far more popular than nation-building operations.

The American way of war encourages officials to fixate on removing the bad guys and neglect the post-war stabilization phase. When I researched my book How We Fight, I found that Americans embraced wars for regime change but hated dealing with the messy consequences going back as far as the Civil War and southern reconstruction.

Don’t all countries think this way? Interestingly, the answer is no. In modern conflicts, it’s actually pretty rare to insist on regime change. For example, China didn’t demand it in its last major wars, against India in 1962, and Vietnam in 1979. Or consider the Gulf War in 1991, when over 70 percent of the American public wanted to march on Baghdad and topple Saddam Hussein, compared to just 27 percent of the British public. (In this case, President George H. W. Bush resisted the pressure to escalate to regime change, which is one reason he received little credit for the Gulf War and lost his reelection campaign the following year.)

Americans often believe that malevolent actors repress a freedom-living people: Get rid of the evildoers and liberty can reign.

What about the distaste for stabilization operations? There are certainly plenty of examples in which other countries grew weary of nation-building. The war in Afghanistan isn’t exactly popular in Europe. But many Europeans, Canadians, Japanese, and Australians see peacekeeping as a core military task. Japan will only send its forces outside the homeland for peacekeeping missions in places like Cambodia and Mozambique. In a poll in 1995, Canadians said their country’s top contribution to the world was peacekeeping—and not, surprisingly enough, hockey. In Ottawa, there’s even a Peacekeeping Monument celebrating the country’s involvement in stabilization missions. It’s hard to imagine a similar memorial on the Mall in Washington, D.C.

So why do Americans fight this way? The practice partly reflects the country’s success at winning interstate wars versus its struggles at nation-building and counterinsurgency. People naturally want to stick to what they’re good at. The preference for regime-change missions also results from the idealistic nature of American society, which makes campaigns against Hitler, Saddam, the Taliban, or Qaddafi seem like noble crusades against evil. Americans often believe that malevolent actors repress a freedom-living people: Get rid of the evildoers and liberty can reign.

By contrast, the whole notion of nation-building and counterinsurgency is morally murky. For one thing, the guerrillas hide among the population so it’s unclear who the good guys and the bad guys are. Counterinsurgency produces few if any popular military heroes. The entire project may start looking like colonialism. Chasing shadowy insurgents can dredge up raw memories of America’s traumatic experience in Vietnam. In the context of nation-building, bad events like bombings are far more newsworthy than good events like a new constitution or improved electricity production, so if the operation is getting media attention it’s probably for the wrong reasons. And as the Mootwa comment above suggests, some Americans are likely to see peacekeeping as beneath the dignity of American warriors.

There is no point in toppling a tyrant if the result is anarchy.

You might think that the widespread distaste for nation-building would deter the United States from regime-change missions. After all, as Secretary of State Colin Powell warned Bush before the invasion of Iraq, “You break it, you own it”—a remark later termed the Pottery Barn Rule. But U.S. officials seem convinced they can have their cake and eat it: They can remove the evildoers without nation-building. Leaders conclude that creating a new government in, say, Kabul or Baghdad will be quick and easy, long-term stabilization efforts won’t be necessary, or they can hand off troublesome peacekeeping duties to somebody else.

And so America goes to war with an extremely short-term mindset, quickly toppling the bad guys but failing to prepare for the later challenges to come. All eyes are on smiting the oppressor because this is the kind of war people want to fight. The problem is that societies like Libya, Iraq, or Afghanistan are deeply traumatized by years of dictatorship, sectarian division, or civil war. Thomas Jefferson is not going to suddenly pop up when the wicked rulers are dispatched. These countries require years of international assistance that must tread the fine line between providing necessary help and avoiding neo-colonial control.

In war, there are two good options for the United States. The first is regime change with a viable plan to win the peace. The second option is not to go to war at all. There is no point in toppling a tyrant if the result is anarchy. 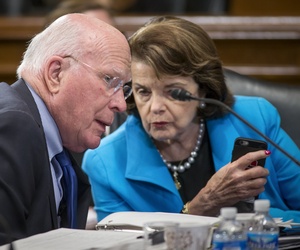 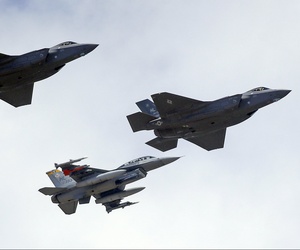 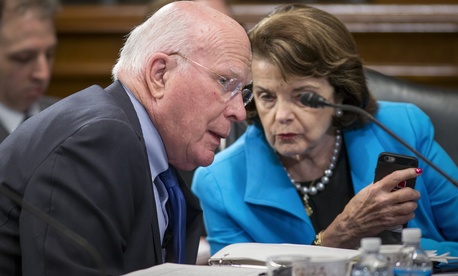 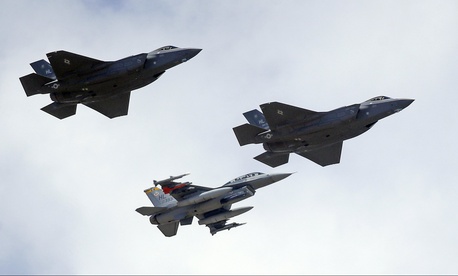