In a Crisis and Beyond: Platforms Make Scalable Government Innovation, Modernization a Reality
Skip to Content
Get all our news and commentary in your inbox at 6 a.m. ET.
Ideas
Things Lawmakers Should Do Before They Complain About Military Readiness 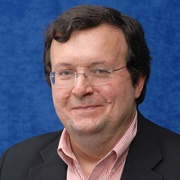 A common refrain on Capitol Hill in recent months has been the need to increase Pentagon spending to address a readiness crisis caused by inadequate training and equipment. But few members of Congress have been willing to support simple budgetary changes that would help fix things.

But first, let’s note that many recent statements by lawmakers have exaggerated the actual problem. As Gen. Paul Selva, Deputy Chief of the Joint Chiefs of Staff, said in his response to claims that the U.S. military has been “gutted,” current funding levels have enabled to the United States to maintain “the most powerful military on the planet.”

To the extent that there are problems with training, maintenance, and other forms of support for troops at home and in the field, they can be addressed within current funding levels.

A major part of the problem is that Congress routinely starves readiness to pay for its pet projects. One need look no further than the budgetary sleight-of-hand being proposed by Rep. Mac Thornberry, R-Texas, who chairs the House Armed Services Committee. He and other committee members want to move $18 billion from the war budget to the Pentagon’s base budget. This would not change the 2017 top line, but it would withdraw billions of dollars from the operations and maintenance budget – the place where readiness funds reside — to pay for weapons and activities the Pentagon hasn’t even asked for. Included on the list are 11 additional F-35 Joint Strike Fighters, 14 F/A-18E/F combat aircraft and 27,000 additional active duty military personnel.

If members of Congress truly care about the needs of the troops, they should start by kicking their habit of raiding the operations budget. Once this is done, money for additional training and maintenance can come from trimming the fat from the existing base budget.

High on the list of misguided Congressional policies is the continuing opposition to a new round of base closures. The Department of Defense estimates that it has 25 percent more domestic infrastructure than it needs. Closing unneeded facilities could save billions, just over the next five years.

Cutting Pentagon bureaucracy could save tens of billions more. Defense Secretary Ashton Carter has proposed some useful steps. like cutting headquarters staff by one-quarter, but much more can be done to reduce excess personnel throughout the department. Even more savings can be found by eliminating duplicative tasks being done by the Pentagon’s shadow work force of private contractors, which has grown to over 600,000 people in the past decade.

Demanding better management is also an essential step toward making sure our troops have what they need. Stories of overpaying for spare parts and losing track of usable equipment abound. Improvements in this area would go far to solving the reported problems of a shortage of the spare parts needed to keep key weapons up and running. Supporting bipartisan bills that would give the Pentagon financial incentives to get its books in order would also help fix this.

Even relatively small savings in other areas of the budget would help ease readiness issues. For example, Sen. John McCain, R-Ariz., noted that in 2014, when the National Guard was cutting back on drilling to cover a $101 million shortfall in its pay accounts, it spent $49 million on pro sports advertising. Scouring the budget for other examples of misguided expenditures could yield millions more for training and maintenance activities.

Last but not least, there are major systems being purchased in quantities beyond what is needed to defend the country. The F-35 combat aircraft has been plagued by cost and performance problems. Rather than adding F-35s to the arsenal, planned purchases of the plane should be scaled back until its issues are resolved. And there is no need to spend $1 trillion over the next three decades on a new generation of nuclear-armed missiles, bombers, and submarines. The proposal to buy a new nuclear-armed cruise missile is particularly ill-conceived. As former Defense Secretary William Perry has noted, deploying such a system would be both dangerous and redundant.

Before members of Congress blame readiness problems on a lack of resources, they should make vigorous efforts to re-orient funding in the Pentagon’s existing budget to address these urgent needs.

NEXT STORY: You Are Invited: Join the Defense One Tech Summit on June 10