To Confront Russia’s Subs, NATO Should Team Up on ASW Aircraft

A U.S. Navy P-8A Poseidon touches down in Jacksonville, Fla.

While in Europe recently, U.S. Defense Secretary Ash Carter called for “a continuous arc of highly capable maritime patrol aircraft” to meet the challenge of increasingly sophisticated and active Russian submarines at the boundary of the North Atlantic. It’s an important call to replace a depleted capability — and it will require a special kind of cooperation to make happen.

The need is clear. Russia’s submarine force has become increasingly active; has demonstrated new capabilities, such as launching land attack cruise missiles; and is building new classes of conventional and nuclear submarines. Concerns are rising in NATO about Russian naval access to the Atlantic and the threat its subs might pose to U.S. reinforcements heading to Europe during a crisis.

During the Cold War, maritime patrol aircraft patrolled the Greenland-Iceland-UK gap and other key waterways, listening for Soviet subs and standing ready to act. But over the years, Europe’s MPA fleets have quietly eroded. Britain famously retired its entire fleet of MPAs in 2010 in an attempt to save money, but the UK is far from the only example. The Netherlands sold off its P-3 Orions in 2003, and all of Greece’s MPAs are in deep mothball storage as a cost-cutting measure. Other countries, such as Germany, Italy, France, and Canada, have cancelled buys of new MPAs, opting instead to modernize parts of their current fleets. This leaves America’s European allies with a dwindling fleet of aging MPAs, most of which were introduced in the mid-1980s. NATO estimates that Europe will halve its MPA fleet over the next decade.

• To Confront Russia’s Subs, NATO Must Team Up on ASW Aircraft

The U.S. Navy’s MPA footprint in Europe has also shrunk considerably. Where once the U.S. dedicated two squadrons to Europe, today there are a total of five aircraft operating there. In 2006, the U.S. pulled up stakes at the Keflavik airbase, a key site for MPA patrols in and around the GIUK gap.

There are some positive developments. The UK has declared that it is seeking to regain its MPA capability by 2020 through purchases of P-8 Poseidons, and the U.S. is looking to upgrade the Keflavik facilities and begin rotating its own Navy P-8s there for Atlantic patrols. Norway is also looking to deepen its bilateral cooperation with the United States around MPAs.

But these moves do not reverse the long-term trend, nor meet the burgeoning need for anti-submarine warfare and maritime ISR capabilities. It is time for NATO to take a page from its own playbook, and create a consortium of alliance members who are interested in regenerating their MPA capacities.

There is solid and promising precedent for this. In the mid-2000s, 12 alliance members plus partner nations Sweden and Finland joined to form the Strategic Airlift Capability. The group bought and pooled C-17 airlifters, making them available for both NATO missions and national requirements in a time-share system based on the national resources contributed to the consortium. This allowed the consortium members to quickly gain a heavy airlift capacity, with a platform that was out of financial reach for many of its smaller members.

A new MPA consortium could be used to buy a family of aircraft and associated systems, cooperate in training and exercises, develop concepts, and establish shared maintenance. The consortium could even offer membership to NATO countries that do not fly MPAs, but which could offer pre-arranged basing and support. The right countries could allow MPAs to quickly swing from, say, the GIUK gap to the Baltic or Black Sea, two other maritime domains where Russia is challenging the European security order.

And while the United States is recapitalizing its own MPA fleet with P-8 Poseidons and unmanned Tritons, it too has a role to play in a NATO-based MPA consortium. Again, there is precedent: the U.S. operates its own sizeable C-17 fleet, but also contributed resources to the C-17 consortium. In the same fashion, the U.S. could join a NATO MPA consortium, catalyzing European members and contributing its own fleet of P-3s, P-8s, and Tritons for common training, exercises, and patrols.

Carter’s call for a new focus on MPA in Europe is certainly urgent and badly needed. But it will only become a reality if European nations work together and get U.S. leadership and active participation. Russia is once again contesting the sub-surface domain, and part of NATO’s answer should come from the once-ubiquitous maritime patrol aircraft.

This article is in part based on the recently released Atlantic Council issue brief “ NATO’s Next Consortium: Maritime Patrol Aircraft  .” 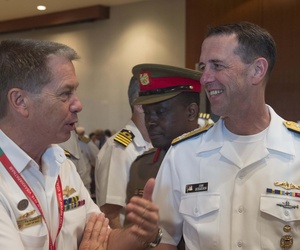 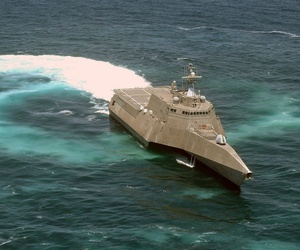 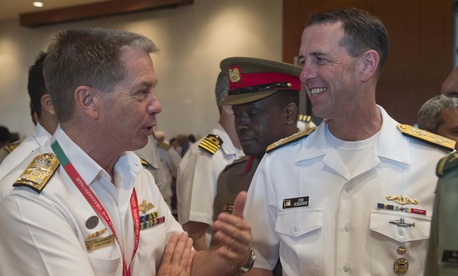 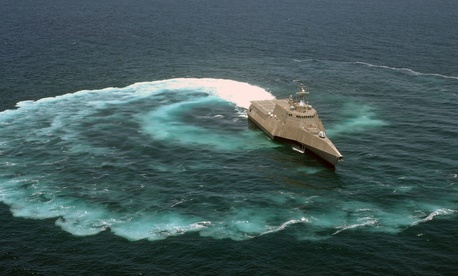