Indian Minister of Defense Manohar Parrikar came to Washington on Monday for his sixth meeting with U.S. Secretary of Defense Ashton Carter.  Secretary Carter noted in his opening statement of their joint press conference that he has spent more time with Minister Parrikar “than with any other counterpart.” He did not qualify the statement further, and did not limit his remark to convey “any other non-NATO” counterpart or a similar formulation. For me, that gives us takeaway number one about U.S.-India defense ties: The time Carter and his counterpart, Parrikar, are investing in this venture illustrates the opportunity they perceive in a deepened strategic relationship—but also underscores the hard, time-consuming work required to find a way for the defense systems in both countries to learn to work together more seamlessly.

Carter and Parrikar both highlighted the importance of “shared values” in the defense relationship, and repeatedly referenced freedom of navigation and the fight against terrorism to illustrate those shared values. They spoke about a convergence of views, and a gradually-expanding technology partnership, that will make U.S.-India ties “a defining partnership of the twenty-first century.”

Carter developed his “handshake” metaphor for the U.S.-India relationship more fully, describing ties as “two important handshakes.” The first handshake brings together the U.S. rebalance to Asia with India’s “Act East” policy, to use the name of Prime Minister Narendra Modi’s Asia strategy. Both countries’ outstretched hands, so to speak, meet in the Indo-Pacific, where their shared point of view and common sense of conduct create an ever-larger platform for cooperation.

The second handshake centers on deeper technology sharing, with increasingly more complex joint projects on the anvil. As the joint statement from the Carter-Parrikar meeting notes, both sides finalized in July five new technology initiative working groups: naval systems; air systems; ISR (intelligence, surveillance, and reconnaissance); and “other systems.” This is on top of the working groups already underway through the Defense Trade and Technology Initiative. All of this gives us takeaway number two: The emphasis on technology partnership is not just about cool new toys, but about enhancing power toward the shared purpose of freedom of navigation and overflight and countering terror. Neither cabinet official mentioned China, nor Pakistan, nor any of the other specific maritime threats such as counterpiracy—but the importance of reinforcing the rule of law came through loud and clear.

Parrikar’s Washington visit provided the occasion for the long-delayed formalization of the new U.S.-India Logistics Exchange Memorandum of Agreement (LEMOA). After negotiations on this logistics agreement stretched out over more than a decade, many observers (including myself) hoped it would be inked during Carter’s visit to India in April 2016. Unfortunately, that visit elicited language about “expecting” the agreement to be signed in “the coming weeks.” Prime Minister Modi’s Washington visit in June raised expectations once again, but the joint statement from that visit merely “welcomed finalization of the text” of the LEMOA. With today’s signing, this long-ruminated logistics agreement can finally become operational.

Read more: What the Pentagon Sees in India—And Vice Versa
See also: India Stocks Up on Howitzers to Defend Its Border with China
And India’s Modi Pokes Pakistan Over Contested Afghan-Border Region

But notably, both Carter and Parrikar took great pains at their joint press conference to repeatedly explain that the LEMOA agreement was an “enabler,” not a basing agreement “of any kind.” This message surely goes out to Indian listeners, some of whom remain wary that partnership with the United States will erode India’s longstanding policy independence. A follow up question from the press about moving ahead on subsequent agreements prompted a reply from Parrikar emphasizing how long LEMOA had taken, as if it were too early to start thinking about others.

This brings me to takeaway number three: As close as India is ready to come to the United States, New Delhi does not desire a military alliance that would tie it to U.S. decision-making and military activities around the world. Indeed, Carter carefully described LEMOA as something that would make operating together easier “when we choose to do so” but that governments would choose when to do so on a case-by-case basis. The repeated clarification shows how partnership with New Delhi will be unlike ties with other close U.S. allies and partners—it has clear limits, and the Indian government will not hesitate to draw those lines. 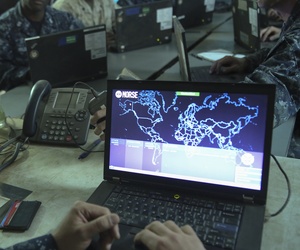 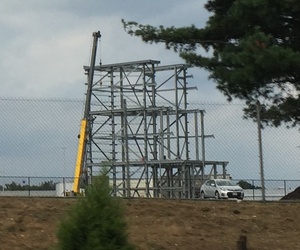 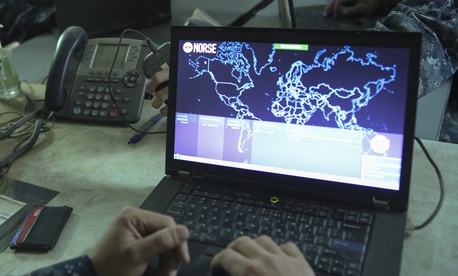 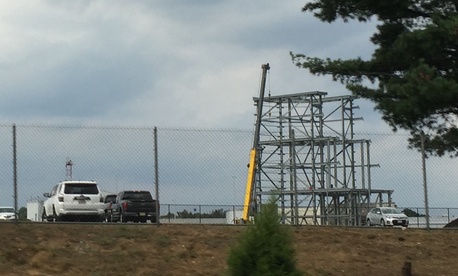