Shifting Left: How DevSecOps Strengthens Agency Security and Risk Management
Skip to Content
Get all our news and commentary in your inbox at 6 a.m. ET.
Ideas
Climate Change Is Increasing the Risk of War in Africa: Study

Rising temperatures and changing water patterns are among a host of destabilizing factors, a new study finds. 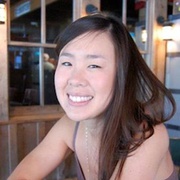 United Nations secretary general Ban Ki-moon once described the war in Darfur, Sudan as the world’s first climate change conflict, caused in part by the fighting over scarce water resources. Now, researchers believe climate change may be raising the risk of war across the continent.

In a study published in Science this week, researchers Tamma Carleton and Solomon Hsiang, both from the University of Berkeley, say that rising temperatures in sub-Saharan Africa since 1980 have raised the risk of conflict by 11%.

“Although climate is clearly not the only factor that affects social and economic outcomes, new quantitative measurements reveal that it is a major factor, often with first order consequences,” they wrote in their study, which reviewed more than 100 other studies on the social and economic impacts of climate change.

Their conclusion is based on statistical analysis of data from a 2009 study that also claimed the risk of armed conflict will rise roughly 54%, or an additional 393,000 battle deaths, by 2030, if future temperature trends bear out.

Climate change has been deemed the culprit in conflicts from Syria’s civil war to the American civil war. Critics say that such arguments risk promoting “climate reductionism” and the ability of leaders and other political actors to defer blame. Indeed, in the late 19th century, theories on the impacts of climate were used to justify European colonialism, Carleton and Hsiang point out in their study. (Varying climates caused “morally inferior” traits that needed civilizing.)

But it’s hard to argue that climate change, especially through its impact on food and water resources in African countries, does not cause uncertainty and instability. “There are many social implications of both the current climate and predicted future climate change for African populations,” Carleton said.

Their research found trends ranging from the rising prevalence of HIV to higher infant mortality rates in Africa. Climate change will lower crop yields on the continent by approximately 20% by 2050, according to Carleton.

African countries have contributed little to the world’s carbon emissions—less than 2.5% of CO2 emissions between 1980 and 2005. Yet they remain some of the most vulnerable countries to the impacts of climate change.

Efforts to curb these effects range from pledges to restore 100 million hectares (about the size of the United Kingdom) of forest across the continent and commitments to lower emissions. But Carleton and Hsiang believe policymakers should pay more attention to rising temperatures.

NEXT STORY: Talking to Russia Cannot Save Syria