Federal Agencies Tap Data Visualization to Track and Mitigate the Spread of COVID-19
Skip to Content
Get all our news and commentary in your inbox at 6 a.m. ET.
Ideas
How Mistakes and Mission Creep Are Shaping Libya’s Future

Lost in the din of developments at the UN this week is a British report on the ‘failed’ intervention that has turned the country into an 'unmitigated disaster.' 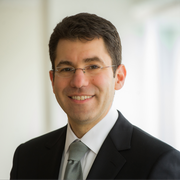 There is a lot going on this week given that Tuesday marks the beginning of the United Nations General Assembly’s annual general debate. I cannot actually remember when something substantive happened during these meetings, but hopefully this year will be different as world leaders gather ahead of the debate for a summit called “Addressing Large Movements of Refugees and Migrants.”

The topic has received a lot of attention for obvious reasons, but the breakdown of the Syrian cease-fire, which was never much of a cessation of fighting, will likely overshadow much of anything else. Add to the ongoing carnage in Syria the recent kerfuffle over Israeli Prime Minister Benjamin Netanyahu’s comments suggesting that those who oppose settlements in the West Bank support ethnic cleaning, the calamity of Egypt’s inability to import wheat because of an unreasonable standard concerning the ergot fungus, dueling op-eds between the Iranian and Saudi foreign ministers over which country has contributed more to transnational terrorism, and an apparent deeper Turkish incursion into Syria and, well, it is just another week in the Middle East. Lost in all of the ongoing developments was the release of the British House of Commons Foreign Affairs Committee’s report entitled “Libya: Examination of Intervention and Collapse and the UK’s Future Policy Options.” Forget the clunky title; this forty-two-page document is an important read. It is exceedingly frank in a way that has eluded official American discussions of the U.S. invasion of Iraq and details—whether intentionally or not—how the British, French, and American governments repeated in Libya in 2011 many of the mistakes that had led the United States and coalition forces into Operation Iraqi Freedom in 2003.

It goes without saying that the parliamentary committee started from the premise that the intervention in Libya proved to be an unmitigated disaster. There are a few analysts who believe otherwise, but it is hard to argue with the fragmentation of the country, the existence of two (or three) warring governments, a myriad of militias, and the precipitous decline in per capita gross domestic product (GDP). According to the United Nations, almost half of Libya’s population is in need of protection and humanitarian assistance. Also, Libya is a source of regional instability with large numbers of weapons flowing out from former strongman Muammar al-Qaddafi’s arsenal, which was used to fuel conflicts around the region but especially in Tunisia and Egypt.

See also: The UK Is Having the War Debate That America Isn’t
And How Not to Plan for ‘The Day After’ In Libya
As well as What the West Can Do about The Biggest Obstacle to Libyan Stability

So how did we get to this moment? For those who do not remember, the impetus for intervening in Libya was the fear that Qaddafi’s forces would massacre his opponents in the eastern city of Benghazi, a hotbed of the February 17, 2011, uprising. Proponents of military action argued that given the blood that Qaddafi promised to shed, it was incumbent upon other countries to protect Libyans from their own leader. The authors of the House of Commons’ report have cast a critical eye on this rationale, arguing that the intervention, which began in March 2011 and lasted through the following fall, was both doomed to fail and contributed directly to Libya’s current sorry state for the following reasons:

The military operation in Libya also suffered from mission creep; it was originally conceived of as a no-fly zone, but with the help of an American effort to build more flexibility into United Nations Security Council Resolution 1973, it became an exercise in regime change. This was not a problem in Iraq, where U.S. operations were specifically intended to change Iraq’s political order. It does not matter much, however. The same flawed justifications, bad decision-making processes, and wishful thinking that went into Operation Iraqi Freedom were abundantly clear in the military intervention in Libya, with similarly devastating results. It is a cliché to say that those who do not learn from history are doomed to repeat it, but some clichés are true. In the meantime, Libya has failed.