Nuclear Test No. 5: How North Korea’s Compares to Other Countries’

A woman looks at a TV screen showing a file image of North Korean leader Kim Jong Un during a news program on the North's nuclear test, in Tokyo, Friday, Sept. 9, 2016.

Here's what other nuclear powers achieved, and what that reveals about Kim Jong Un's progress.

Many people seem to have trouble accepting that North Korea really is building nuclear weapons. It seems so incongruous, this backward little peninsular nightmare as a nuclear power. But North Korea has conducted five nuclear tests,with progressively larger yields, since 2006. And now the North Koreans claim to have tested a nuclear weapon small enough to arm a missile. Do we believe them? After all, this is North Korea we’re talking about.

North Korea’s propaganda apparatus is pretty proud. In March, Kim Jong Un, the country’s leader, posed with a mock-up of one of the bombs, the same design that North Korea now claims to have tested and intends to deploy on its arsenal of long-range ballistic missiles. “It is very gratifying to see the nuclear warheads with the structure of mixed charge adequate for prompt thermonuclear reaction,” he said then.

How to assess the merit of these claims? One seemingly oblique but constructive way is to look at the fifth nuclear tests of other countries—the United States, Russia, Britain, France, and China. These five fifth tests are a fairly telling set. By their fifth tests, all five countries had demonstrated the technologies to reduce the size of first-generation weapons, and were well on their way to building thermonuclear weapons. Their scientists were quite competent, and their place in the world as nuclear powers widely acknowledged. So why hold North Korea to a different standard? Viewed through the lens of these past tests, it’s hard to escape the reality that North Korea is, indeed, a real nuclear power.

In April 1948, the United States had a nuclear monopoly. But the Soviet Union was developing its own nuclear weapons, and the Americans were certainly moving beyond the cumbersome devices they’d dropped on Hiroshima and Nagasaki.

The fifth U.S. nuclear test occurred in 1948, the second of a series of three nuclear explosions at Enewetak Atoll as part of Operation Sandstone. The test, known as “Yoke,” was a 49-kiloton explosion—the largest explosion to date, and a fairly fascinating bomb. Yoke’s implosion design was the first to use highly enriched uranium, something that is of interest to North Korea today. And it was one of the series of tests that confirmed the concept of the “levitated pit,” a design essential to reducing the size of U.S. nuclear weapons so they could fit atop ballistic missiles.

This was a major coup for the U.S. nuclear-weapons program. The bomb the United States had dropped on Nagasaki weighed more than 10,000 pounds. The Sandstone series test opened up a route to reducing that size. A little airspace between the tamper and the fissile core allows the shockwave from the conventional explosives in the bomb to hit harder and more efficiently squeeze the core of fissile material. This design concept was classified for decades, although the physicist Ted Taylor famously spilled the beans when he explained it to the New Yorker journalist John McPhee this way: “When you hammer a nail, what do you do? Do you put the hammer on the nail and push?”

The North Koreans have almost certainly adopted a levitated pit in their own designs.

The Soviets were behind in 1948, but they were hell-bent on catching up. And going second had its advantages, since Moscow could sit back and let the United States pursue dead ends, while copying approaches that the Americans had bled millions of dollars to confirm.

The fifth Soviet nuclear test—known in the United States as Joe 5, after you-know-who—was of a compact device that could be delivered by aircraft or fitted to a ballistic missile. The Soviet name for the test was Tatyana. This was the Soviets’ first “tactical” nuclear weapon, and it remained in service until 1966. The Soviets were also well on their way toward thermonuclear weapons, having demonstrated the burning of thermonuclear fuel in a so-called Sloika device tested just before Tatyana.

The Soviets were, in many ways, further along by their fifth test than the Americans had been by theirs, which makes sense. They were able to watch the United States to see what might work and what might not. As a result, they had a compact nuclear-weapons design, as well as an early thermonuclear design.

By its fifth test, Britain was moving toward thermonuclear weapons. The second of two tests in the Mosaic series, its fifth test was similar to the fourth Soviet test—it involved a device using layers of thermonuclear material. As Lorna Arnold and Mark Brian Smith wrote in Britain, Australia and the Bomb, the Mosaic series “made essential contributions” to Britain’s development of thermonuclear weapons. British scientist William Penney said the purpose of the tests was “to confirm that we have not made a fundamental mistake.” They had not. The British would test a thermonuclear weapon in 1957, ultimately pushing the United States to resume nuclear-weapons cooperation with Britain, cooperation that continues to this day.

Mosaic helped the United States come to regard the British as a full-fledged nuclear power, a precedent that might pique Kim Jong Un’s interest.

France’s fifth test was a science experiment. Its first four tests, conducted in the atmosphere over Algeria, had demonstrated a compact nuclear device weighing 1,200 kilograms. With Algerian independence looming, France moved its nuclear testing underground, to a location near the village of In Eker.

The fifth French test, code-named “Agate,” was the first of a series of 18 underground nuclear tests at the site through 1966, when local opposition forced France to move its testing to the South Pacific. In the 1960s, the ability to conduct nuclear tests underground was considered a sign of technical sophistication. French officials were justly proud of the achievement, which would elude the Chinese in the years to come. Of course, underground testing no longer seems to be the challenge it once was. All of North Korea’s tests have been conducted underground.

The final fifth test was very nearly a thermonuclear device. China’s fifth nuclear test was a “principles” test of a thermonuclear device. By this point, China had already tested fission devices dropped by aircraft and carried by a missile, as well as a layer-cake device like the one involved in the fifth British test. China’s next test, in June 1967, would be a massive, staged-thermonuclear weapon with a yield of more than three megatons.

Although each of these countries made different choices over what to prioritize, by their fifth nuclear tests each had dramatically reduced the size of nuclear weapons from the giant “Fat Man” bomb that the United States dropped on Nagasaki, and was well on its way to developing thermonuclear weapons with yield ranges in the megatons. Five nuclear tests is quite a lot, and the later countries like France and China were able to move quickly by following the path set forth by the United States and Soviet Union.

North Korea is coming last, in an era when these technologies are 50 years old and have been demonstrated repeatedly by other nuclear powers. In this context, the country’s boasts about building nuclear weapons small enough to arm missiles and making use of thermonuclear materials don’t seem outlandish at all. 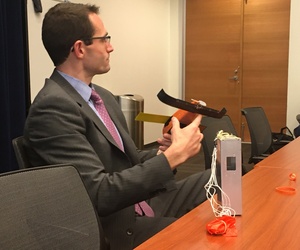 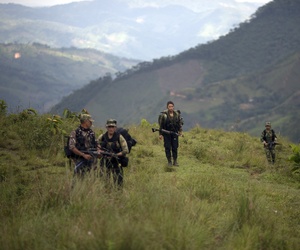 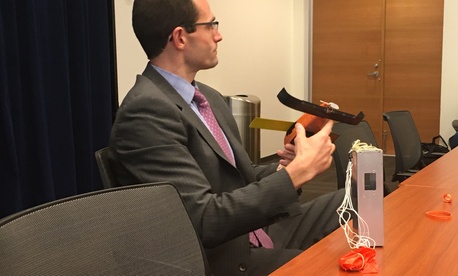 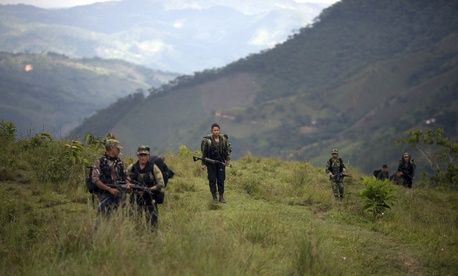