Inside the Disaster Zone
Skip to Content
Get all our news and commentary in your inbox at 6 a.m. ET.
Ideas
North Korea Is Not Afraid of the International Community

With sanctions having no effect, few options remain short of regime change and acquiescence to Pyongyang as a permanent nuclear power. 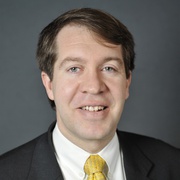 North Korea conducted its fifth nuclear test (second in 2016) on September 9, 2016, the sixty-eighth anniversary of the country’s founding. North Korea claimed the test would enable it to build a nuclear warhead that is “able to be mounted on strategic ballistic rockets.” South Korean President Park Geun-hye condemned the “fanatic recklessness” of the North Korean leadership. U.S. President Barack Obama stated that North Korea’s actions would have “serious consequences.” The Chinese foreign ministry stated that it was “resolutely opposed to North Korea’s latest nuclear test and strongly urges North Korea to stop taking any actions that will worsen the situation.”

The UN Security Council will no doubt act to condemn the test and to pass a sanctions resolution even stricter than the measures passed only six months ago in response to North Korea’s fourth nuclear test. Among other measures, the resolution will attempt to close the “livelihood” exemption loophole that China has left open on a humanitarian basis, target North Korea’s export of labor to other countries as a means of earning foreign exchange, extend the ban on aviation fuel to include crude oil, widen the ban on exports to include textiles, and prohibit tourism in North Korea. However, words and sanctions have not deterred Kim Jong Un from doubling down on nuclear development and pledging to become a “permanent nuclear state.” North Korea’s nuclear aspirations have become a foundation for Kim Jong Un’s domestic legitimacy.

Most worrisome is the quickened frequency of North Korean nuclear and missile tests, which have come in such quick succession that the UN Security Council has resorted to statementscondemning clusters of tests, instead of condemning individual tests, in recent weeks. North Korea’s dash to attain a long-range strike capability and survivability for its nuclear deterrent is designed to enhance the credibility of North Korean threats and raise defense costs of the country’s adversaries.

By taking these steps, North Korea is betting that the world will acquiesce to a nuclear North Korea rather than mobilizing the level of coercion necessary to force North Korea to reverse course and pursue denuclearization. In so doing, North Korea lives in the space created by geostrategic distrust between China and the United States and continues to take for granted China’s commitment to stability over denuclearization. The backdrop of Sino-U.S. tensions over the South China Sea and disputes over the U.S.-South Korea alliance decision to deploy the Terminal High-Altitude Air Defense (THAAD) system to South Korea provides North Korea with hope that the United States and China will never unite to take collective action to remove the North Korean regime.

North Korea knows that China prizes stability overall and fears the geostrategic disadvantages to Beijing of national unification led by Seoul and supported by Washington. Nevertheless, a nuclear North Korea under the leadership of Kim Jong Un has proven itself to be inherently destabilizing, reminding Chinese leaders on an almost weekly basis in recent months that their goal of a stable periphery has been compromised by North Korean recklessness and disregard for Chinese national security interests.

See also: How to Tell The Difference Between a Nuclear Bomb Test and an Earthquake
And Under the Nuclear Shadow: A Short History of the China-North Korea Relationship

At some point, one would expect that China will be forced to take unilateral action to ensure that a more benign and stable North Korea can perpetuate its buffer role in exchange for Chinese support. Alternatively, China will be pushed to take collective action with the United States, South Korea, and the global community to show Kim Jong Un that a nuclear North Korea does not provide him or his regime with a viable survival option.

The goal of enhancing external pressure on North Korea through sanctions will only work if it induces a recognition among the regime’s elites that a nuclear weapons program is not a viable security option and that North Korea must move in a different direction. However, even this step represents a threat to Kim Jong Un because it threatens the Kim family-led power structure and challenges the monolithic leadership of the suryong/supreme leader.

Nevertheless, if nuclear weapons development has truly become a central tool by which the Kim family justifies the perpetuation of its rule domestically, denuclearization is possible only as a product of regime change; the only alternative to regime change is acquiescence to North Korea as a nuclear weapons state. Such is the strategic choice that North Korea’s current course poses to the United States and its allies.

NEXT STORY: Trump's Defense-and-Budget Plan Has Been Tried Before