The ruins of Guernica, bombed by Nazi Germany in 1937, during the Spanish Civil War.

Nearly 80 years ago, a shattered town rang a death knell for international order. We must not let it happen again.

In 1937, the Third Reich’s expeditionary Condor Legion obliterated the Spanish town of Guernica. This cynical proxy bombing, immortalized in Picasso’s iconic painting, was an early death knell of the League of Nations, and came to symbolize the violent rending of the post-WWI international order. Today, nations must act so that Aleppo does not become a Guernica for our own age.

The Russian and Syrian government assault on anti-regime rebels in Syria’s second-largest city goes far beyond any reasonable military action. This isn’t about the merits of the various rebel groups, or even ISIS, but about the hundreds of thousands of defenseless civilians trapped in the bombardment and crossfire.

Many, including myself, watched with concern Russia’s sharp-elbowed but controlled intervention a year ago on behalf of Assad’s Syrian regime. But Moscow has since behaved like a stressed gambler, doubling down by targeting Aleppo’s civilians, hospitals, and aid workers. This is not the measured use of “little green men” that characterized Russia’s illegal annexation of Crimea in 2014, but is rather akin to its brutal military bulldozing of Chechen Grozny in 2000.

Time is not on Russia’s side. The longer she is embroiled as a combatant in Syria, the more she is vulnerably exposed inside that fractious land — and also within a broader Sunni constellation that includes a significant proportion of Russia’s own population. As we have learned so painfully, bad things happen to foreign militaries entangled in Middle Eastern civil and sectarian wars. Perhaps that explains why Russia and the Syrian regime, with their Iranian and Hezbollah proxies, have pulled out all stops to obliterate the rebel resistance.

Judging from the positive reception that President Vladimir Putin received at the recent G20 summit in China, Russia appeared to be working out of its post-Crimea isolation. But that looks to have been temporary. A fleeting opportunity is being missed: Russia might have targeted ISIS in Syria, complementing the offensive launched by Iraqi and Kurdish forces against ISIS-held Mosul in neighboring Iraq. Or it might have accepted several UN-backed cease-fire proposals. Instead, it pressed a ruthless, lawless effort to force a decision in Aleppo.

There is a sense that Moscow has lost control of its own narrative. It is certainly losing its best chance to be a credible part of any lasting, globally-supported solution in Syria. Without such, it will be stuck, expensively alone with its proxies, in a seemingly endless civil war. Increasingly a pariah state, Russia may become committed to a future of economic and political isolation as the price for a higher-profile international standing built upon military excesses in Crimea, eastern Ukraine, and Syria. If so, Moscow may become even more reactionary and aggressive, feeling it has little to lose.

Already, its military, improved but stretched, is increasingly a policy tool of choice. As this is written, Russia’s sole aircraft carrier Admiral Kuznetsov and its well-armed escorts are cruising in a highly publicized sortie toward the eastern Mediterranean. The flotilla will likely slip under Russia’s reinforced A2AD (anti-access, area denial) air-defense network in Syria and add its aerial and missile arsenal to the bombardment just days before the U.S. election. This follows the consecutive and likely coordinated deployments of S-300 air-defense missiles to Syria and the SS-26 Iskander short-range ballistic missile to Baltic Kaliningrad.

Will the largely loyal, but sanctions-strained Russian population, back this recklessly defiant course indefinitely? Only time will tell.

This is a crucial juncture for the international community, just as the 1930s were for the League of Nations. Global allies and partners must firmly hold the line against a revisionist Russia. Hard measures, mostly economic and political, must be added to dissuade Russia from further aggressive behavior. But at the same time, efforts must be redoubled to reestablish essential U.S. and Russian communications conduits between our nuclear-tipped militaries to ensure that operational leaders on both sides aren’t trying to contact each for the first time during a cyber-fast-breaking accident or incident. Credible political and military de-escalatory “off-ramps” will be critical over this increasingly tense period.

As one who came to appreciate the hardy Russian people and their distinct culture over three decades of interaction, I had hoped, and still do, that Russia, faced with firm boundaries and patient diplomacy, can find a way back to the international mainstream of law-abiding nations. Until then, Russia will reap what it sows. 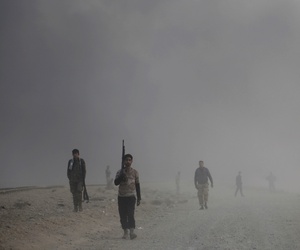 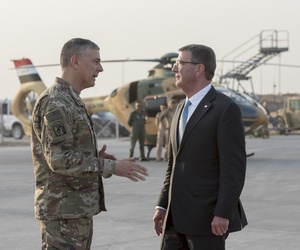 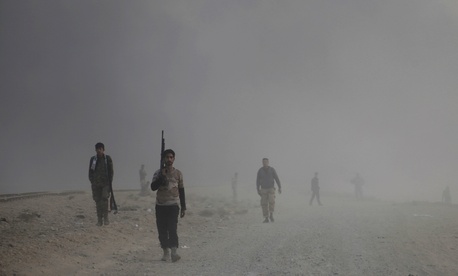 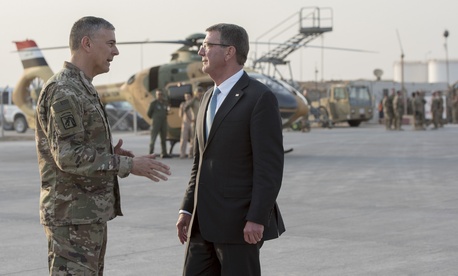