Customer experience matters hugely to civilian agencies that deal with millions of American citizens every day, but there’s also a big push within the intelligence community to improve customer service where national security is concerned.

The National Geospatial-Intelligence Agency, which produces and collects vast amounts of geospatial and map-related data used within the IC, launched the “Xperience” directorate three years ago to figure out how better to deliver its products and services to a wide array of customers under what can sometimes be critical time pressures.

“We are providing the look from the customer’s point of view,” said Christy Monaco, director of Xperience for NGA. Monaco spoke Tuesday at an event hosted by Defense One.

The Xperience wing, she said, is melding business intelligence data with surveys, customer journey maps and analog selections of customer information, and then using it to better segment its customers to “do a better job at getting them what they need.”

While it is still early days for the Xperience wing, Monaco said the team has already established early wins. In one case, an NGA team was producing a specific intelligence product that was in turn only used by users within NGA.

“We said, ‘That’s not the best use of resources,’ and that product is no longer being produced,” Monaco said.

NGA’s customers include all 16 IC agencies, including the CIA, FBI and the National Security Agency, as well as military units and occasionally other federal agencies and organizations such as the Federal Emergency Management Agency during disasters. Determining exactly who NGA’s customers are and what their needs are has been crucial to improving how NGA shares data. Analysts come to inform decisions to policymakers while warfighters might engage in route-planning for a mission.

In any case, Monaco said while the Xperience wing is relatively new, its goals are lofty. NGA, she said, could do for geospatial customers what Amazon has done for retail shoppers.

“When you go to Amazon, what you land on is tailored to you,” Monaco said. “We’re getting to the point where getting who that customer is, based on a user profile or what we know about them based on their [public key infrastructure] security certificate, we can deliver them what they’ve told us they want [in the past] or what we think they need.”

In the future, Monaco said this kind of service delivery will almost certainly entail some variant of artificial intelligence and automation. While it continues to collect its own classified geospatial data, NGA now collects social media data, commercial geospatial data and a growing number of open data sets.

Imagine a warfighter in a futuristic setting able to ingest specific data—including geospatial information—based on his or her real-time needs. These and other similar scenarios “would add another dimension to customer intelligence,” Monaco said, and automation would be necessary because the “amount of data we’re bringing together can’t be done by a few thousand people.” 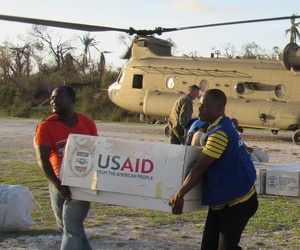 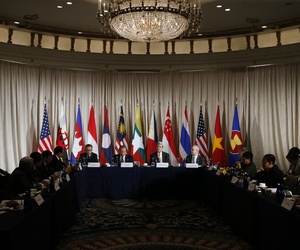 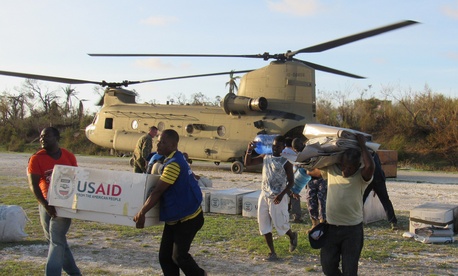 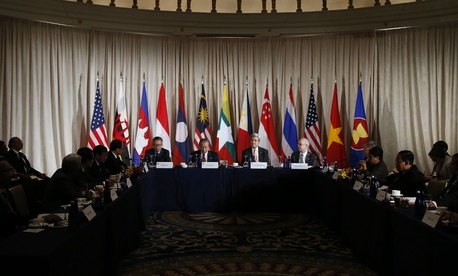