Pakistan, in particular, finds itself once again at the center of the tussle between China, Russia, and the United States.

The Obama administration, now in its last phase, is unlikely to take any strong action against Pakistan even though the White House tacitly supported recent Indian military strikes against terrorists on Pakistan’s side of the Line of Control (LoC).

The Indian strikes came after a cross-border attack on an army camp in Uri, that killed 20 soldiers. The White House issued a short statement the same day, calling on Pakistan to do the right thing. But that is as far as president Barack Obama might be willing to go given the ongoing crises in Syria and Yemen and the volatile nature of the presidential election at home.

It should not surprise New Delhi even though it may disappoint many that the Obama administration does not support a bill introduced in the US Congress on Sept. 20 by congressman Ted Poe, chairman of the house subcommittee on terrorism, calling for Pakistan to be designated as a state sponsor of terrorism.

When asked if the administration would support the move, the state department spokesman John Kirby was more than clear. “Obviously, we don’t,” was the short answer.

The bill, introduced in the House of Representatives shortly after the attack in Uri, cites the administration’s own 2016 report on terrorism that Pakistan did not take “substantial action against the Afghan Taliban, Haqqani Network, Lashkar-e-Tayyiba and Jaish-e-Mohammad, which continued to cooperate, train, organise, and fundraise in Pakistan.”

If enacted, the act calls on the president to report to the Congress within 90 days whether the government of Pakistan or any of its agencies directly or indirectly committed any acts of terrorism or abetted any such act. But the bill is unlikely to be voted on by this Congress and would likely lapse. It will have to be re-introduced as the new Congress comes in next year.

What’s noteworthy is that in the wake of the Uri attack Indian diplomats and the Indian-American community found more sympathy in the US Congress, with several senators and congressmen expressing support for India and condemning Pakistan for harbouring terrorist groups on its soil.

The Obama administration has been more circumspect, maintaining what it deems as a necessary “balance” between India and Pakistan in its public statements. It was only after New Delhi pushed hard and pointed to the many statements of support from American lawmakers that the White House was nudged into action after Uri.

In the time remaining before the next president takes over, the Obama administration will neither press India hard on Kashmir nor Pakistan hard on terrorism.

The White House issued a stronger statement on the day India launched “surgical strikes” against terrorist launch pads along the LoC, “highlighting the danger that cross-border terrorism poses to the region.” US national security adviser Susan Rice asked that Pakistan “take effective action to combat and delegitimize United Nations-designated terrorist individuals and entities.”

While it’s clear that Pakistan has exhausted most of the goodwill in Washington, no one in the White House has the appetite for rocking the boat and taking the final step towards declaring it a state sponsor of terrorism. There are still nearly 10,000 US troops in Afghanistan and Pakistan’s cooperation is vital for Washington.

In addition, South Asia is not high on Obama’s radar. His personal interest and investment in the region are arguably less than those of his predecessor. The same could be said of his national security adviser.

Pakistan plays in the little space that is left and uses US officials’ fear of a possible nuclear exchange in South Asia to its advantage. Earlier this month, Pakistan prime minister Nawaz Sharif’s two envoys—Mushahid Hussain Syed and Shezra Mansab Khan Ali—sent to denounce India and raise the Kashmir issue, made sure they played on those fears.

Syed reminded his audiences that it was the Clinton administration that called South Asia a potential “nuclear flashpoint.” The clear implication was that the current tensions could lead there unless the Americans intervene with India.

Then, in a gigantic leap, Syed claimed that Afghanistan would not find peace unless Kashmir is settled, bluntly saying the “road to peace in Kabul lies in Kashmir” AND that the two could not be compartmentalised. In other words, the whole region would continue to burn unless Pakistan’s wishes were honoured.

“We request the US to intervene because it has leverage with India,” he said. But even the Obama administration finds it difficult these days to take up for Pakistan, mainly because it has refused to act against the Haqqani network and done nothing to shut down UN-designated terrorists such as Hafiz Saeed who roam freely and hold public meetings.

Pakistani envoys also overplayed the China and Russia cards during their visit to Washington—Syed bragged about how the China-Pakistan Economic Corridor had sparked the interest of all regional players, including Iran, Turkey, and Saudi Arabia. He made a point of noting that the Pakistan-Russia military exercises were held after the Uri attacks despite Indian objections.

The message: Pakistan is far from being isolated and finds itself once again at the centre of geopolitics—the tussle between the US and China and Russia. For good measure, Pakistani envoys stoked fears of a new Cold War developing in South Asia because of India’s growing proximity to Washington.

The Obama administration, which by its own admission wants to shrink rather than expand US engagement in the world, has quietly watched China gain more ground in the Af-Pak region while it discouraged a bigger role for India. In the time remaining before the next president takes over, it will neither press India hard on Kashmir nor Pakistan hard on terrorism.

It would be up to the new president to take a view and reset policy. Experts in Washington recommend that the first order of business should be to fold the state department’s office of the special representative on Afghanistan and Pakistan, commonly known as SRAP, back into the bureau of South and Central Asia to bring more coherence into US policy.

Over time, the SRAP office has become a power centre that is often at odds with the South and Central Asia bureau, which deals with India and other South Asian countries. SRAP reports directly to the secretary of state and argues Pakistan’s case with few mitigating policy inputs from the assistant secretary for South Asia. The person looking after India and other South Asian countries, meanwhile, does not have a direct line to John Kerry and must go through extra layers of bureaucracy.

The office of the SRAP was created by the Obama administration in 2009 because of the size of the US engagement and the number of troops serving in Afghanistan.

Whether SRAP’s direct access results in US policy being skewed more in favour of Pakistan is anyone’s guess. But it’s worth noting that recently the state department was strongly in favour of selling F-16s to Pakistan with US subsidies until the US Congress stepped in and blocked the sale. It said Pakistan was welcome to buy the fighter jets but at full price.

Even the defence department has taken measures to show its displeasure. In August, defence secretary Ash Carter declined to certify that Pakistan was acting against the Haqqani Network in good faith. As a result, $300 million in US military aid was blocked.

But the state department remains Pakistan’s most powerful and steadfast defender in the US bureaucracy, leaving it up to the White House to be the final arbiter. Since the Obama White House has shown only sporadic interest in South Asia, US policy on Pakistan remains largely the same.

In the wake of the Uri attacks, when India might have expected a strong denunciation of cross-border terrorism from Pakistan, the state department spokesmen issued neither-here-nor-there statements leaving many in New Delhi frustrated.

As Jonah Blank, an expert with the Rand Corporation, says, the time has come to “rethink and regularise the (US) bureaucracy” and put Pakistan back into the South Asia division for a real reassessment of US policy in the region.

Another South Asia expert said that both Afghanistan and India face the same challenge—proxies sponsored by Pakistan—and it makes eminent sense to have “a more coordinated policy with Kabul and New Delhi” rather than a special carve-out for Pakistan.

It would be a small beginning but it could be an important first step for the new president. 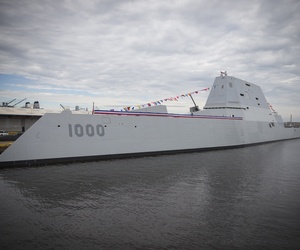 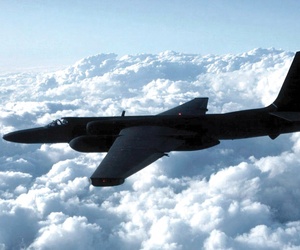 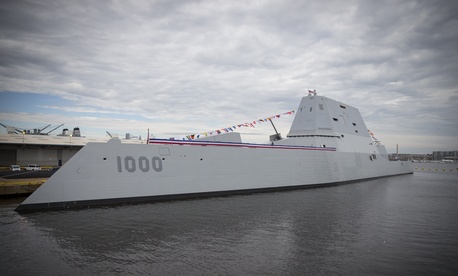 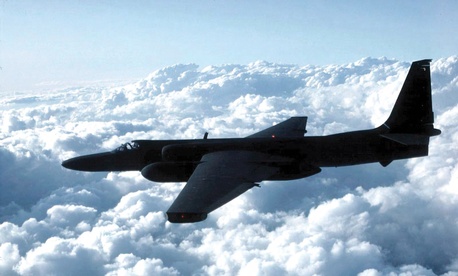