Shifting Left: How DevSecOps Strengthens Agency Security and Risk Management
Skip to Content
Get all our news and commentary in your inbox at 6 a.m. ET.
Ideas
Will Obama’s Mattis Be Trump’s Mattis?

In General Mattis, Trump picked an insider warrior-diplomat who worked with the Obama administration, respected Hillary Clinton, and knows the Middle East better than most. 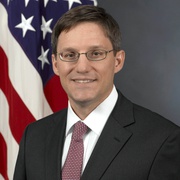 With Mattis, the Pentagon will be led by an astute, respected, battle-hardened leader – one who will bring intense focus on the fights the U.S. is already waging (especially a piece of real estate he knows so well, Iraq and Syria), prepare for the fights that it might get in, work hard to strengthen our most important military partnerships around the world, and keep morale high inside a jittery Pentagon.

Mattis has many admirers among those who served with him in the Defense Department during the Obama years. I was the assistant secretary with the Middle East portfolio at the same time he commanded U.S. forces in the region. Although famously known as “Mad Dog,” a moniker the president-elect clearly likes, Mattis is not simply a leatherneck tough guy. In my experience, he always understood the proper role that defense policy should play alongside the other instruments of American power, championing the importance of diplomacy and development.

He was an attentive and trusted colleague for his Pentagon civilian counterparts. I and my team liked working with him, and during his tenure we had a good relationship with his team at U.S. Central Command, or CENTCOM, in Tampa. (This is not always the case).  He had great respect for diplomats and worked to establish close relationships with his American ambassadorial counterparts.

Mattis also was respected by, and in turn respected, the secretary of state he served with: Hillary Clinton. Although members of Congress are correct to set a high bar for providing the necessary waiver to allow former flag officers to serve as defense secretary less than seven years after retirement, my experience is that Mattis understands and is deeply committed to the chain of command and civilian control. I therefore believe Senate Democrats would be mistaken to make this an issue with Mattis.

When it came to confronting threats, did he push the envelope? You bet. Mattis was seized with the multifaceted challenge presented by Iran – not just its nuclear program, but its efforts to destabilize the Middle East by proliferating conventional weapons and supporting surrogates and proxies. At times his blunt style and desire to raise the temperature on Tehran raised eyebrows among some at the White House, and yes, eventually he wore out his welcome. As other former colleagues have observed, Mattis often had little patience for the interagency process, bristling at the plodding nature of its decision-making. But my view was that by always pushing to do more, he was doing his job. He had creative ideas and often they prevailed. Those times he was overruled, he supported the final decision loyally and without drama.

In this sense, Mattis was not a lonely dissenter from the Obama administration’s defense policy in the Middle East; he was one of its key architects. Starting early in President Obama’s term, Mattis helped lead the effort to build and maintain the U.S. military footprint in Middle East amidst the drawdown of U.S. forces from Iraq, significant budget pressures, and the rebalance to the Asia-Pacific. Maintaining this presence was especially important given the threat from Iran’s nuclear program, and the necessity of military pressure to help maintain leverage over Tehran and reassure our partners. We called this effort “set the theater,” to ensure we had capabilities and planning in place to execute “all military options” if President Obama so ordered.

In large part, the U.S. military presence in the Middle East that President Trump will inherit is the result of these decisions. And despite the current folklore of American “withdrawal” from the region, the U.S. still maintains a bigger military footprint there than before the 9/11 attacks. Alongside this presence was more significant planning for a range of contingencies in the region, an effort in which Mattis and his team were essential players. And finally, Mattis helped drive the highly secretive effort to develop the weapons necessary to address the unique and hardened Iranian nuclear infrastructure.

Beyond this enhanced presence, planning and capability, Mattis enthusiastically pursued “defense diplomacy,” serving as an energetic force behind strengthening U.S. defense relationships in the region, as well as promoting greater defense cooperation among the Gulf Cooperation Council, or GCC. He worked hard to develop good personal ties with the region’s leaders, tending to these relationships with great care.

He tirelessly shuttled between Middle East capitals, becoming particularly close with leaders from the United Arab Emirates (a country he liked to call a “little Sparta”). And he went out of his way to forge close ties to Israel (a country not in his CENTCOM area of responsibility, but obviously a cornerstone of the U.S. security interests in the region). In the years after Mattis retired, these efforts to foster greater capability and cooperation among the GCC culminated with the two U.S.-GCC leader summits. I presume Mattis will suggest President Trump continue these meetings, assuming he attends summits at all -- it is hard for me to imagine Trump sitting through very many of them.

With Mattis at the Pentagon’s helm, I expect more continuity with the broad outlines of Obama’s Middle East security policy than dramatic policy shifts. And I anticipate that the same attributes that made Mattis a successful CENTCOM commander – placing military power in the proper context with diplomacy and development, maintaining a robust force presence, working closely with allies and partners, and strengthening greater regional military cooperation – will be applied to our defense relationships elsewhere. This is a good thing, but it may turn out to be surprising to his new boss. I wonder if he’ll agree?

NEXT STORY: The Jihadi Thinker Who Ushered in the Era of ‘Anything Goes’ Warfare