In this digital age, it is reasonable to ask just what America’s intelligence community still brings to the table. The answer is a lot.

Something stunning happened on Capitol Hill yesterday: Republican and Democratic members of the Senate Armed Services Committee practically stood shoulder to shoulder with senior officials from the U.S. intelligence community as they declared that America’s spies were right after all: The Russian government sought to interfere in the U.S. presidential election by hacking into election-related email and leaking information. It was a striking bipartisan rebuke to President-elect Donald Trump, who has consistently cast skepticism on allegations of Russian involvement and seemed to disparage the intelligence community. Perhaps in anticipation of that committee hearing, Trump was already backpedaling on Twitter before it started, declaring, “The media lies to make it look like I am against ‘Intelligence’ when in fact I am a big fan!”

Trump’s “never mind” tweet is unlikely to repair the dangerous breach between the incoming president and the intelligence agencies that serve him. Presidents often throw intelligence agencies under the bus when they fail. Never before has a president-elect thrown them under the bus for succeeding. But that’s exactly what Trump has been doing for weeks, in an unrelenting frenzy. Since his election, Trump has spent more time fighting Langley than ISIS. He has called the CIA’s assessment of the Russian government’s role in election hacking “ridiculous” and has insisted, repeatedly, that the culprit could be anyone, including a 400-pound hacker or “somebody sitting in a bed some place.” His transition team has disparaged and discredited the CIA as “the same people who thought Saddam Hussein had weapons of mass destruction”—even though they aren’t the same people, Russian cyber hacking isn’t the same intelligence target as Iraq WMD, the Iraq failure was 14 years ago, and intelligence agencies have radically overhauled their analytic process since then. The president-elect has also said he won’t bother getting daily intelligence briefings—making him the first president since 9/11 to skip them—because he’s smart. And just a day before Trump declared himself an intelligence fan, The Wall Street Journal reported that his team was cooking up a Nixon-esque scheme to purge the CIA and the Office of the Director of National Intelligence of suspected politicization in the ranks by trimming and reorganizing both agencies. (The Trump team has denied this report, which was based on the accounts of sources “familiar with the planning,” including at least one close to the transition.)

Some skepticism toward intelligence is healthy. And tension between presidents and their intelligence agencies is nothing new. Lyndon Johnson was said to compare the intelligence community to his boyhood cow, Bessie, who would swing her “shit smeared” tail through a bucket of milk as soon as he’d finished milking her. Bill Clinton met so infrequently with his CIA Director, Jim Woolsey, that when a plane crashed on the White House lawn, aides joked that it was Woolsey trying to get a meeting. (Woolsey, incidentally, had been advising the Trump transition team until resigning yesterday, reportedly due to “growing tensions over Trump’s vision for intelligence agencies.”) Nearly all presidents leave office disappointed and disgruntled with their intelligence apparatus, for two reasons: because presidents want crystal balls and even the CIA’s smartest people don’t have them; and because presidents resort to covert operations for the toughest of problems, when all else fails—which is why covert operations usually fail, too. But no president until now has entered office with such a profound, publicly vented distrust of his own intelligence establishment.

Trump’s doubts are both understandable and alarming. Understandable because we live in an era where threats are moving faster than bureaucrats, and where hacks, tweets, leaks, and internet “news” (both real and fake) make information available everywhere, all the time, instantly. In this digital age, it is reasonable to ask just what America’s intelligence community still brings to the table.

U.S. intelligence agencies have one overriding mission: giving the president decision-making advantage in a dangerous and deceptive world.

The answer is a lot. U.S. intelligence agencies have one overriding mission: giving the president decision-making advantage in a dangerous and deceptive world. Intelligence officials risk their lives to recruit foreign assets, they intercept foreign email and cell-phone communications, they build and deploy spy satellites, they track obscure foreign government reports and trends for vital clues about the stability of a regime or the health of a foreign economy. Sure, you can find a Wikipedia page on just about anything these days. Where intelligence agencies add value is by integrating the best open-source information and integrating it with the secret nuggets they gather. All intelligence is information. But not all information is intelligence. Agencies like the CIA or NSA sort through a crushing daily stream of information and marry it with secrets to yield insights that keep Americans safe and advance the country’s national interests.

Do they get it wrong sometimes? Of course. In 1962, just weeks before an American U-2 spy plane discovered unmistakable evidence of Soviet nuclear missile installations in Cuba, the intelligence community completed an assessment that concluded the Soviets would not dare place missiles in Cuba. Today Americans remember the U-2 photos but forget the intelligence failure that preceded them and led the United States to the nuclear brink. The intelligence failures of 9/11 and Iraq WMD are still fresh and searing.

But castigating intelligence officials because they don’t succeed every time is like saying Stephen Curry is a terrible NBA basketball player because he doesn’t make every 3-point shot he takes. Intelligence agencies are paid to pierce the fog of the future as best they can. They tackle the toughest targets—trying to divine the capabilities and intentions of adversaries who hide in caves, send children to be suicide bombers, enrich uranium in secret underground facilities, seek space weapons that could destroy GPS and every digital system people use, and would detonate a nuclear bomb in a New York minute to take out New York City if they ever got one. As one former senior intelligence official told me, if the intelligence community is getting it right 100 percent of the time, then they should be fired because they aren’t asking hard enough questions.

This is serious business, and intelligence agencies take it deadly seriously. They are the silent warriors of America. There’s no holiday in their honor. There’s no big public memorial on the National Mall. There are no Air Force flyovers or standing ovations at football games for them. There are only unmarked stars on the walls at Langley and Fort Meade honoring those at CIA and NSA who died in silent service to their country. Mr. Trump should visit those walls and feel their sacrifice. Better yet, he should honor America’s intelligence professionals by listening to what they have to say—starting with the daily intelligence briefing.

The president cannot afford to delegate intelligence briefings to underlings in today’s threat environment, for three reasons that Mr. Trump should know well from his experience in the business world. First, nothing generates knowledge and results like face-to-face meetings. That’s why CEOs fly around the world to meet in person instead of Skyping. Whether in the boardroom or the Oval Office, good briefings are two-way interactions that build trust and insight. They’re golden moments for a senior intelligence official to converse with the nation’s leader, to better understand what’s on his mind, what he wants to know, what he finds unconvincing, and how the vast assets of the intelligence community can better serve him. Second, good briefings inform—they arm the commander-in-chief with a view of what matters right now and what could matter tomorrow, so that he isn’t surprised. Because in foreign policy, surprises are never the good kind. Third and finally, the daily briefing boosts morale. It says to the men and women of the intelligence community, “you matter.” Nothing signals importance like minutes of the president’s schedule. Given the dangers America confronts, the nation needs the intelligence community now more than ever. The 45th president needs to show that he thinks so, too. 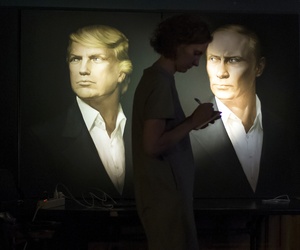 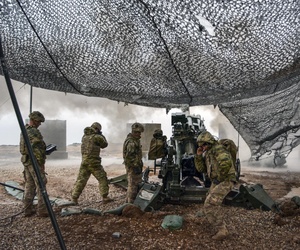 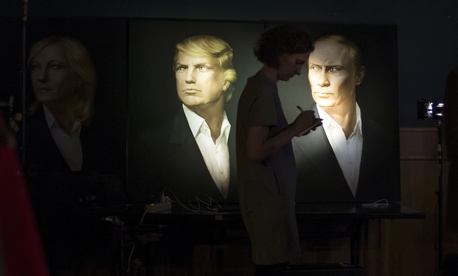 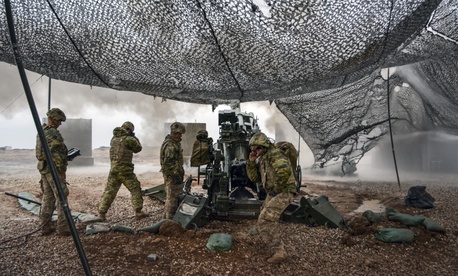