When Netanyahu and Trump Meet, Russia Should Top the Agenda

Moscow’s intervention in Syria is one of the most significant strategic shifts facing Israel in nearly two decades.

When Prime Minister Benjamin Netanyahu and President Donald Trump sit down for their first meeting at the White House, they will have a lot to discuss. Prime Minister Netanyahu will press his case against the Iran nuclear agreement, an area where he believes he has common cause with the president. President Trump will seek clarity on Israel’s settlement plans, having been surprised by Israel’s recent announcement that it would build a new one and having in return warned Netanyahu not to overplay his hand. Yet these headline-grabbing issues should not be allowed to obscure the more immediate common strategic challenges the allies face.

What the two leaders should discuss in detail is the changing balance of power in the Middle East. Russia’s intervention to save the Assad regime and its alliance with Iran and Hezbollah have eroded Israel’s deterrence by raising the costs of military action. It is one of the most significant strategic shifts facing Israel in nearly two decades.

Even before Russian forces deployed to Syria, Israel had few options to advance its interests there, in part because all outcomes carry heavy risks. So instead of articulating a preferred outcome, it has focused on preserving its deterrence against Iran, Hezbollah, Assad regime forces, and jihadi-salafist groups by clearly communicating two redlines that will trigger military force. The first red line is any attempt to transfer to Hezbollah or other armed groups strategic weapons that could alter the battlefield balance or neutralize Israel’s qualitative military edge. The second is any intentional or accidental cross-border violation of Israeli territory. Israel has launched dozens of operations of varying degrees—from airstrikes to special operations to artillery—to defend these redlines. Israel’s air superiority and other advanced capabilities, combined with its enemies’ preoccupation in Syria, has given it near total freedom of operations to preserve those redlines.

Russia’s intervention in Syria changed Israel’s strategic environment in several important ways. First, the arrival of advanced radar on the ground and a congestion of aircraft in the sky constrain the Israeli Air Force’s freedom to operate against the Assad regime and Hezbollah. Russian radar and air defenses, including the S-300 and S-400 platforms, can detect every Israeli jet taking off from airbases in northern Israel, denying Israel the element of surprise. That has led to shifts in Israeli operations. In a Dec. 7, attack on a Syrian air force base outside Damascus, Israel reportedly used surface-to-surface missiles rather than aircraft, for fear of Russian air defenses. The Israeli military is now considering buying more such missiles.

Second, Russia is coordinating military operations with Iran and Hezbollah, Israel’s primary military threats. In December, Russia and Iran announced that they would open a joint military headquarters to support Assad’s forces. As well, Russia could transfer military equipment or sensitive intelligence to Israel’s enemies, on purpose or even inadvertently. For example, the Iskander, an advanced short-range missile that can carry several warhead types, has already been deployed in Latakiya. Should Hezbollah acquire advanced Russian weapons, it could change the nature of the next Israeli-Hezbollah conflict.

Third, the Assad regime’s growing confidence could engender more aggressive responses to Israeli incursions. In a rare act, Syria’s military fired two surface-to-air missiles at Israeli jets that struck targets outside Damascus in September. More recent reports suggest that regime forces are moving south with the intention of retaking territory near the Golan that has been controlled by a combination of jihadi-salafists and militias associated with the Free Syrian Army. If fighting escalates on the Syrian side of the Golan, so will the chance of errant shells and fire landing in Israel. More importantly, retaking the border area could give Hezbollah and Iranian forces cover to resume establishing intelligence outposts along the Israeli border.

Israel walks a fine line with Russia. Bilateral relations have deepened over the past decade despite Russia’s support for Iran and Syria. The two countries benefit from military sales, trade, and important people-to-people ties. Given Russia’s growing regional role and its ability to undermine Israel’s interests, Israel has been careful not to antagonize Russia, despite the serious strategic ramifications of its Syria intervention. An unintended military confrontation between Israeli and Russian aircraft over Syria’s skies or accidental strike on Russian troops would be damaging to a wide range of Israeli diplomatic, economic, and strategic interests. The threat is real. Russian aircraft have probed Israeli airspace on several occasions, and in October, Russian jets bombed rebel positions only six miles from the Israeli border.

Some Israelis have argued that rather than helping Israel’s enemies, Russia’s deployment in Syria actually constrains Hezbollah and Iran. That may have merit for the short term, but overlooks the long-term strategic gains and power-projection capabilities that Iran and Hezbollah have developed while fighting on behalf of the Assad regime, and the training and experience that comes from combat alongside Russian forces.

In an effort to minimize fallout, Prime Minister Netanyahu and the Israel Defense Forces chief of staff travelled to Moscow at least twice in 2016 to discuss Syria with President Vladimir Putin. Between late December and early January, the two leaders reportedly spoke directly by phone at least two more times. The meetings are aimed at establishing military de-conflicting mechanisms to avoid accidental confrontations, though the extent of coordination is unclear.

All of this will be a tricky subject for Netanyahu to broach in Trump’s White House. Russia is seen as a potential ally in the fight against the Islamic State group. The Trump team’s instinct to view that group as a priority is not one generally shared by Israel’s government or military. But anything that enables Iran and Hezbollah and weakens Israel’s military deterrence, is a priority for Israeli leaders. Netanyahu’s challenge in Washington is not to reset political relations with the United States, which are sure to grow warmer at least on the surface. The challenge will be to build a constructive U.S.-Israeli dialogue with the Trump administration where complex strategic issues that affect both countries—like Russia’s role in Syria—can be addressed without the distractions of more politically tempting issues taking center stage. 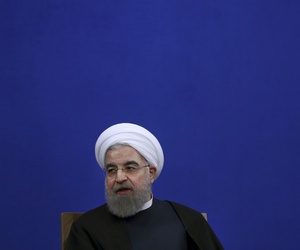 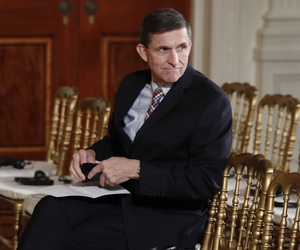 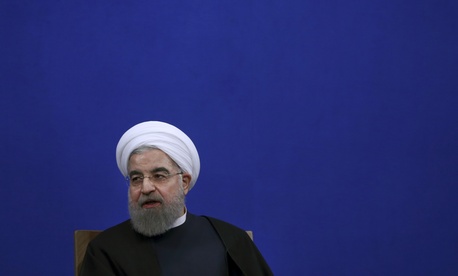 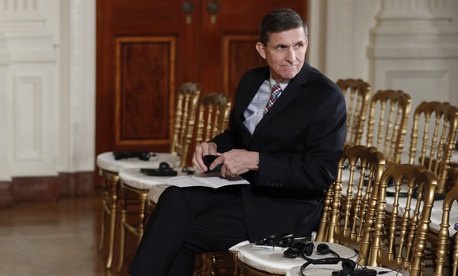