People walk through mounds of rubble which used to be high rise apartment buildings in the once rebel-held Ansari neighborhood in the eastern Aleppo, Syria on Jan. 20, 2017.

A frozen conflict would give the country space to begin rebuilding.

Last year, there was no shortage of red-tinted profile pictures, “Stand with Aleppo” tweets, and op-ed after op-ed insisting that the international community could not stand by and let Syria’s second-largest city fall to the Assad regime. Once eastern Aleppo did fall in December, critics proclaimed it the hallmark of a failed Obama policy, and comparisons to Srebrenica and echos of “never again” abounded.

But now, well into the new year, these voices have grown quiet. This may be attributed to uncertainty over the new Trump administration’s approach to Syria. But it also reflects a foreign-policy community that is not prepared to deal with a painful reality: Assad has secured his position in Syria and will not be removed from power. This is terrible to be sure, but the sooner a sober conversation begins on how to approach this reality and on the suboptimal outcomes Syria faces, the better. Dreadful as Assad clinging to power may be, there is a chance for the war to dramatically slow down. The West may not be in a position to direct this charge, but it should at least work to preserve the potential for a meaningful reduction of violence.

Assad Will Neither Lose Nor Win

For far too long, the opposition and its backers latched on to the notion that, under military threat, Assad would negotiate his own departure. With the regime’s stalwart backing by Russia and Iran, and now with the retaking of Aleppo, it should be apparent that Assad will not be removed—militarily or diplomatically.

At the same time, Assad is unlikely to make good on his vow to recapture all of Syria. The country, already wracked with war exhaustion, will likely move toward a partially frozen conflict in which Assad, the opposition, and the Kurds maintain control over their respective territories.

The most populous cities—Damascus, Aleppo, Homs, Lattakia, and Hama—would likely remain stable under Assad’s control. The regime is also likely to recapture the opposition-held suburbs around Damascus (efforts toward this are already underway) and perhaps Dara’a in the southwest. However, it would be far more difficult to retake Idlib province, the opposition’s main stronghold in the northwest. Even with substantial Russian and Iranian support, Assad was only able to recapture nearby Aleppo by cutting off the city’s supply lines to Turkey—something he could not have done without major cooperation with the Kurdish militias in Afrin. The Kurds only helped the regime in Aleppo in attempts to connect the cantons of Afrin and Kobane; it is unlikely they will come to Assad’s aid in northern Idlib.

Beyond the geographic challenge is the opposition’s numerical strength. With each piece of opposition-held territory Assad loyalists have recaptured, the regime struck deals that allowed surrendering rebel fighters to transfer to Idlib on Syria’s now-famous green buses. Thus, as the opposition grows weaker elsewhere in the country, it consolidates its power in Idlib province.

If the conflict slows, sporadic clashes between the regime and the opposition may well continue, but each side is unlikely to recapture major territory at this point. In a best-case scenario, something loosely resembling the Colombia-FARC conflict could emerge, and after a number of years we may see a divided Syria that is only technically still at war.

It is also difficult to imagine Assad retaking the substantial territory across the north held by the Syrian Democratic Forces, or SDF, a mix of Kurdish and Arab Forces led by the Kurdish People’s Protection Units and backed by the United States. Instead, with a shortage of manpower and fearing loss of territory elsewhere—especially after having lost Palmyra and nearly losing the regime’s portion of the oil-rich Deir ez-Zor to the Islamic State group—Assad would likely have no choice but to tolerate de facto autonomy for the Kurds in the north.

Make no mistake; a frozen conflict is a terrible, suboptimal outcome. Assad, empowered by a sizeable base of support (which does include a large Sunni contingent), will continue his dictatorial reign. The corruption and harsh security measures that defined pre-war Syria will surely continue and could even worsen under a regime emboldened by its victory. There will likely be reprisals against Syrians who were sympathetic to the opposition—especially ones who live in territory recaptured by the regime.

Opposition-held Idlib, meanwhile, will be hell on earth. It will be dominated by the hardline Salafists who are far more powerful than the remnants of any moderate opposition. Governance will surely be oppressive and theocratic, and minorities (assuming any remain in the province) will continue to face grave danger. If past is prologue, infighting within the opposition will continue as well, with intense competition between the various warlords vying for power and patronage. Idlib will see skirmishes between groups with virtually identical ideologies, reminiscent of northeastern Libya in 2014 and 2015 and Afghanistan in the 1990s.

As for northern Syria, Kurds will likely face continued confrontations with Turkey. If the war slows down, Ankara may engage less fiercely on the ground, but it will continue to target what is an effectively autonomous Kurdish region with airstrikes. Turkish leaders have shown little regard for Iraqi sovereignty, as shown by their strikes on the Kurdistan Workers’ Party camps in the Qandil Mountains. There is no reason to believe they would show more restraint in Syria.

And this does not even begin to address what will happen in territory held by the Islamic State, whose adversaries are continuing to close in. The Assad regime and its backers will focus on recapturing Palmyra and Deir ez-Zor; Turkish-backed rebels and the Turkish army will take al-Bab; and although the Trump administration publicly abandoned the Obama administration’s Raqqa plan, increased U.S. backing for the SDF likely means they will continue advancing on the city. It remains unclear, however, what governance in eastern Syria will look like when the Islamic State is defeated, and what will happen when the various forces converge. Competition over this territory could easily reinvigorate conflict and could indeed prove the biggest disruptor to potential stasis.

Despite these very real challenges, and the difficulty of accepting that a war criminal like Assad will remain in power, a partially frozen conflict may be the best of Syria’s possible futures. It will hardly solve the problems that led to civil war in the first place. But a reduction in violence that allows the country to begin rebuilding would be a marked improvement to the current situation.

It would certainly be better than the violent ouster of Assad. In such a scenario, the clashes among the opposition groups and the fragmented regime supporters would take place not only in Idlib province but across the country, including in its most populous cities. Expanded areas of conflict would expose far more civilians to violence, dramatically increasing refugee flows. Furthermore, Syria would be carved into miniature fiefdoms controlled by local warlords, creating an environment far more welcoming to transnational terrorist groups. The whole of Syria would be rendered a failed state.

Stasis would also be better than trying to force Assad to negotiate his departure by military means. This would only drag out the hottest phase of the war, prolonging the extreme violence, high casualty rates, and destruction of infrastructure seen during the first six years of the conflict—all while diminishing the prospects for stability and security ever returning to the country.

The foreign policy community was quite vocal about the need for intervention against the Assad regime. But now that it is clear Assad will not fall, the discussion on Syria cannot be muted. Instead, there needs to be a realistic and honest exploration of the remaining possible outcomes.

If, for example, a partially frozen conflict as detailed above becomes Syria’s new reality, an array of questions needs to be addressed: Should Assad be isolated or should there be continued diplomatic efforts to push for reforms and measures that would address some, but certainly not all of Syria’s post-war problems? Will continued support for and engagement with select opposition groups in the northwest weaken the grip of hardline Salafists, or will it prolong the conflict with Assad? Can Syria ever be reunified, or is partition a long-term reality for the country?

Whether exploring this or other paths, the foreign policy community needs to be more amenable to a sober conversation. Some have begun these discussions, but so far they are few and far between. There was a great deal of excitement and energy exerted in the discussion on how to attack and oust Assad; whether that was ever a productive conversation is beside the point. Today, that energy needs to be directed along more constructive avenues. The region’s security and Syria’s future are at stake. 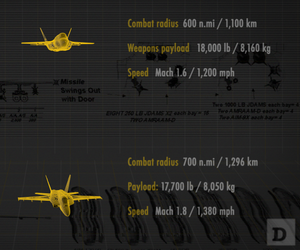 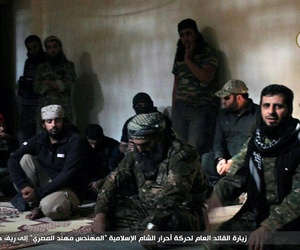 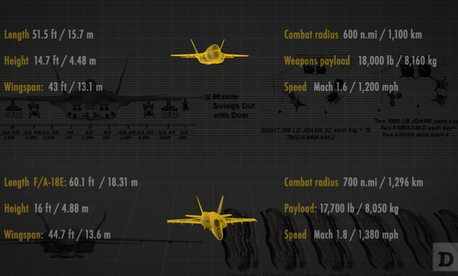 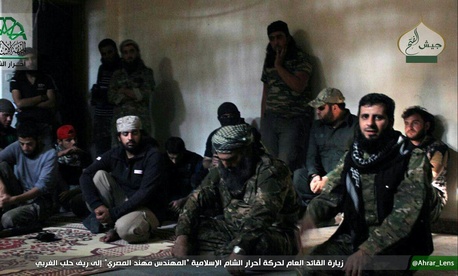